It has been nearly a decade since a social gathering aimed at easing middle-aged and older men's dependence on alcohol in Japan was founded in Ishinomaki, Miyagi Prefecture, following the 2011 Tohoku earthquake and tsunami.

On the second Sunday of each month, a steady stream of men trickles into a room on the first floor of a building in front of East Japan Railway Co.'s Ishinomaki Station to chat while playing games, such as shogi (Japanese chess) and mahjong. 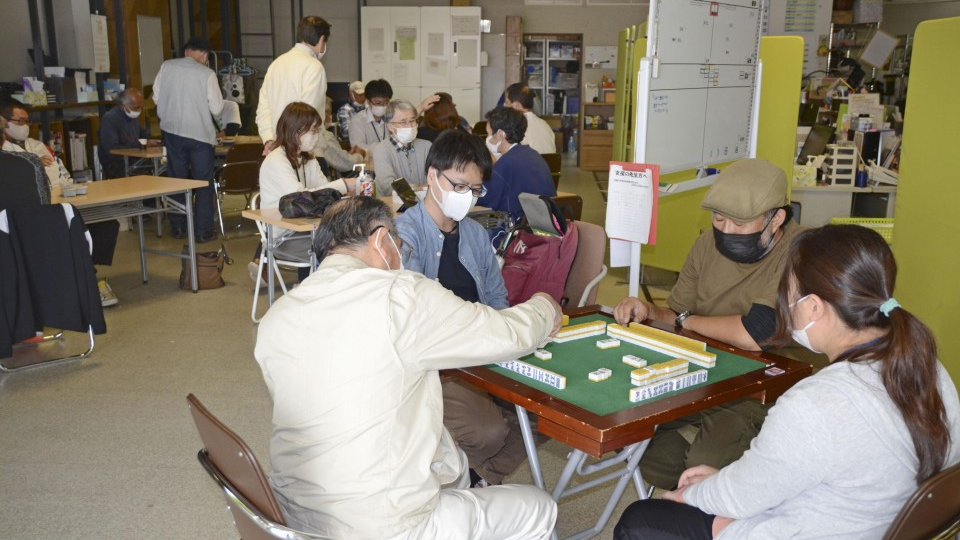 Middle-aged and older men, many of whom lost family and other loved ones in the 2011 Tohoku earthquake and tsunami and have become dependent on alcohol, gather for a social event in Ishinomaki, Miyagi Prefecture, on June 12, 2022. (Kyodo)

They gather to relieve some of their loneliness and despair from having lost family members and other loved ones to the devastating natural disaster that struck Ishinomaki and other areas in the northeastern Japan region of Tohoku on March 11, 2011.

Most of the participants are dependent on alcohol and live alone.

The event, called "Ojikoro," was started in June 2013 to help prevent isolation among such men. It became a rendezvous point for them to enjoy cooking and eating meals together, as well as other activities, including cherry-blossom viewing and fishing.

Amid the coronavirus pandemic, the gatherings have been divided into morning and evening sessions, with the group of about 30 participants split into two groups and the time shortened to about 2 hours in total.

An analysis of data released by the Ministry of Health, Labor and Welfare found that since the disaster, there has been a steep rise in the number of people seeking advice about alcohol consumption from prefectural mental health welfare centers and municipalities in Iwate, Miyagi and Fukushima prefectures. 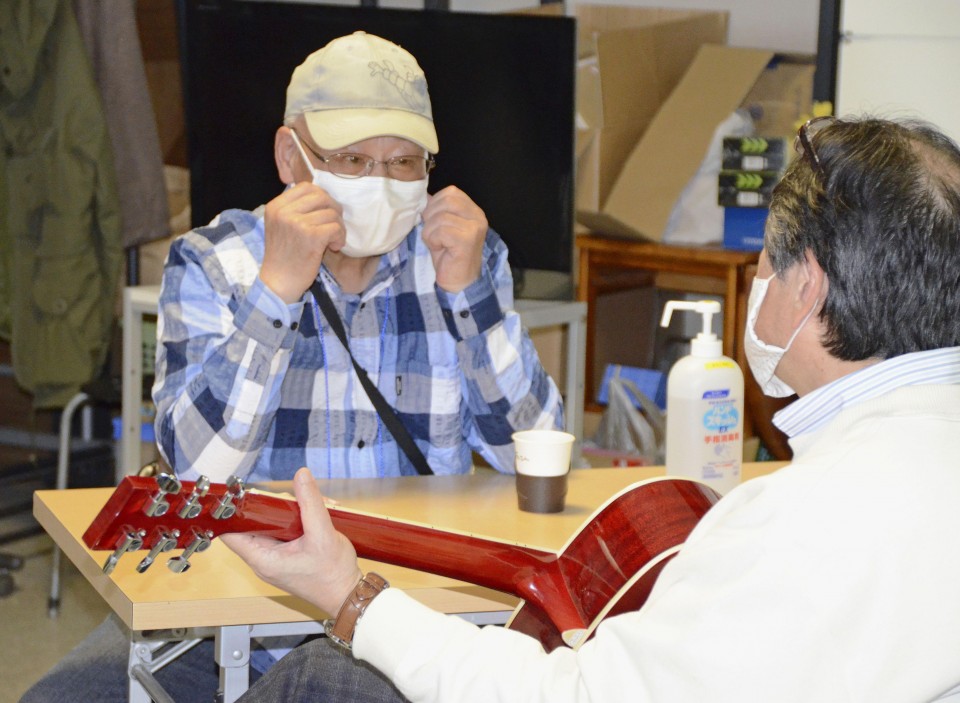 Kazuya Shizukuishi (facing front), a participant of the social gathering called "Ojikoro," speaks and laughs with staff at an event in Ishinomaki, Miyagi Prefecture, on June 12, 2022. (Kyodo)

Problem drinking has increased among people who lost loved ones or jobs as a result of the disaster due to the extra free time they found themselves with, said psychiatrist Keizo Hara, 73, head of "Shinsai Kokoro Care Network Miyagi," which organizes the events.

But the participants rarely talk about the disaster -- an indication that the men tend to keep their feelings pent up, Hara says. "Compared with women, middle-aged and older men tend not to seek help when they are mentally driven into a corner," he said. But the gathering "gives support to them within a circle of people and paves the way for treatment," he added.

Participants must promise "not to drink, gamble or cause trouble for others" during the events. But they are not blatantly banned from consuming alcohol on their own, as the gathering is aimed at helping them recognize the need to control their habit through conversations and activities with others. It is important that they refrain from drinking even for this short period, Hara said.

More participants without drinking problems are also attending the events. Kazuya Shizukuishi, 70, who lost his wife, two daughters and father-in-law in the disaster, rarely talks about the tragedy. Nonetheless, he says it is "painful" to live alone in a room in a public housing complex for disaster victims. "It brightens my mood to just make small talk with the others here," he said.

Some members who were unable to kick their drinking habits have died in the past decade. "We feel sad because we couldn't help them," counselor Nobuyasu Takayanagi, 48, said.

"But there are people who couldn't stop drinking even though they tried. We continue our activities, hoping to help give participants even a brief respite from their pain."