Prime Minister Fumio Kishida may replace Defense Minister Nobuo Kishi, who received help from members of a religious group that has been in the spotlight since the killing of former Japanese premier Shinzo Abe, in a Cabinet revamp to boost flagging public support, sources close to the matter said over the weekend.

Kishida is expected to retain key members of his Cabinet such as Finance Minister Shunichi Suzuki, Foreign Minister Yoshimasa Hayashi, and land minister Tetsuo Saito, a member of Komeito, the junior coalition partner of the ruling Liberal Democratic Party, the sources said. The reshuffle, the first since the ruling coalition's sweeping election victory last month, is being planned for Wednesday. 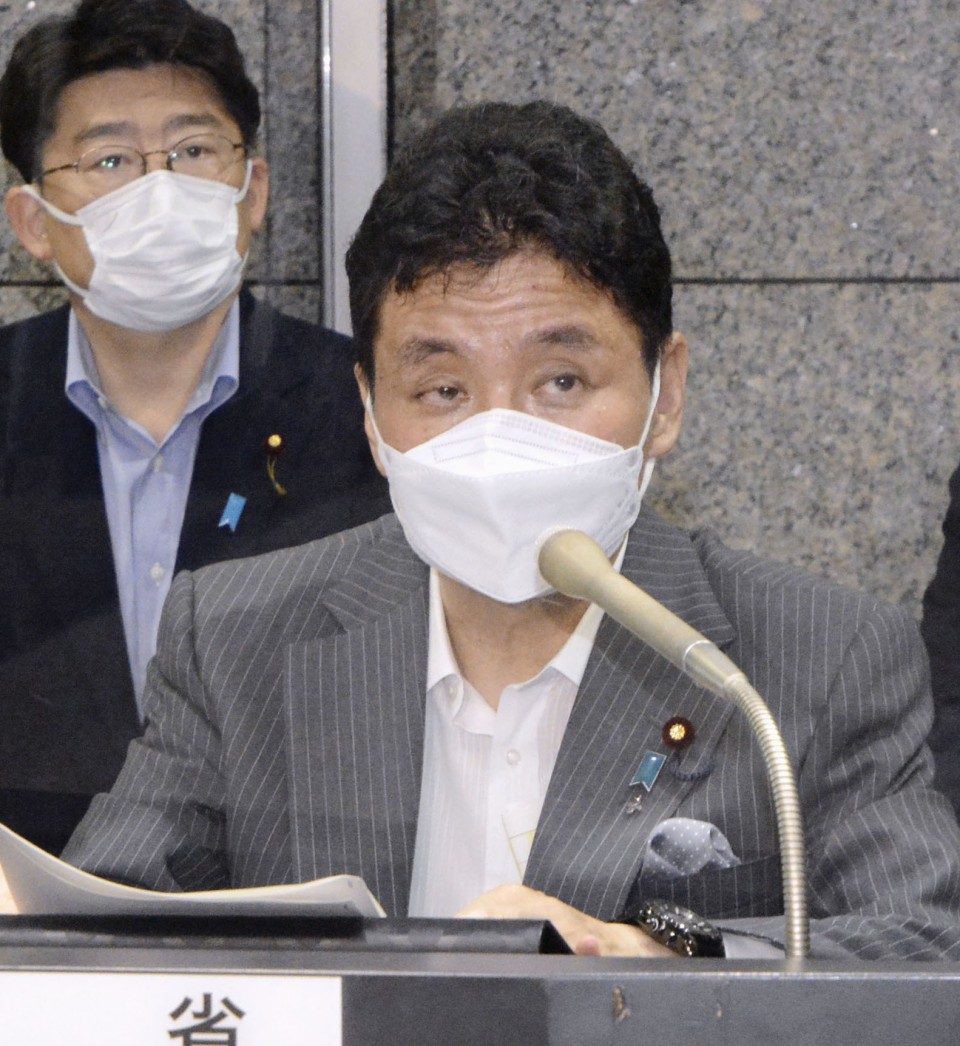 Japanese Defense Minister Nobuo Kishi speaks at a press conference at the ministry in Tokyo on Aug. 4, 2022. (Kyodo)

The prime minister, who heads the LDP, said Saturday he will instruct all Cabinet ministers, both incumbent and prospective, to check and clarify links to the Unification Church.

The remark came amid increasing public scrutiny over the relationship between lawmakers and the Unification Church, after Abe was fatally shot by a man who investigative sources say held a grudge against the religious group and believed Abe had ties with it.

Kishi, a brother of Abe, has denied receiving organizational support from the Unification Church, formally known as the Family Federation for World Peace and Unification. But he admitted that he received help in past elections. He has expressed his intention to review his relationship with the group.

But the main reason for replacing Kishi as defense chief is his poor health, the sources said.

Followers of the Unification Church have been convicted in Japan in connection with money illegally obtained from people through the use of threats, including the citing of "ancestral karma." Over 80 percent of respondents in a recent Kyodo News poll said politicians need to clarify whether they have connections with the group.

Public support for Kishida's Cabinet has dipped in media polls in the midst of controversy over the Unification Church and whether a state funeral is appropriate for Abe.

Kishida is also expected to revamp the lineup of LDP executives, though Vice President Taro Aso and Secretary General Toshimitsu Motegi are expected to retain their posts, senior administration sources have said.

He is weighing the option of replacing the party's policy chief Sanae Takaichi with Koichi Hagiuda, who is currently industry minister, other sources said.

Following the death of Abe, who headed the largest faction in the LDP and remained influential even after stepping down as premier in 2020, attention is being paid to how many from the faction will be part of Kishida's new Cabinet. Chief Cabinet Secretary Hirokazu Matsuno, who belongs to the group previously led by Abe, is expected to stay on, the sources said.

Kishida also leads his own group of LDP lawmakers.

The prime minister said a new lineup is needed to tackle a slew of challenges, from COVID-19 and inflation to Russia's war in Ukraine and heightened tensions in the Taiwan Strait.

"I'd been always thinking about making a new start with new members, given the challenges," Kishida said Saturday in a press conference after attending a ceremony to mark the 77th anniversary of the U.S. atomic bombing of Hiroshima.