FOCUS: Ukraine crisis to slow U.K. tilt to Indo-Pacific as 2 vie for PM

Britain's choice of its next prime minister, to be announced at the end of the ruling Conservative Party's leadership race Sept. 5, is unlikely to change its global strategic partnership with Japan, but its engagement with the Indo-Pacific could stall due to Russia's war in Ukraine, observers say.

Regardless of whether Foreign Secretary Liz Truss, the front-runner, or her rival Rishi Sunak, a former chancellor of the exchequer, wins the race, the Ukraine crisis is likely to affect Britain's budget allocation and asset deployment to the region, creating a source of concern for countries such as Japan and the United States that are seeking to build a united front against an increasingly assertive China. 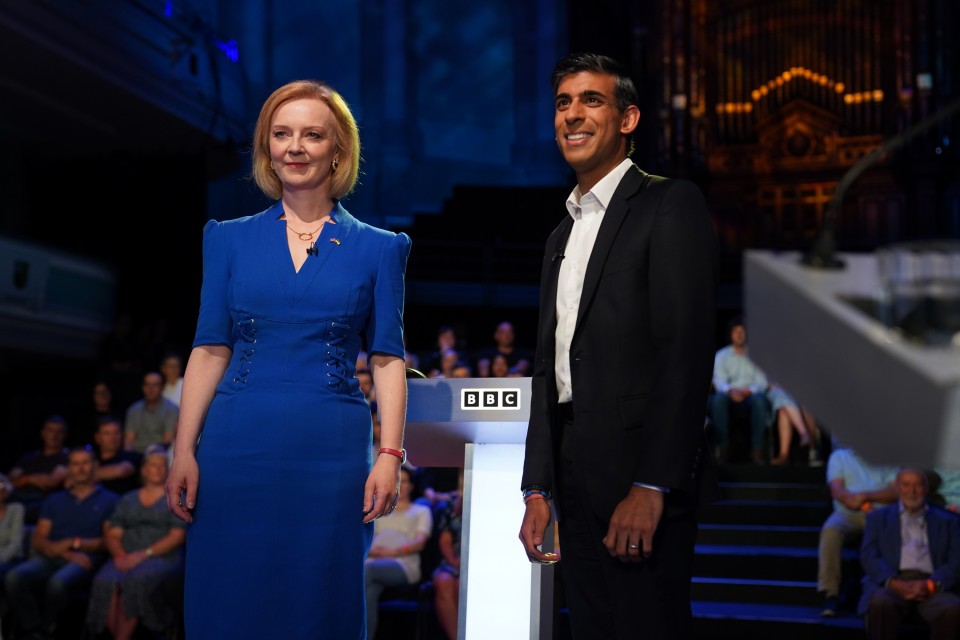 Scholars say both candidates are likely to base their diplomacy on Britain's 2021 Integrated Review of security, defense, development and foreign policy, which sets out a "tilt" to the Indo-Pacific. Truss has taken a more hawkish foreign policy stance than Sunak, including on China.

"Japan will want the United Kingdom to deliver on its tilt to the Indo-Pacific, but Japan will be worrying about the U.K.'s ability to deliver on its commitments, especially given the demands arising from Russia's invasion of Ukraine," said Robert Ward, Japan chair and director of geo-economics and strategy at the International Institute for Strategic Studies.

"Domestic issues and Ukraine may distract attention from the Indo-Pacific in the short term," Ward said in an interview, referring to Britain's high inflation and cost of living crisis. "The U.K.'s strategic relationship with Japan, meanwhile, is good and deepening."

Michito Tsuruoka, an associate professor of international security and European politics at Keio University, offered a similar view, saying Britain's immediate priority is to extend military and economic aid to Ukraine and strengthen defense and deterrence against Russia in partnership with other North Atlantic Treaty Organization members.

The focus on Ukraine could push back the timing of the next dispatch of a Royal Navy aircraft carrier to the Indo-Pacific for joint exercises and other operations following the deployment of the Queen Elizabeth and its strike group to the region last year, Tsuruoka said in an interview.

With Prime Minister Fumio Kishida having warned that "Ukraine today may be East Asia tomorrow," Japan and other regional powers are closely watching the race to 10 Downing Street, especially as China is stepping up attempts to alter the status quo over Taiwan as well as in the East and South China seas by force or coercion in a challenge to the rules-based international order while seeking to boost its influence over Pacific island states.

While Sunak, a former Goldman Sachs financier of Indian ancestry, would be Britain's first ethnic Asian leader, Truss is a more familiar face in the region partly because she, as international trade secretary, struck bilateral free trade agreements with Japan and Australia after Britain exited the European Union in 2020.

Recent polls showed Truss held a 22- to 38-point lead over Sunak among the estimated 160,000 Conservative Party members choosing the successor to Boris Johnson, who announced in July that he would resign as party leader and prime minister following a series of scandals.

Known as a China hawk, Truss, 47, has called for the West to learn the lessons from Russia's military aggression in Ukraine and help Taiwan defend itself against a possible Chinese invasion.

Sunak, 42, had advocated a "mature and balanced relationship" with China but recently hardened his stance after Truss allies accused him of being "soft" on Beijing.

They accused Sunak, when he was Treasury chief, of seeking to resume the Economic and Financial Dialogue with China, a key bilateral meeting that has been suspended since 2019, despite Beijing's crackdowns on pro-democracy lawmakers and activists in Hong Kong, a former British colony.

Sunak, meanwhile, has also won praise from the Global Times, a sister publication of the Communist Party of China's People's Daily, being described as the only candidate with a "clear and pragmatic view on developing U.K.-China ties."

"Mr. Sunak had no choice but to stress that he is tough on China. Being soft on China is now politically negative in Britain, particularly among Tory backbenchers," Tsuruoka said, referring to rank-and-file Conservative Party members of parliament.

"This is a new development in British politics because it was only seven years ago that the Conservative government of Prime Minister David Cameron touted a 'golden era' of relations with China," he said.

"Sentiment toward China soured sharply after Beijing reneged on its promise to uphold a high degree of autonomy and the freedom of assembly and speech in Hong Kong upon the territory's return to Chinese rule in 1997."

China's trade restrictions on Australia -- widely seen as economic coercion against then-Prime Minister Scott Morrison's call in 2020 for an investigation into the origins of COVID-19, first detected in China -- were yet another factor in hardening the Johnson government's position on Beijing, according to Tsuruoka.

Asked if attacks on Sunak are justified, Ward said, "China exerts a large economic gravitational pull for obvious reasons. The Treasury will have been looking mainly at the economic benefits of the relationship with China."

"One thing this highlights is the need for cross-ministry coordination on China in the U.K.," he said. "Economic and security issues overlap, especially when it comes to China."

Tsuruoka pointed out that Truss puts strong emphasis on values such as freedom, democracy and human rights in promoting the Indo-Pacific tilt, which he said is effective in uniting the Group of Seven industrialized nations against China and consolidating party members' support in the leadership contest.

It could, however, prove counterproductive in bringing Southeast Asian countries on board in countering China or Russia, he said.

The scholar quoted Freedom House, a U.S. organization dedicated to the expansion of freedom and democracy globally, as saying that none of the 10 member states of the Association of Southeast Asian Nations are rated as "free" as measured by people's access to political rights and civil liberties.

"Foreign Secretary Truss's push for the Indo-Pacific tilt often sounds quite ideological and she frames the war in Ukraine as a battle between democracy and autocracy, which, however, does not align with Japan's stance," Tsuruoka said.

"Tokyo avoids stressing the value aspect and instead focuses on the rule of law, for example, by saying, 'A change in the status quo by force must not be tolerated,'" he said. "If Ms. Truss became prime minister and still insists on the democracy versus autocracy approach, she may find it difficult to build a wider coalition in the Indo-Pacific and beyond."