Nishimura met with officials of Tokyo Electric Power Company Holdings Inc., operator of the Fukushima Daiichi plant, and chiefs of local governments and the prefectural assembly, as his ministry faces multiple challenges such as a plan to discharge treated water containing trace amounts of tritium into the sea. 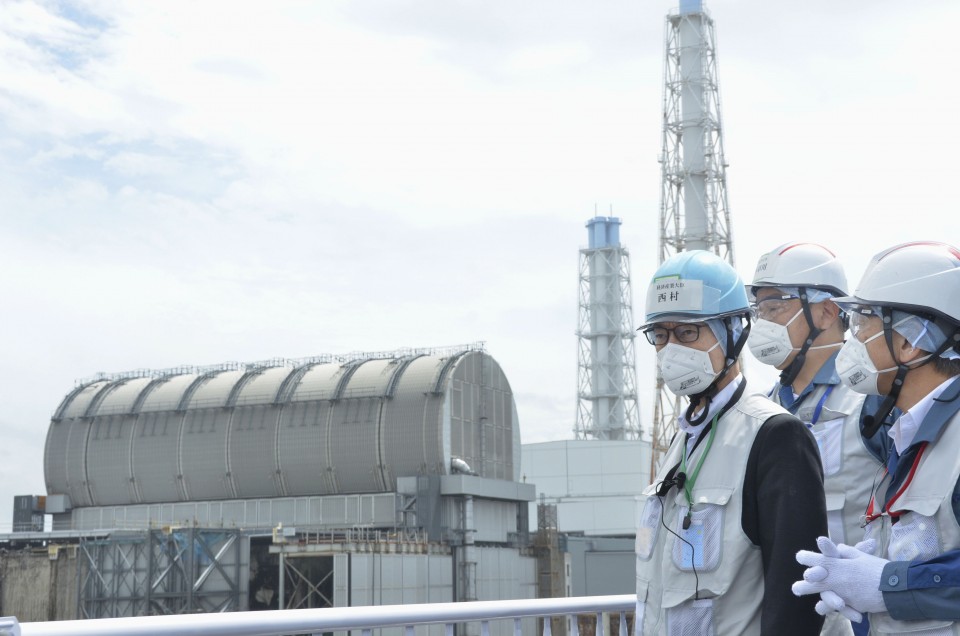 "I will give my best in gaining understanding on safety (of the discharge plan) and preventing reputational damage" to local businesses, Nishimura said at a meeting with Fukushima Gov. Masao Uchibori, which was partly open to the press.

Nishimura was named as chief of the Ministry of Economy, Trade and Industry in the Aug. 10 Cabinet reshuffle.

Earlier in the month, local government chiefs from the prefecture called on the central government to take measures to prevent reputational damage to local businesses selling marine products, a key concern among the fisheries industry which opposes the discharge expected to begin next spring.

The request was made by the mayors of Okuma and Futaba, the two towns hosting the Fukushima plant, and the Fukushima governor during a meeting in Tokyo with Nishimura's predecessor Koichi Hagiuda, now chairman of the ruling Liberal Democratic Party's Policy Research Council.

The local government heads have also urged the central government to create an environment where marine products are traded at fair prices so that residents, particularly young people, can operate competitive businesses.

According to the discharge plan, the water -- treated through a processing system that removes radionuclides except for tritium -- will be released 1-kilometer off the Pacific coast of the plant through an underwater pipe.

While construction of discharge facilities is under way following approval of the plan by the Nuclear Regulation Authority, neighboring China continues to oppose the release of the treated water.

South Korea has also expressed concerns over the plan.