A Tokyo-based venture company is drawing attention in Japan for its unique service of recreating voices via artificial intelligence for people who lose theirs due to cancer surgery.

CoeFont Co. uses AI to learn the pitch and accent of a user's voice, along with their conversational speed before surgery takes place. It then creates a synthetic voice that reads out text inputted by users that sounds just like their original voice.

Led by a student and faculty member of the Tokyo Institute of Technology, CoeFont has received over 100 inquiries for the free of charge service. 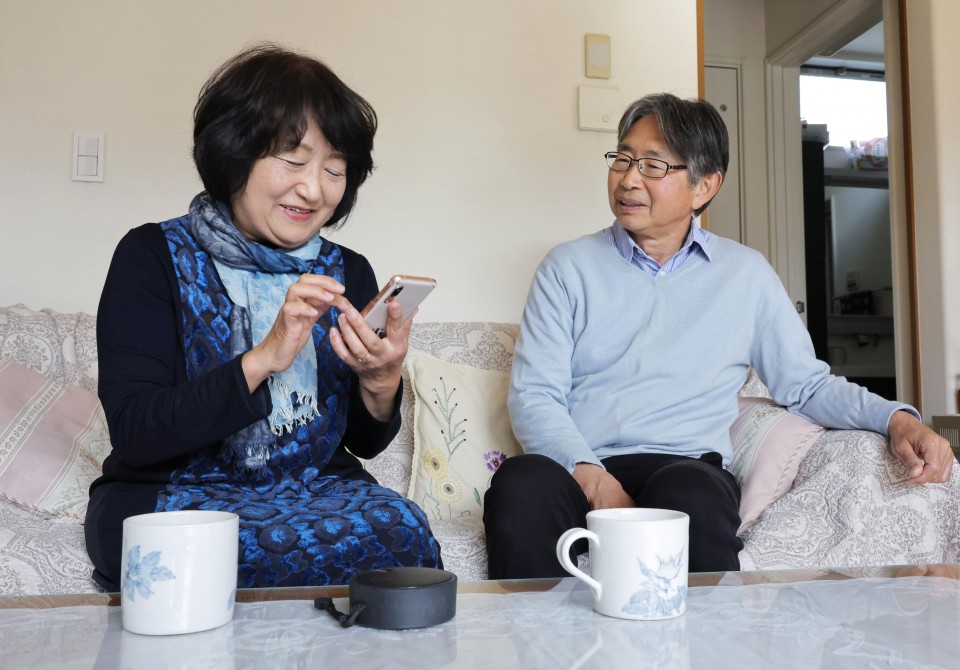 The company had initially not intended to develop AI-backed technology for this service, according to Shogo Hayakawa, the CoeFont president and a third-year student at the Tokyo university.

Hayakawa had designed the service for video creators who post their content on sites such as YouTube, using AI to read out sentences after learning the voices of announcers and voice artists.

Hayakawa realized the service's usability for medical purposes when Michiko Sakai, a 67-year-old resident of Tokyo, approached him after she was diagnosed with tracheal cancer in April 2021.

The cancer had spread to the nerves in her vocal cords, meaning Sakai would not be able to speak after surgery.

Sakai, a counselor by profession, and her husband Masahiko, 68, found CoeFont after searching on the internet. She contacted the company before it officially launched its service for video creators in July 2021.

Sakai was made to read 700 sentences eight days before the surgery, so AI could have her voice recreated.

"Supporting Ms. Michiko made me realize that there was another way to utilize the service," Hayakawa said.

Sakai said, "The first person I spoke to after the surgery was a nurse at the hospital. She was surprised to hear that my voice was the same as before, that made me happy."

As Sakai types a sentence on her smartphone, a natural sounding voice comes from a speaker a short distance away. The words are smoothly connected, making it difficult to believe that the voice has been synthesized.

"There is nothing strange about it," Masahiko, the husband, said. "We converse naturally."

According to a Tokyo-based organization representing voiceless people, Japan has 20,000 to 30,000 people who have lost their voice due to cancer.

While there are ways to speak using the esophagus instead of the vocal cords or by using a special machine, such methods require training and the results vary from person to person.

Masanori Matsuyama, head of the organization, appreciated CoeFont's service, saying, "Although it requires typing, anyone can easily use it and speak in their own voice."

Matsuyama said he hopes to see AI make further progress and reproduce voices by reading the movement of a person's mouth.