The sisters of a Sri Lankan woman who died last year while being detained at an immigration center in Nagoya filed a complaint Monday with a judicial panel to seek a review of prosecutors' decision not to bring charges in the case.

The move came after the Nagoya District Public Prosecutors Office decided in June not to prosecute 13 officers at the facility, including its director at the time, over Ratnayake Liyanage Wishma Sandamali's death on March 6, 2021.

Wishma, who was detained for overstaying her visa in 2020, died after complaining of ill health including vomiting and stomachaches for around a month. 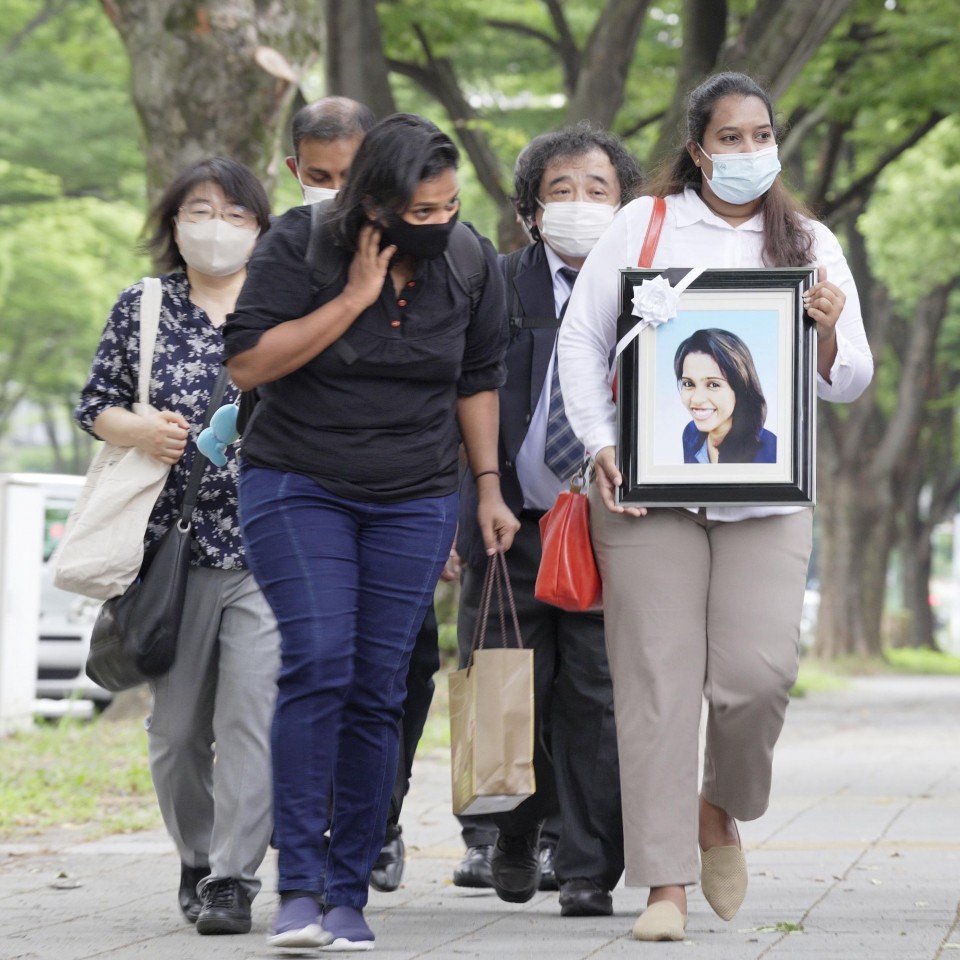 Ratnayake Liyanage Wishma Sandamali's younger sister Poornima, holds Wishma's picture as she heads to file a complaint with the Committee for the Inquest of Prosecution in Nagoya, Japan on Aug. 8, 2022. (Kyodo)

The sisters, Wayomi, 29, and Poornima, 28, say it was clear that Wishma, who was 33 when she died, would have lived had the officials at the Nagoya Regional Immigration Services Bureau given her appropriate care.

They asked the Committee for the Inquest of Prosecution, an independent panel of citizens tasked with reviewing prosecutors' decisions, to re-evaluate the case, saying the officials should be held criminally responsible.

The prosecutors said they could not make a conclusion on the cause of death or establish a causal relationship between the way she was treated and her death.

They also said they could not accept the claims that the center failed to provide Wishma with appropriate food and health care.

Her death sparked national outrage over her treatment at the time, forcing the government a few months later to drop a bill revising rules on foreigners facing deportation, including asylum seekers.

Wishma arrived in Japan in 2017 as a student, but was taken into custody at the immigration facility in August 2020 for overstaying her visa after an earlier asylum application had been rejected. Her family filed a complaint in November 2021 with prosecutors.