Taiwan's Presidential Office and the Foreign Ministry declined to comment Monday. A visit by a U.S. congressional leader is sure to draw ire from China, which claims the democratic self-ruled island as its own. 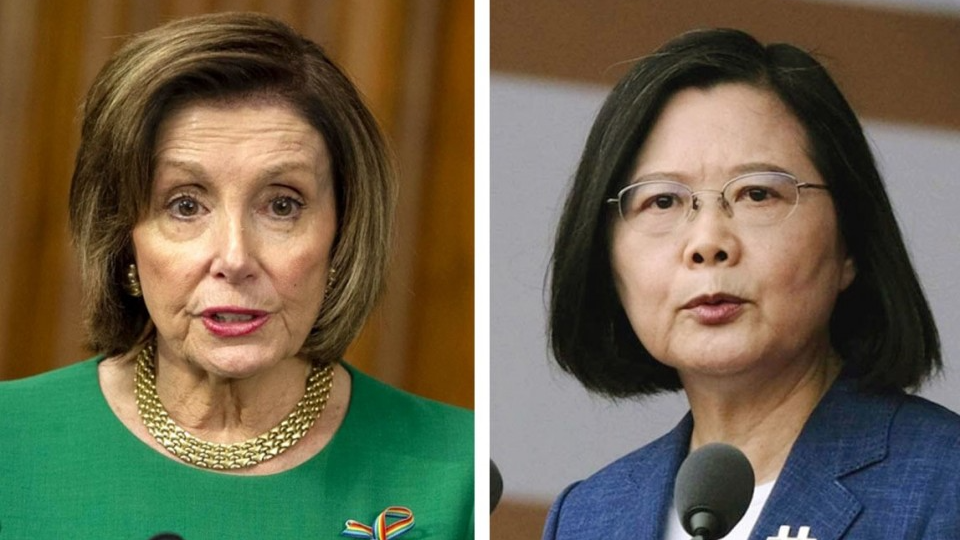 Pelosi started a four-nation Asia tour Monday in Singapore. The three other countries are Malaysia, South Korea and Japan.

She had originally planned to visit Taiwan in April. However, the trip was postponed after she tested positive for COVID-19.

Reports suggesting Pelosi might visit Taiwan in August have angered Beijing, which has threatened military countermeasures.

On Monday, Chinese Foreign Ministry spokesman Zhao Lijian warned in a press conference in Beijing that Pelosi's Taiwan visit will be "a gross interference in China's internal affairs" and "greatly undermine the China-U.S. relations" as well as trigger "egregious political impact."

He reiterated the Chinese military will "never sit idly by" and Beijing will take "strong and resolute measures to safeguard our sovereignty," but did not elaborate on what kind of specific measures the country would take.

In response to Pelosi's possible visit to Taiwan, China conducted live-fire drills Saturday off its coast opposite the self-ruled island, according to the Global Times, a tabloid of the Communist Party of China.

In a phone call last Thursday, Chinese leader Xi Jinping warned U.S. President Joe Biden over Taiwan, saying Beijing would safeguard its "territorial integrity" and urging Biden not to question the "strong will" of the 1.4 billion people of China.

"Those who play with fire will perish by it," Xi told Biden, according to the Chinese Foreign Ministry.

The United States changed its diplomatic recognition from Taipei to Beijing in 1979 but has maintained unofficial relations with Taiwan and supplies the island with arms and spare parts to maintain sufficient self-defense capabilities.