China continued Monday its military drills near Taiwan launched in response to U.S. House of Representatives Speaker Nancy Pelosi's visit to the island last week, keeping cross-strait tensions high and raising fears it may be seeking to normalize its military pressure in the area.

The large-scale exercises, dubbed by local media as "Taiwan lockdown" drills, have been conducted since Thursday in six locations encircling the self-ruled democratic island. They have involved ballistic missile launches and the crossing of the median line in the Taiwan Strait by Chinese warplanes and naval vessels.

Some of the missiles flew over the island, according to Chinese state-run media. Tokyo lodged a protest with Beijing after five of them fell in Japan's exclusive economic zone on Thursday. 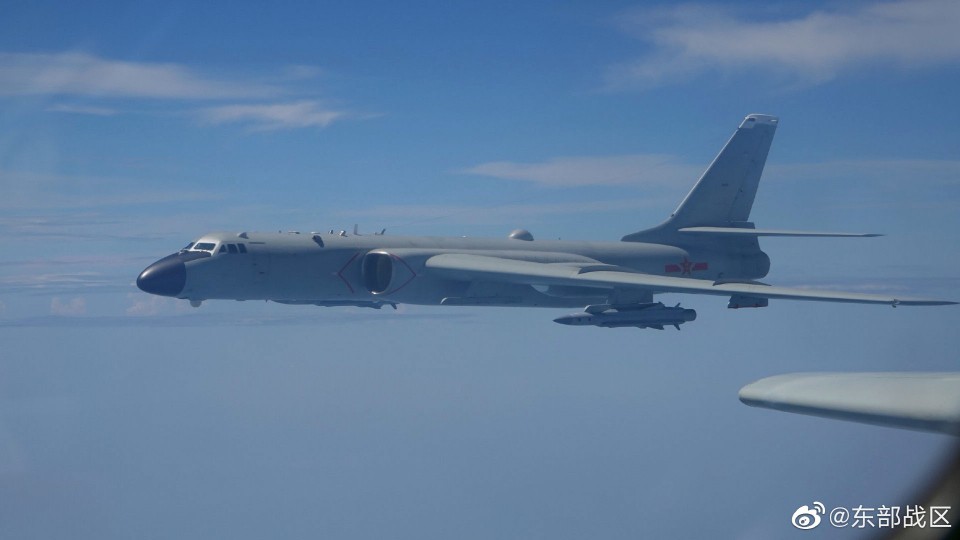 On Monday, the People's Liberation Army's Eastern Theater Command said its drills in waters near Taiwan focus on anti-submarine and air-to-ship strikes.

Beijing, which views Taiwan as part of its territory, has been infuriated by Pelosi's visit and claims the dills are "legitimate" steps.

"China has every reason to make a strong response. Our position is legitimate, reasonable and proportionate," he said, adding the exercises, aimed at punishing the "Taiwan independence forces," are conducted in "our own waters" in "open, transparent and professional" manners in line with the international law.

On Sunday, the military focused on testing joint fire to strike land and long-range aerial targets, according to the official Xinhua News Agency.

The operation "honed and improved the capabilities to destroy crucial island targets with precision strikes," the agency quoted Zhang Zhi, an air force officer of the Eastern Theater Command, as saying on Sunday.

Taiwan's Defense Ministry said Sunday a total of 14 Chinese vessels and 66 aircraft were deployed that day, apparently simulating attacks on the island and its ships, with some crossing the median line. Drones also flew over outlying islands, it added.

In addition to increasing military threats, China has also restricted trade between the mainland and Taiwan, and suspended exchanges with the United States in eight areas including dialogue between military commanders and bilateral talks on climate change.