Japanese industry minister Yasutoshi Nishimura on Saturday visited Tokyo's Yasukuni shrine, regarded as a symbol of Japan's past militarism by its Asian neighbors.

The visit to the Shinto shrine, which honors convicted war criminals along with more than 2.4 million war dead, came ahead of the 77th anniversary of Japan's surrender in World War II on Monday. He is the first minister known to have visited the shrine since Prime Minister Fumio Kishida's government was launched in October last year. 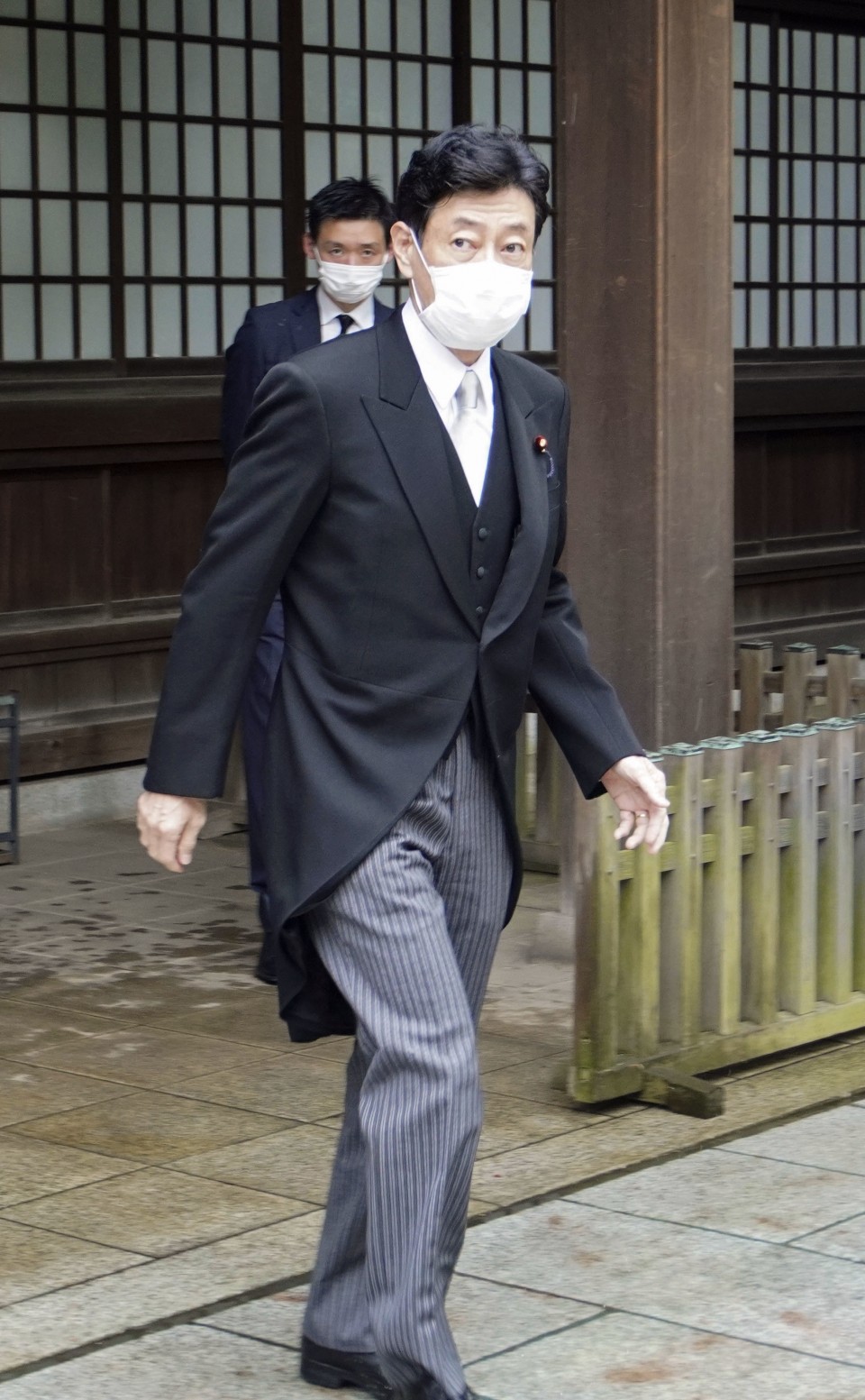 "I resolved to make utmost efforts for the peace and development of Japan, also thinking of the late Prime Minister Shinzo Abe," Nishimura told reporters, referring to the conservative former leader who was gunned down last month while campaigning for a national election.

No members of the Cabinet, including Kishida, went to Yasukuni, a source of diplomatic friction with China and South Korea where bitter memories of Japan's wartime acts still run deep, during the shrine's biannual festivals last October and in April.

"Japan's postwar prosperity is built on the sacrifices of its predecessors," said Nishimura, who was appointed Wednesday as the economy, trade and industry minister in Kishida's reshuffled Cabinet, adding he wanted to visit the shrine in a "quiet environment" so did so two days before the war anniversary.

Established in 1869 to commemorate those who gave their lives for Japan, Yasukuni in 1978 added wartime Prime Minister Gen. Hideki Tojo and other convicted war criminals to the war dead enshrined there.

Nishimura belongs to the Liberal Democratic Party's biggest faction previously led by Abe, who was shot dead by a lone gunman in the western city of Nara on July 8, two days before a House of Councillors election.

This year's war anniversary comes amid heightened tensions with China over Taiwan, including the Chinese military's recent firing of ballistic missiles during drills that fell in Japan's exclusive economic zone.

Japan and China will mark the 50th anniversary of the normalization of diplomatic ties in September, but there is little mood for celebration on either side.