A small fire erupted Saturday in onstage equipment during a concert of Japanese male idol group King & Prince in Sapporo, with one person among the thousands of spectators sent to hospital after feeling unwell, venue officials and the local fire department said.

Some of the roughly 8,000 audience members were evacuated from the Hokkaido Prefectural Sports Center in the northern Japanese city when the fire broke out at around 2:30 p.m. from equipment hanging from the ceiling, causing fire sparks to fall on seats near the stage. The event was cut short and the evening concert was canceled.

"The fire started while (King & Prince) members were singing," said a 27-year-old Sapporo woman. "It was put out a few minutes later." 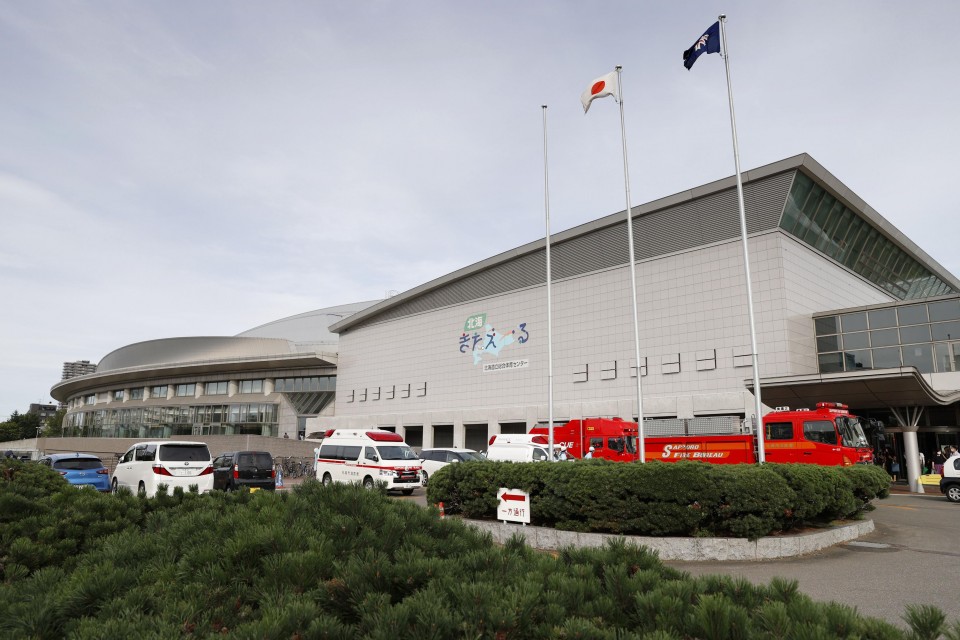 According to the group's management agency Johnny & Associates, the cause of the fire was an electrical short due to poor contact of cables of a machine producing special effect smoke. The gymnasium has a maximum capacity of 10,000.

Speaking after the fire was extinguished, some other fans said the air smelled like fireworks and their eyes felt irritated.

But there was no major confusion, they said, as the band members called out to the audience, "It's okay."

The person brought to hospital by ambulance was fully conscious, according to the fire department.

King & Prince, known among fans as "Kinpuri," consists of five men in their 20s.

Johnny & Associates apologized for what happened in a statement. "We take this accident very seriously and will review safety checks and systems not only in the areas that caused it, but also in all other areas to ensure safety in the future," it said.