On Saturday, I proudly stood with Japan's prime minister, Fumio Kishida, and the people of Hiroshima in memory of an unprecedented catastrophe.

Seventy-seven years ago, nuclear weapons were dropped on the people of Hiroshima and Nagasaki. 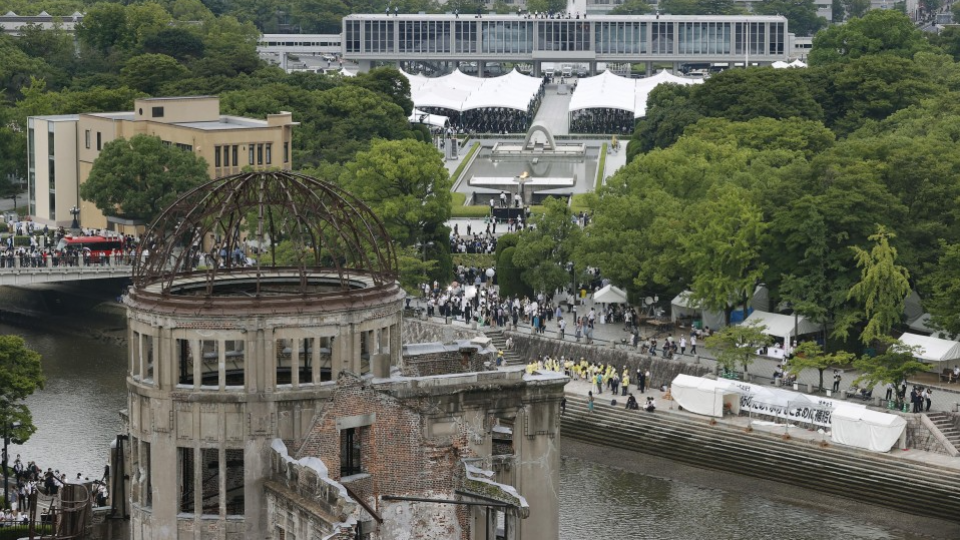 A ceremony is held at the Peace Memorial Park in Hiroshima, western Japan, on Aug. 6, 2022, the 77th anniversary of the U.S. atomic bombing of the city. (Kyodo) ==Kyodo

Tens of thousands of women, children and men were killed in the blink of an eye, incinerated in a hellish fire. Buildings turned to dust. The cities' beautiful rivers ran with blood.

Those who survived were cursed with a radioactive legacy, stalked by health problems, and subjected to lifelong stigma because of the nuclear bombing.

I had the great honor of meeting with a group of those survivors -- the hibakusha, whose numbers grow smaller each year. They told me with unflinching bravery what they witnessed on that terrifying day in 1945.

It is time for world leaders to be as clear-eyed as the hibakusha and see nuclear weapons for what they are. Nuclear weapons make no sense. They cannot deliver safety, protection or security. By design, they deliver only death and destruction.

Three-quarters of a century have passed since mushroom clouds swelled above Hiroshima and Nagasaki. Since then, humanity has endured a Cold War, decades of absurd brinksmanship, and several terrifying near-misses that placed humanity within minutes of annihilation.

But even during the depths of the Cold War, nuclear powers made significant reductions in their nuclear arsenals. There was widespread acceptance of the principles against the use, proliferation and testing of nuclear arms.

Today, we are in danger of forgetting the lessons of 1945. 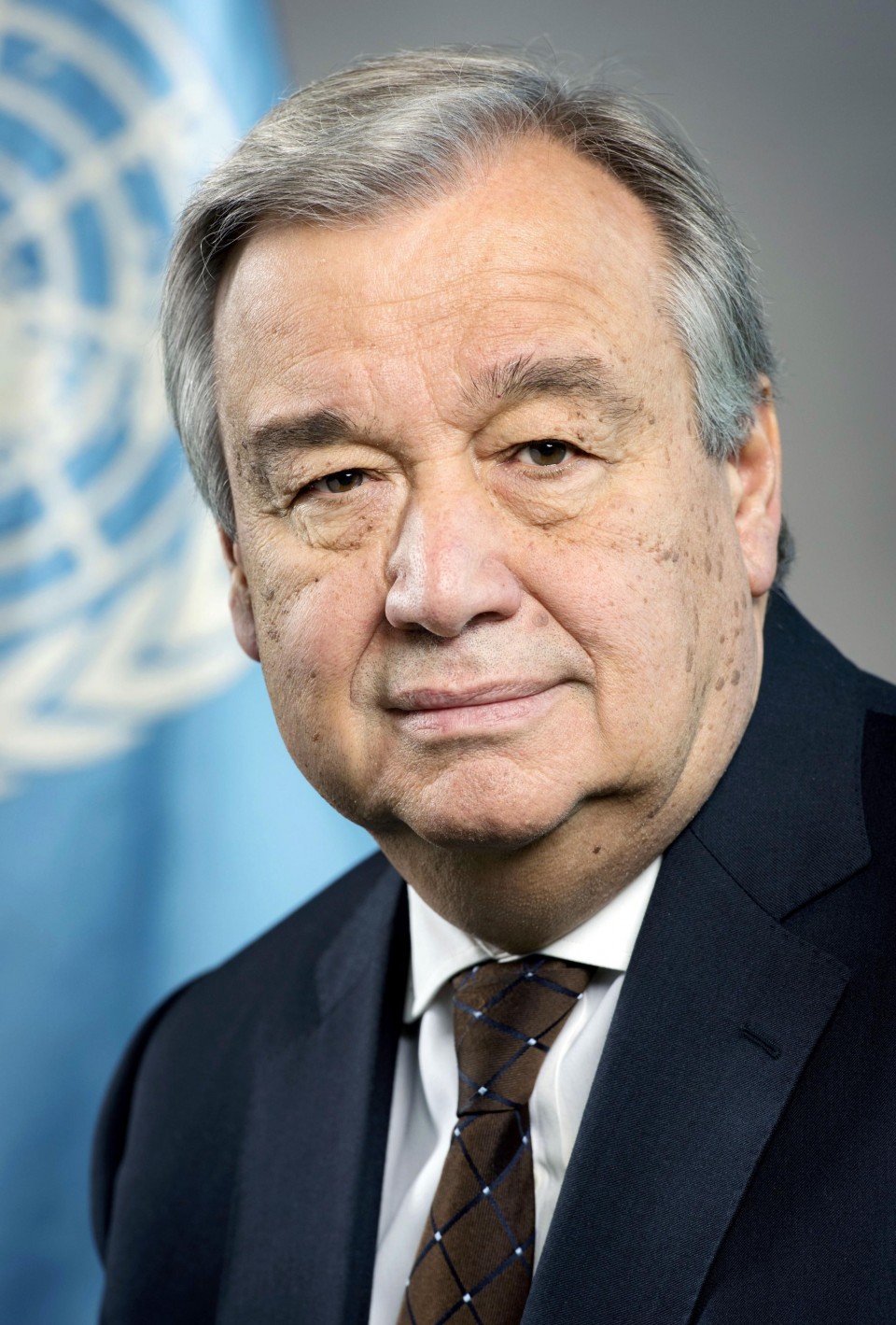 A new arms race is picking up speed, with governments spending hundreds of billions of dollars to upgrade their stockpiles of nuclear arms. Almost 13,000 nuclear weapons are now held in arsenals around the world. Geopolitical crises with grave nuclear undertones are spreading fast, from the Middle East, to the Korean Peninsula, to Russia's invasion of Ukraine.

Once again, humanity is playing with a loaded gun. We are one mistake, one misunderstanding, one miscalculation away from Armageddon.

Leaders must stop knocking on doomsday's door and take the nuclear option off the table for good.

It is unacceptable for states in possession of nuclear weapons to admit the possibility of nuclear war, which would spell the end of humanity.

By the same token, countries with nuclear weapons must commit to the "no first use" of those weapons. They must also assure states that do not have nuclear weapons that they will not use -- or threaten to use -- nuclear weapons against them, and be transparent throughout. Nuclear saber-rattling must stop.

In the end, there is only one solution to the nuclear threat: not to have nuclear weapons at all. This means opening every avenue of dialogue, diplomacy and negotiation to ease tensions and eliminate these deadly weapons of mass destruction.

We are seeing fresh signs of hope in New York, where the world has come together for the 10th Review Conference on the Treaty on the Non-Proliferation of Nuclear Weapons. The treaty is one of the main reasons why nuclear weapons have not been used since 1945. It contains legally binding commitments to achieve nuclear disarmament, and can be a powerful catalyst for disarmament -- the only way to eliminate these horrendous weapons once and for all.

And in June, members of the Treaty on the Prohibition of Nuclear Weapons met for the first time to develop a roadmap toward a world free of these doomsday devices.

We can no longer accept the presence of weapons that hang by a slender thread over humanity's future.

It is time to heed the timeless message of the hibakusha: "No more Hiroshimas! No more Nagasakis!"

It is time to proliferate peace.

Together, step by step, let's wipe these weapons off the face of the earth.

(Antonio Guterres, a former Portuguese prime minister and U.N. high commissioner for refugees, is the ninth secretary general of the United Nations who took office in January 2017. Guterres became the first serving U.N. chief to attend a Nagasaki memorial ceremony in 2018. This year, he attended a Hiroshima ceremony as the first serving U.N. chief to do so since his predecessor Ban Ki Moon in 2010.)