Yudai Baba scored a game-high 21 points for Japan in an 80-58 blowout of Iran at Xebio Arena Sendai on Sunday. 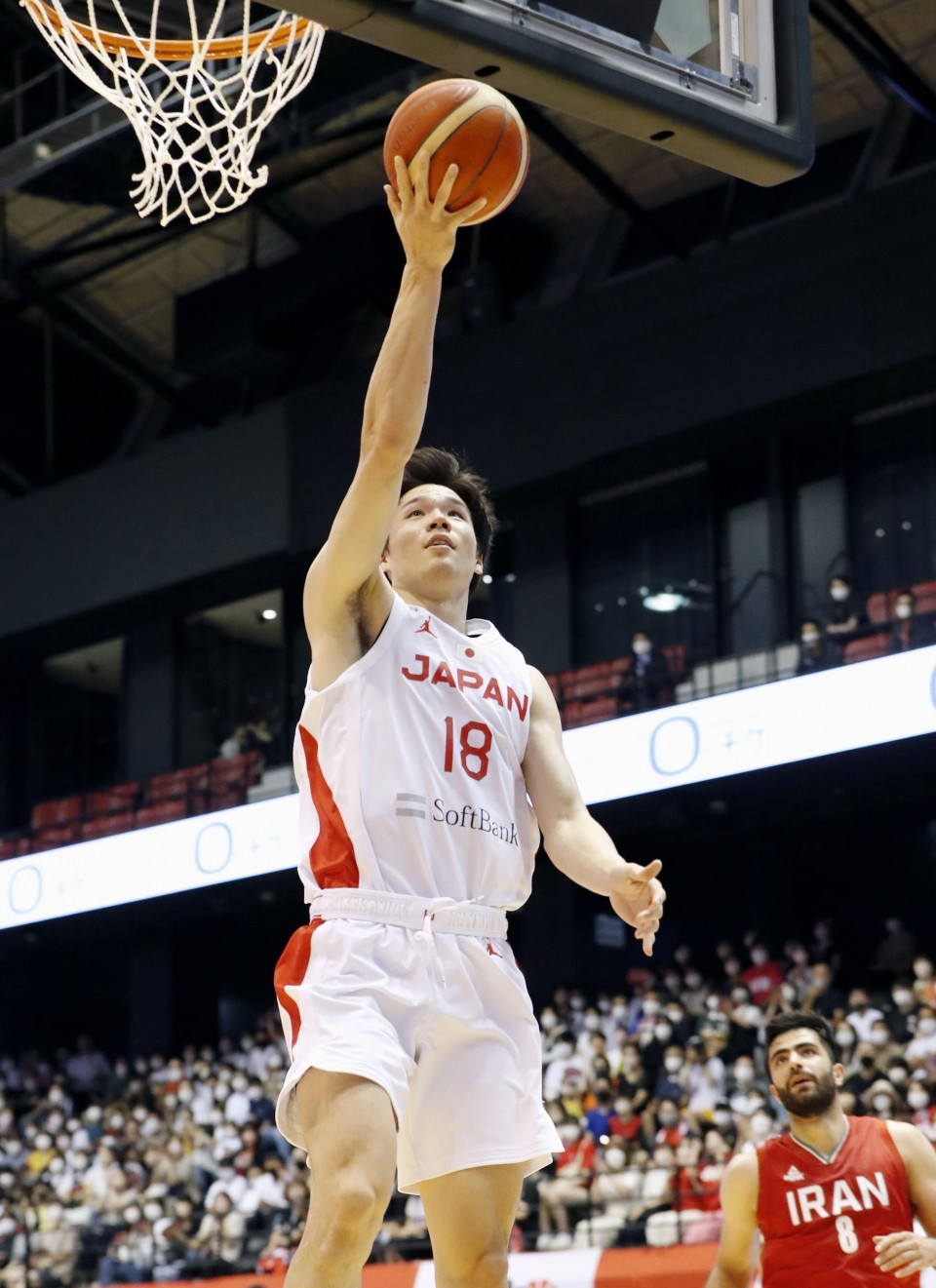 Yudai Baba goes up to score in the first period for Akatsuki Japan en route to a 21-point effort in Japan's 80-58 win over Iran in their international basketball friendly at Xebio Arena Sendai on Aug. 14, 2022. (Kyodo)

Head coach Tom Hovasse's team outscored the visitors 25-14 in the second quarter and remained in control for the rest of the contest, stretching the lead to 20 points by midway through the third quarter.

"We didn't hit that many three pointers, but sometimes you have those kind of games," Hovasse said. "From a defensive perspective, we had a really good game."

Hovasse, who coached Japan's women to Olympic silver last summer, has experimented with several lineups while steering the men's squad toward the 2023 FIBA World Cup, which Japan will co-host with Indonesia and the Philippines.

While NBA forwards Rui Hachimura and Yuta Watanabe have not featured in recent international games, they are set to be the cornerstones of a World Cup team that is also likely to include 21-year-old University of Nebraska Omaha guard Keisei Tominaga.

Japan will play Iran in the next round of Asian World Cup qualifying in Tehran on Aug. 25.