Taiwan President Tsai Ing-wen said the self-ruled island is determined to maintain the status quo in the Taiwan Strait when meeting a delegation of U.S. lawmakers on Monday, with cross-strait military tensions further heightened as the trip followed shortly on from a high-profile U.S. visit to the island earlier this month.

Markey told Tsai at the Presidential Office that the international community must do more to ensure peace and stability in Taiwan at this time of uncertainty, maintaining that the United States has a moral obligation to help avoid any unnecessary conflict. 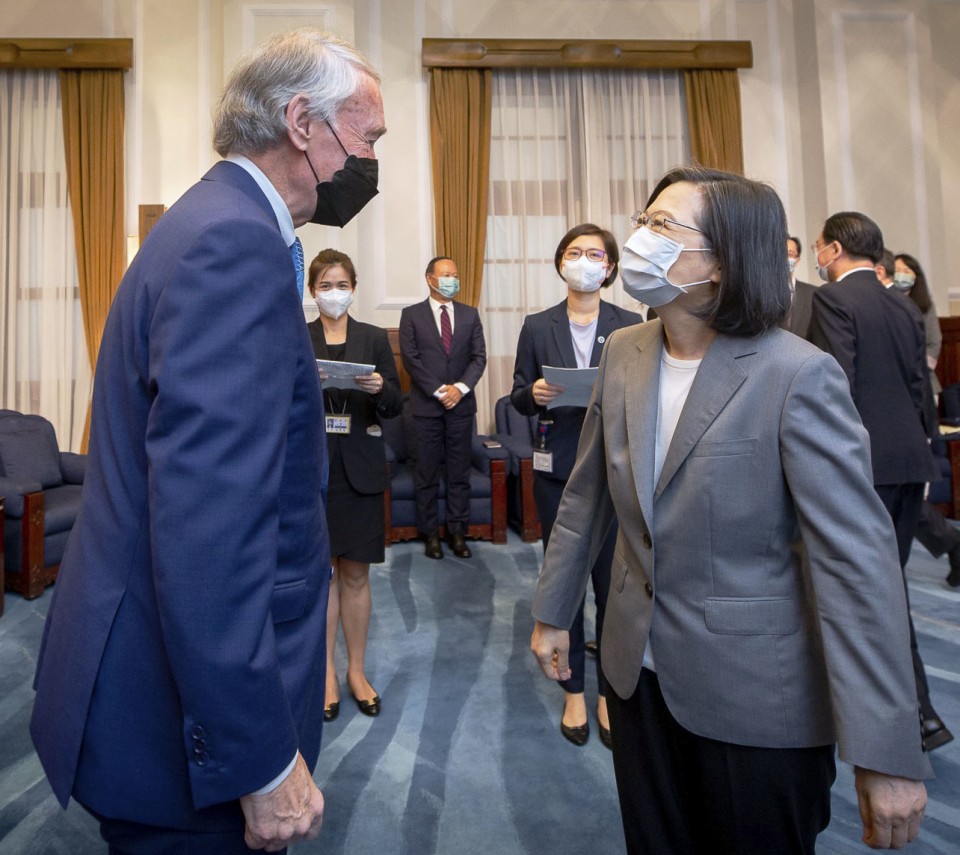 He also said his support for U.S.-Taiwan relations has grown stronger since he voted for the Taiwan Relations Act in 1979 when Washington switched diplomatic recognition from Taipei to Beijing. The law requires the United States to provide Taiwan with the military equipment and supplies "necessary to enable Taiwan to maintain a sufficient self-defense capacity."

Later in the day, China said it had carried out military drills around Taiwan in response to the latest move by the United States, and criticized Washington and Taipei for playing "political tricks" and undermining peace and stability in the region.

The drills follow large-scale military exercises conducted earlier this month in retaliation for a visit to the democratic island by U.S. House of Representatives Speaker Nancy Pelosi, the third-highest-ranking official in the country.

Communist-led China -- which views Taiwan as a renegade province to be reunified with the mainland, by force if necessary -- has lambasted the trip to the island by the U.S. delegation.

The Tsai administration has been trying to bolster relations with the United States in an apparent bid to counter China under the leadership of President Xi Jinping.

"The handful of U.S. politicians have been colluding with Taiwan independence separatist forces and attempt to challenge the one-China principle. They are overestimating themselves and are doomed to fail," he said at a press conference in Beijing.

The Global Times, a tabloid of the ruling Communist Party, quoted Chinese experts as saying it is the United States that is making repeated provocations that keep tensions from easing.

Since 1979, Washington has committed to a one-China policy under which it recognizes the communist leadership on the mainland as the "sole legal government of China."

But the United States maintains substantive, though unofficial, exchanges with Taiwan and supplies it with billions of dollars in arms and spare parts for its defense, a constant source of friction with China.