Japan on Monday marked the 77th anniversary of its surrender in World War II, struggling to help bring momentum to efforts to build a peaceful world amid Russia's nearly six-month-old invasion of Ukraine and mounting tension between the United States and China over Taiwan.

A government-sponsored ceremony to mourn the around 2.3 million military personnel and 800,000 civilians who perished in the war on the Japanese side was held in Tokyo, though in a scaled-back form for the third straight year as the country faces another wave of the coronavirus pandemic. 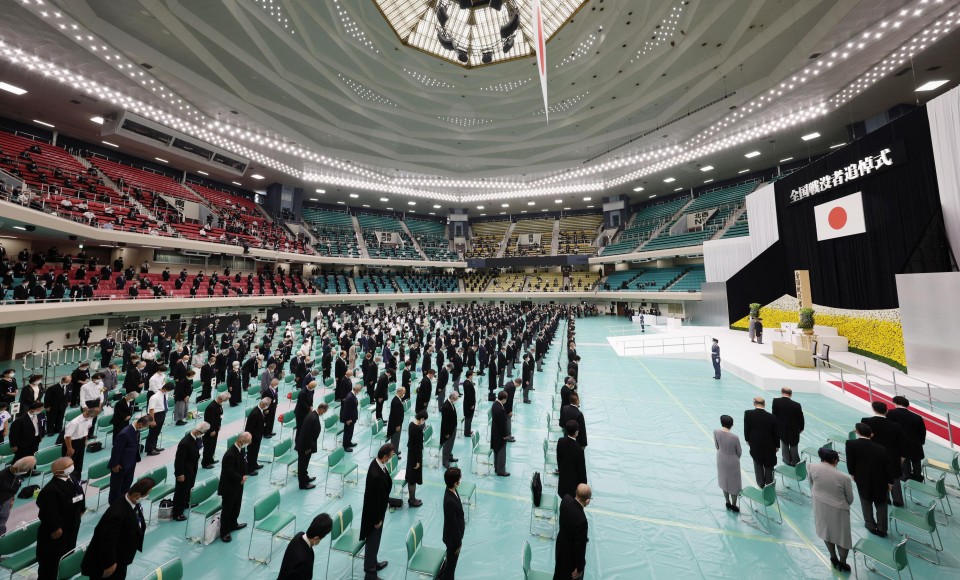 A memorial ceremony marking the 77th anniversary of Japan's surrender in World War II is held at Nippon Budokan hall in Tokyo on Aug. 15, 2022. (Pool photo)(Kyodo)

"Under the flag of proactive contributions to peace, we will join forces with the international community and make all-out efforts to solve the various problems the world is facing," Prime Minister Fumio Kishida said in his first speech at the annual ceremony since taking office last October.

But Kishida, who leads the conservative Liberal Democratic Party, did not touch on Japan's wartime aggression in Asia, following his two immediate predecessors Yoshihide Suga and Shinzo Abe, who was shot dead by a lone gunman last month.

"Reflecting on our past and bearing in mind the feelings of deep remorse, I earnestly hope that the ravages of war will never again be repeated," the emperor, who was born after the end of the war, said at the ceremony.

Kishida's speech closely resembled those given by Suga and Abe in the past, using words favored by Abe such as "proactive contributions to peace."

Although pledging Japan would contribute to world peace, Abe, who returned for a second stint as prime minister in late 2012, made no mention of aggression and remorse, something Japanese leaders had done at the annual commemoration since 1994.

Kishida mentioned a "world faced with incessant conflicts," apparently referring to the war in Ukraine and the strained China-U.S. relationship.

Kishida's constituency is in the western Japan city of Hiroshima, which was devastated by the world's first atomic bombing in the final days of the war.

A moment of silence was observed at noon for the war dead, including those killed in the U.S. atomic bombings of Hiroshima and Nagasaki. 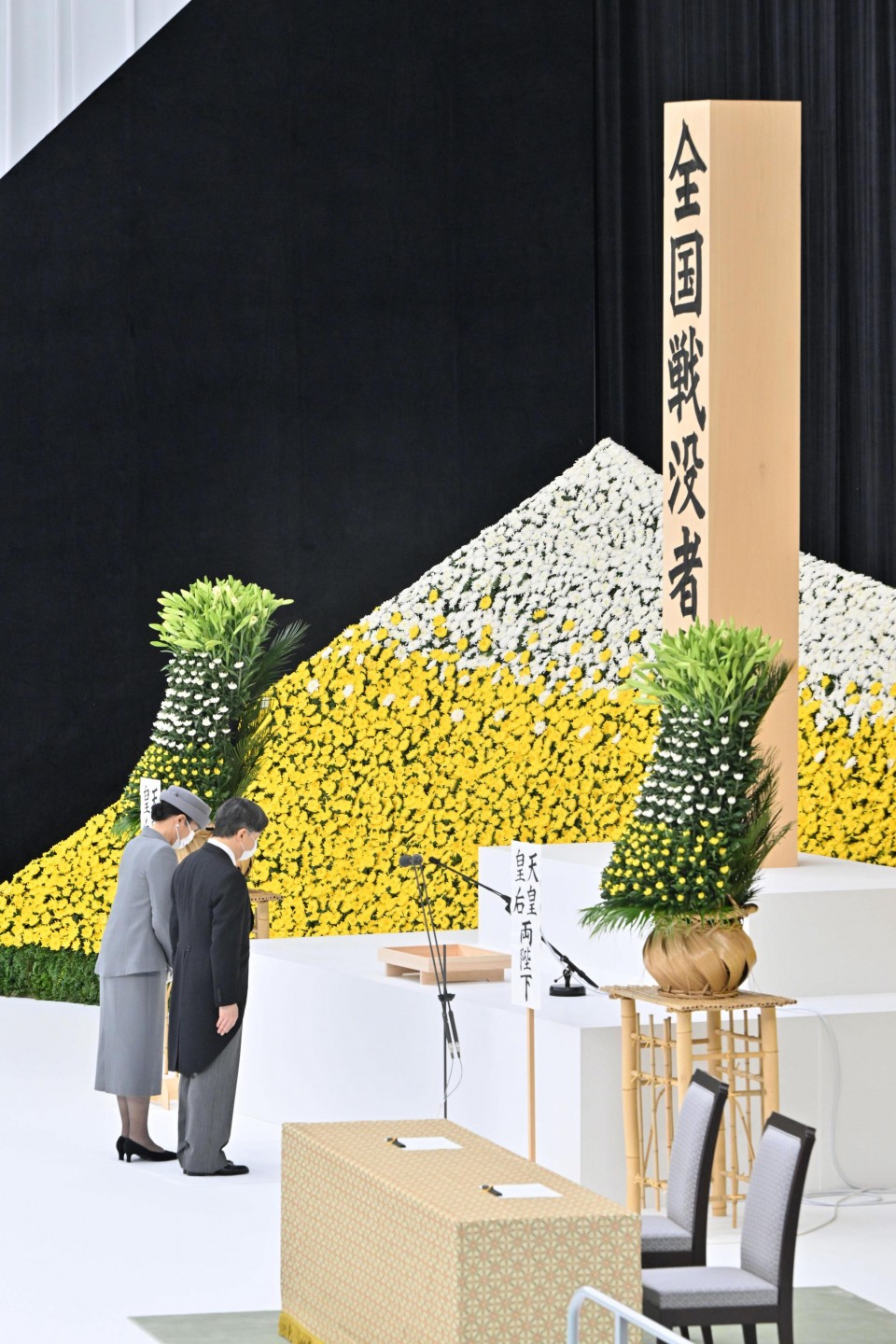 Kenichi Otsuki, the 83-year-old representative of relatives of the war dead, said in a speech that the world is still witnessing bereaved families in conflicts such as Russia's invasion of Ukraine.

"We have to recognize again that war is not something in the distant past but something close to us," said Otsuki, who lost his father in China, pledging to continue to pass down the tragedy of war and the preciousness of peace to future generations.

The relatives of the war dead who attend the annual ceremony are aging, with the welfare ministry saying people aged over 70 now account for about 80 percent of the total.

The oldest among the relatives attending the event was Takuji Sawasaki, a 95-year-old resident of Hiroshima Prefecture who lost two of his brothers. The youngest attendee was Kazuha Isono, a 7-year-old from Kochi Prefecture, whose great-grandfather died in the war.

The number of attendees at the ceremony at Nippon Budokan arena was restricted to 1,000, 5,000 fewer than in the pre-pandemic era but up from about 200 last year when the COVID-19 state of emergency was in place.

The government livestreamed the ceremony on the ministry's YouTube channel for those unable to attend the event due to the restriction on numbers.