U.S. House Speaker Nancy Pelosi arrived in Japan on Thursday for talks with Japanese Prime Minister Fumio Kishida and her Japanese counterpart, after her visit to Taiwan raised the ire of China.

Pelosi, on the last leg of an Asian tour that has taken her to Singapore, Malaysia, Taiwan and South Korea, is scheduled to meet with Kishida for breakfast at his official residence in Tokyo on Friday.

Horus before her plane touched down in Japan for her first visit since 2015, China launched a barrage of ballistic missiles, five of which fell within Japan's exclusive economic zone, according to the Japanese government. 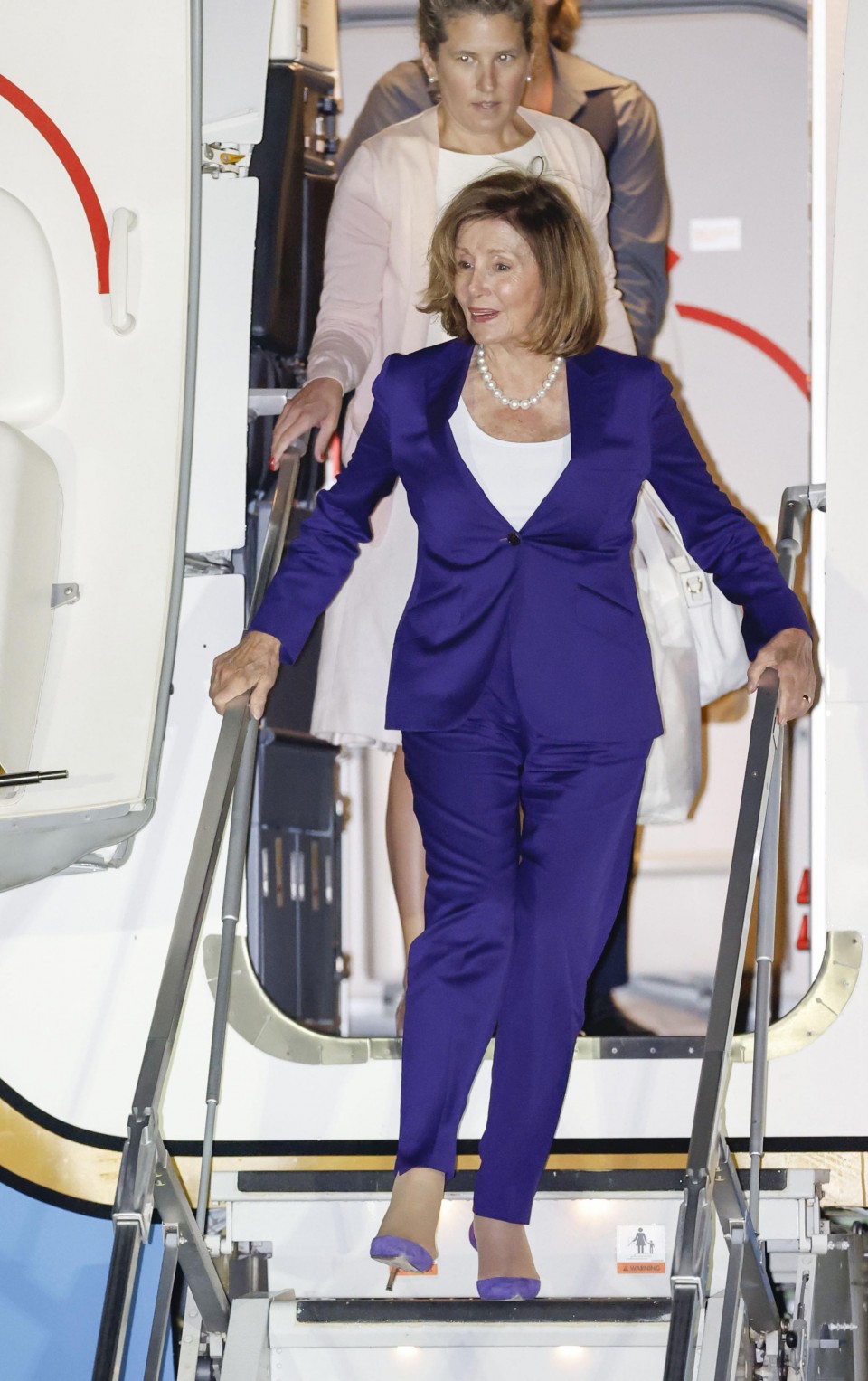 U.S. House Speaker Nancy Pelosi arrives at the U.S. Yokota Air Base in Tokyo by private plane on Aug. 4, 2022. (Kyodo)

The Chinese military began drills from Thursday in locations encircling Taiwan following Pelosi's visit to the self-governed island. Beijing views it as a renegade province to be reunified with the mainland by force if necessary.

Kishida and Pelosi are expected to deepen bilateral ties and discuss "common challenges" to both nations, including the realization of a "free and open" Indo-Pacific, the Japanese government said.

Pelosi and members of the congressional delegation accompanying her also plan to meet with House of Representatives Speaker Hiroyuki Hosoda on Friday.

Amid a spike in tensions, Japan is urging a peaceful resolution of cross-strait issues while expressing "grave concern" about China's military exercises as the missiles fell within parts of a Chinese-designated training area that overlap with the Japanese EEZ.

Japan and the United States are boosting their longtime alliance at a time when the region faces a myriad of challenges, including an assertive China, nuclear-armed North Korea and Russia.