Torrential rain continued in wide areas of Japan on Thursday, with more than 100,000 residents in northeastern and central parts urged to evacuate, several people unaccounted for, and reports of power and water supply cuts.

The weather agency issued the highest rain alert for the northeastern prefecture of Yamagata, where the Mogami River had overflowed at several locations, triggering landslides, inundating houses and disrupting water supplies. The town of Oguni in Yamagata was cut off due to landslides and flooding, local officials said. 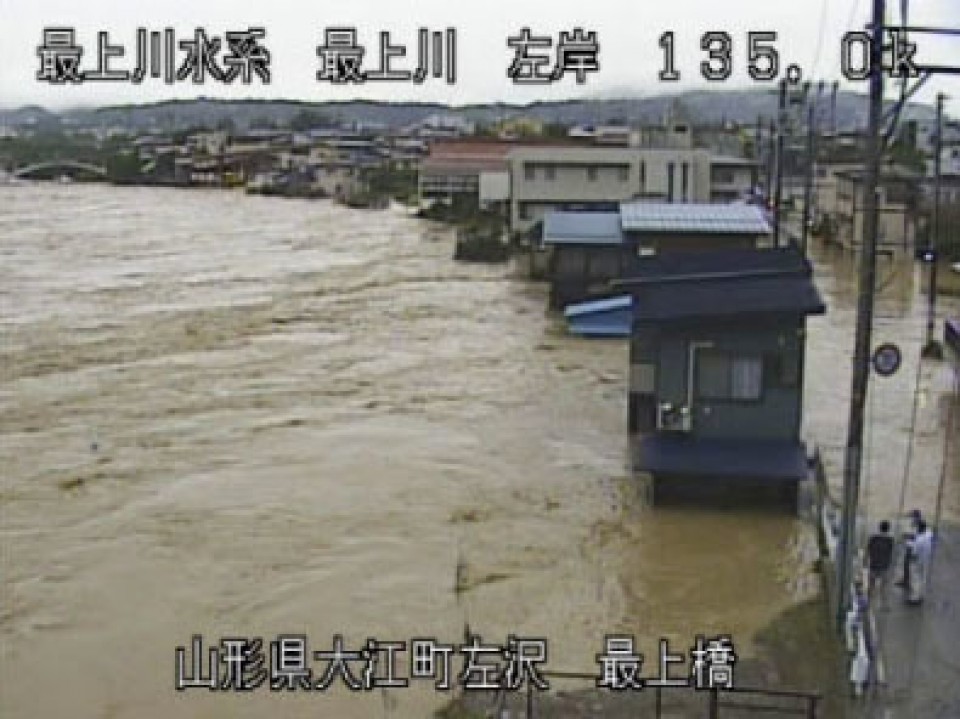 Supplied photo shows the swollen Mogami River in the northeastern Japan town of Oe in Yamagata Prefecture on Aug. 4, 2022. (From the land ministry's live camera footage)(Kyodo)

TV footage and aerial photos showed several residential districts and a number of houses and cars submerged in muddy water in Yamagata and the central Japan prefecture of Niigata, for which the highest level of alert was also issued.

Chief Cabinet Secretary Hirokazu Matsuno, the central government's top spokesman, told a regular news briefing earlier in the day that two people remained missing and around 1,900 households including in Niigata were without electricity

The heavy rain has affected railway services since Wednesday night. Railway bridges on the Banetsu West Line in Fukushima and the Yonesaka Line in Yamagata had collapsed and shinkansen bullet train services were suspended between Fukushima and Shinjo in Yamagata, according to operator East Japan Railway Co.

As of Thursday morning, around 107,000 people had been urged to evacuate from their homes in Yamagata and five other prefectures, according to the Fire and Disaster Management Agency.

The village of Sekikawa in Niigata recorded 560 millimeters of rainfall in 24 hours through Thursday morning, 2.5 times the amount of rain that usually falls in the entire month of August, according to the Japan Meteorological Agency.

Rainfall of 410 mm was recorded over the same period in Murakami, Niigata, and 306.5 mm in Iide, Yamagata, the agency said.

In the 24 hours through noon Friday, up to 250 mm of rain is forecast for the Hokuriku region along the Sea of Japan and up to 150 mm in the Tokai region in central Japan. 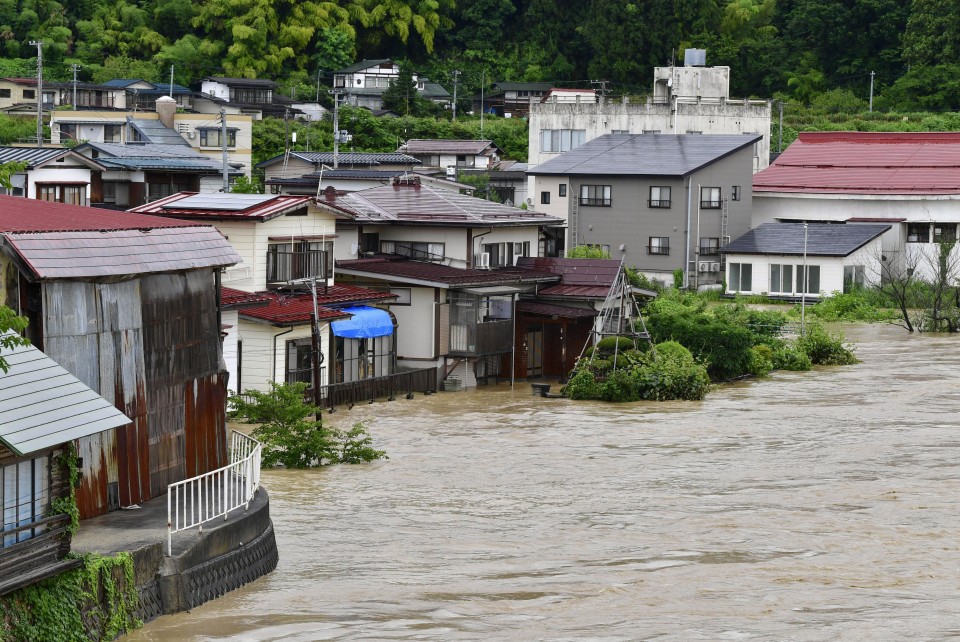 A residential area in Oe in Yamagata Prefecture is inundated on Aug. 4, 2022, after heavy rain hit parts of northeastern Japan. (Kyodo) ==Kyodo