Japan attacker Takefusa Kubo scored the winner on his Real Sociedad debut on Sunday, guiding them to a 1-0 away win at Cadiz in their Spanish La Liga opener.

The 21-year-old acrobatically corralled midfielder Mikel Merino's ball into the box with his left foot before half-volleying past Cadiz keeper Jeremias Ledesma with his right at the Nuevo Mirandilla stadium.

Kubo also created several chances with his dribbling and playmaking before heading to the bench in the 78th minute. 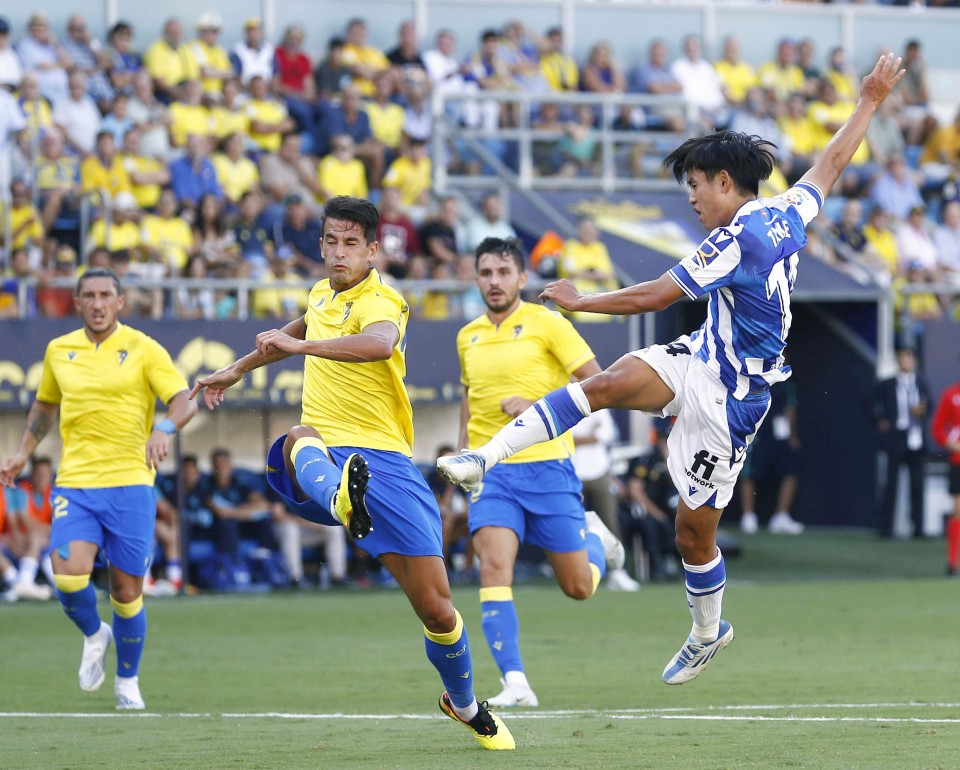 Takefusa Kubo (far R) of Real Sociedad scores a goal in the first half of a La Liga football match against Cadiz on Aug. 14, 2022, in Cadiz, Spain. (Kyodo) ==Kyodo 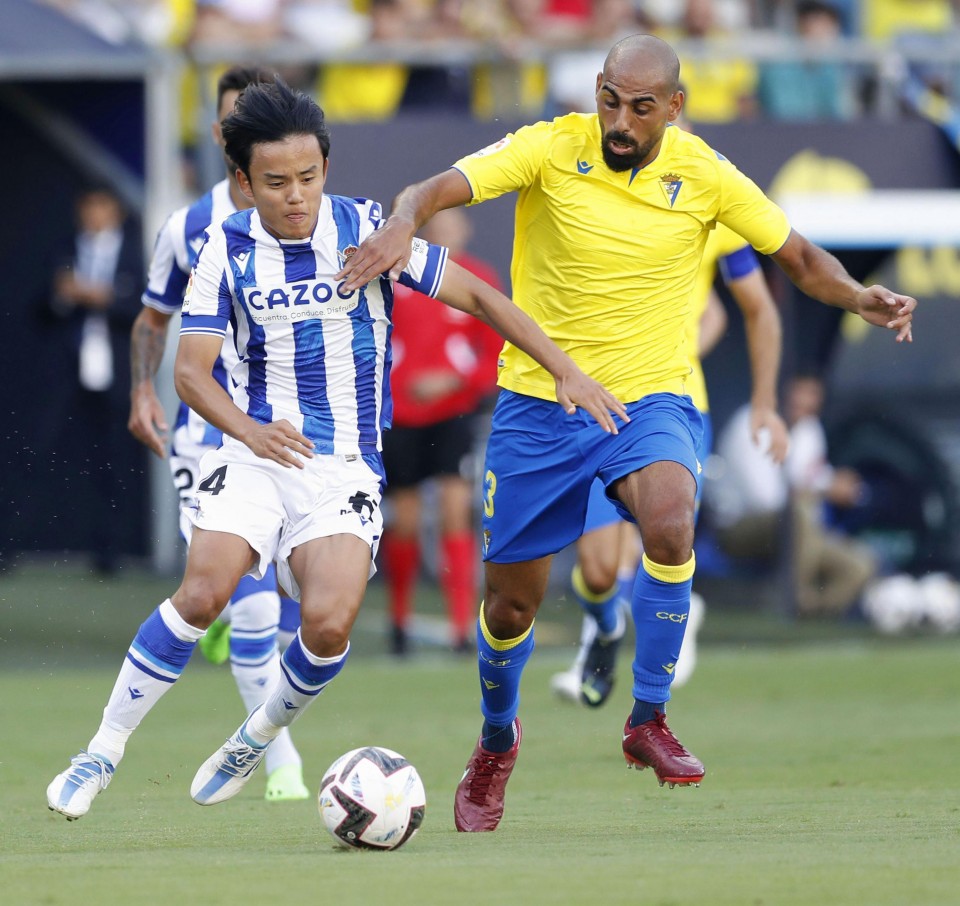 "I believe this is the best start I've made so far (at any club)," said the former FC Tokyo star, who joined Real Sociedad on a full transfer from Real Madrid over the summer following three years spent on loan at Mallorca, Villarreal and Getafe.

"I got the instruction from the manager (Imanol Alguacil Barrenetxea) and the goal went in exactly that way. He guided me to a movement that I didn't know before," added Kubo.

"I'm aiming for a regular spot in the side. There's no argument that my goal won the game today and I'll head into the next game (at home to Barcelona) with confidence."

In the Scottish Premiership, Kyogo Furuhashi netted the opening goal in Celtic's 5-0 drubbing of Kilmarnock with an assist from Samurai Blue teammate Daizen Maeda.

Furuhashi tapped in from directly in front after Maeda provided a short cross on a breakaway in the seventh minute.

Japan winger Junya Ito made his debut for Stade de Reims in France's Ligue 1, entering in the 76th minute of a 4-2 loss to visiting Clermont.

Reims led 2-0 before a 47th-minute red card for defender Emmanuel Agbadou handed the momentum to the visitors.

Ado Onaiwu made his first appearance of the season for Toulouse, coming on in the 76th minute of a 3-0 win away to Troyes.

Shinji Kagawa's Sint-Truiden took their first loss of the Belgian top-flight season, going down 3-0 at home to Anderlecht.

The Japanese-owned club is still looking for its first win, having drawn in each of the other three rounds this season.

"We need something more in attack, that's a big issue," said the 33-year-old Kagawa, who substituted for injured countryman Daichi Hayashi late in the first half. "We have to come together and keep moving forward without our confidence wavering."