Those wondering how the Netflix sci-fi thriller "Alice in Borderland" was able to completely empty of life one of the world's busiest pedestrian crossings will find their answer around 90 kilometers from the real thing, in quiet Tochigi Prefecture suburbia. 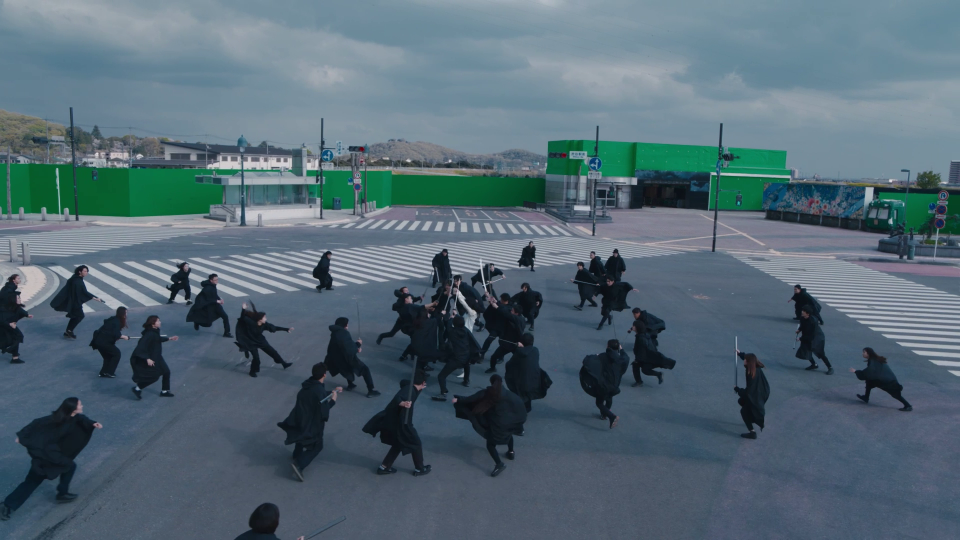 In addition to recreating the iconic five converging crosswalks, the set has also rebuilt some ground-level structures of the real Shibuya including entrances to the subway network, working traffic lights, and even a set of public toilets inside the gates of one of the station's entrances.

"Because the set includes a complete replica of Shibuya Station, even productions without a large budget for special effects can shoot scenes that are impossible at the real station, bar some limitations on the lens used," Akira Morii and Tomoki Takase, the producer and line producer for "Alice in Borderland," said in an email interview.

In the series, the main character Arisu and his friends suddenly find themselves in an emptied-out version of Tokyo after reemerging from a public restroom in Shibuya Station, setting the stage for a string of dangerous games they must play in order to survive.

The original Netflix show and the Chinese film "Detective Chinatown 3," which both coincidentally had the same idea of building a set when preparing for their respective shoots in 2019, worked together to bring the proposal to life. Later, the Japanese film "Silent Tokyo" joined the project, and three shoots were slated for the set.

Naoto Aizawa, head of the Ashikaga Film Commission, said his city's proactive bidding was one of the main reasons it was chosen to host the replica, which was built on the site of a disused horse racing track. 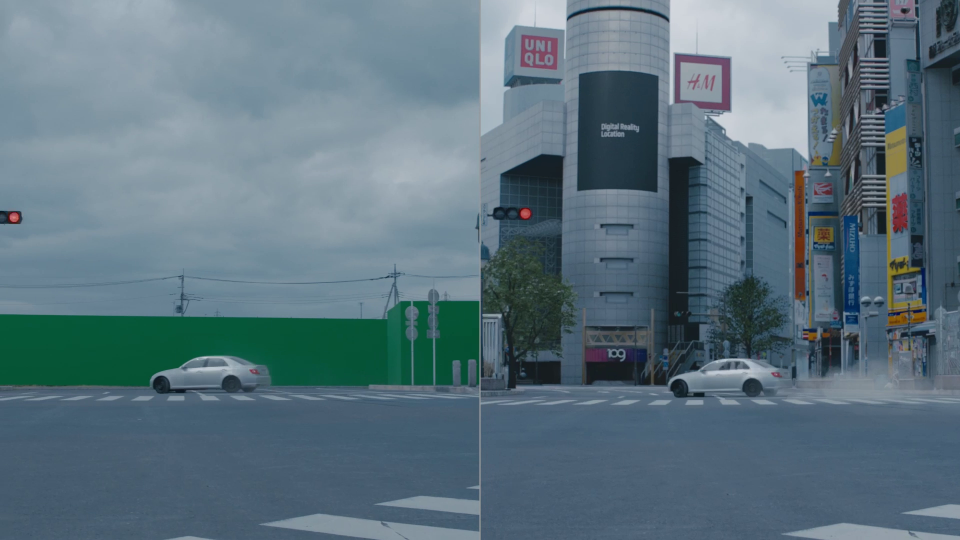 "When consulting with us, (the production teams) felt as long as it was Ashikaga, we would make it work out somehow. I believe our relationship of trust with the film industry and hospitable support for shoots were highly thought of," said Aizawa.

More well-known for the hanging purple wisteria at its flower park, Ashikaga has been actively promoting itself as a place to film since 2014, providing everything it has to offer from land to help in negotiating with local authorities. The effort appears to have paid off as the city has attracted over 390 on-location movie and drama projects as of fiscal 2021.

Morii and Takase said that, in addition to the support provided by the city, the easy accessibility of the site from Tokyo and the enthusiasm of locals to participate as extras make Ashikaga an attractive place to film.

The pair, who form part of the production team at Robot Communications Inc., is once again using the set to film season two of "Alice in Borderland," promising to deliver "a face of the Shibuya scramble crossing never before seen through the use of even more powerful visual effects than season one."

Kentaro Yamaji, a spokesperson for Geek Pictures Inc., the set's operator and parent company of Nouvelle Vague, said that strategically-placed green screens mean the sky is the limit to the type of scenes that can be digitally created in post-production.

Numerous movies, dramas, music videos and commercials have been filmed at the studio since it officially opened for rent in June 2020, including the recent live-action film adaption of CLAMP manga series "xxxHolic" and season two of the Netflix series "The Naked Director."

But Yamaji said the coronavirus pandemic put a damper on initial hopes for more international productions to use the set. 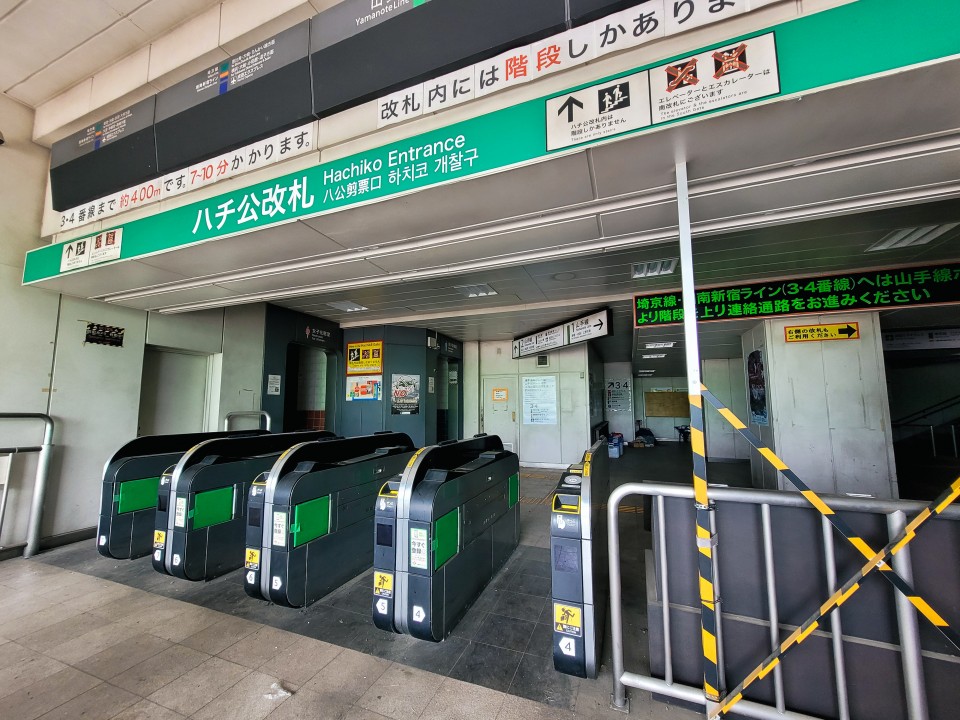 A set of gates at Shibuya Station replicated at Ashikaga Scramble City Studio in Tochigi Prefecture, north of Tokyo. (Kyodo)

"We originally wanted to focus on overseas projects, but the studio opened when the COVID-19 situation was quite serious, so we have not been able to fully utilize it up till now," he said.

As part of efforts to attract more film crews from outside Japan, Yamaji said the company earlier this year released a promotional video to showcase the studio, and has partnered with a CG company to create ads on social media.

Aizawa said the pandemic has also affected domestic productions, with the opening of the studio not drawing as many film crews to Ashikaga as expected. While around 60-70 films and dramas were shot in the city per year pre-COVID, the number dropped by around half last year, he said.

"A lot of things didn't go to plan due to the pandemic, and there were a lot of difficulties, but everyone worked hard to have made it this far," Aizawa said.

Nouvelle Vague had planned to dismantle the open set in January 2020 after the initial three shoots, but later decided to extend its life after discussions with the Ashikaga city government.

For their part, Morii and Takase expressed hopes the replica would continue to evolve with the rapidly changing face of the real Shibuya Station, saying, "It would be very helpful to us filmmakers if this studio continues to exist." 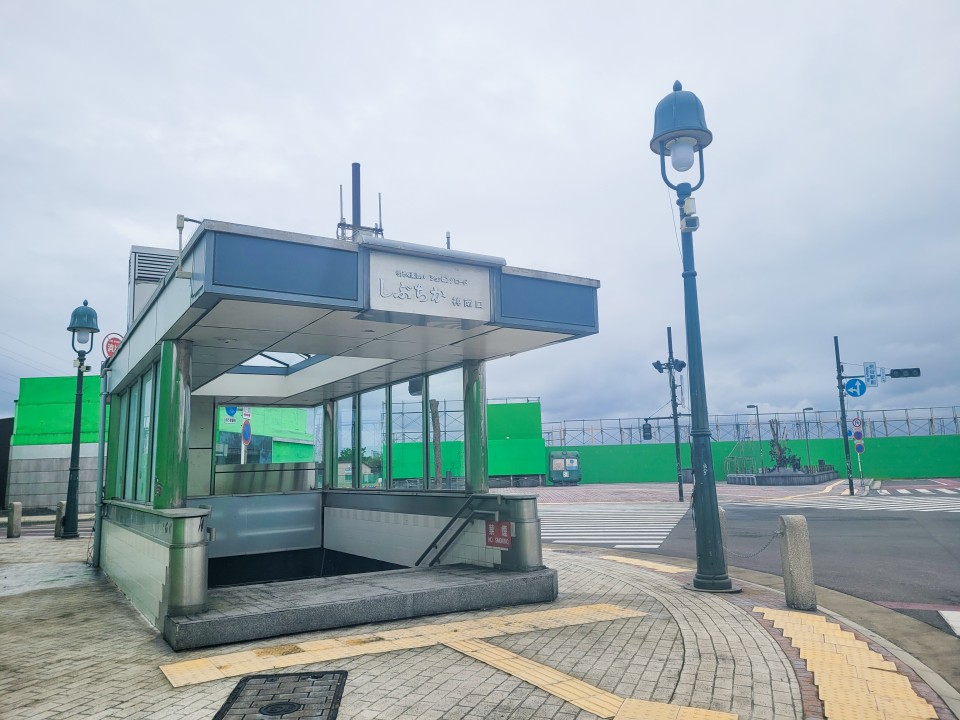 An entrance to the underground network around Shibuya Station replicated at Ashikaga Scramble City Studio in Tochigi Prefecture, north of Tokyo. (Kyodo)