First baseman Yoshitomo Tsutsugo has signed a minor league contract with the Toronto Blue Jays, while pitcher Kohei Arihara is set to make his major league return for the Texas Rangers, Joel Wolfe, the agent for both players, said Monday.

Tsutsugo, who parted ways with the Pittsburgh Pirates earlier this month, is expected to play for the Triple-A Buffalo Bisons while seeking a return to the majors under the deal. 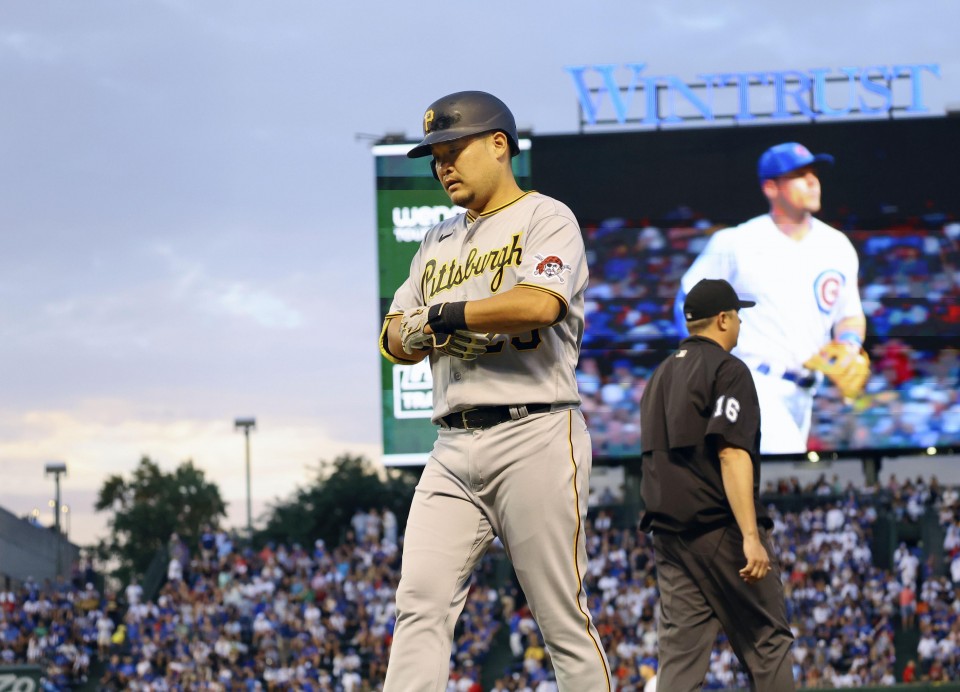 Yoshitomo Tsutsugo of the Pittsburgh Pirates walks back to the dugout after grounding out in the fourth inning of a baseball game against the Chicago Cubs on July 25, 2022, at Wrigley Field in Chicago. (Kyodo) ==Kyodo

Right-hander Arihara, meanwhile, who is on a minor league contract with Texas, will be promoted back to the Rangers' MLB roster Tuesday and will likely pitch the same day, according to Wolfe.

Tsutsugo began his third MLB season this year on a one-year, $4 million deal with the Pirates, but the club released him this month after he hit just .171 in 50 games with two homers, 19 RBIs and a .249 on-base percentage.

The 30-year-old dealt with a back injury at the start of the year that kept him out of MLB games for about six weeks and hampered his swing.

Tsutsugo was posted from Japan to the Tampa Bay Rays in 2020 but was unable to nail down a roster spot with the club. He had a short stint with the Los Angeles Dodgers before moving to Pittsburgh last August.

The Pirates signed him to a new contract after he finished the season batting .268 with eight home runs and 25 RBIs in 43 games for the team.

Arihara is expected to make his MLB season debut against the Oakland Athletics in Arlington on Tuesday.

He went 2-4 with a 6.64 ERA in 10 starts last year for Texas in a season interrupted by multiple injuries, including surgery to fix an aneurysm in his throwing shoulder.