Japan midfielders Daichi Kamada and Wataru Endo opened their German Bundesliga accounts for the season Saturday as Eintracht Frankfurt and Stuttgart both drew their matches.

Kamada hit a 48th-minute leveler for Frankfurt in their 1-1 draw away to Hertha Berlin, slotting home from inside the box at Olympiastadion. 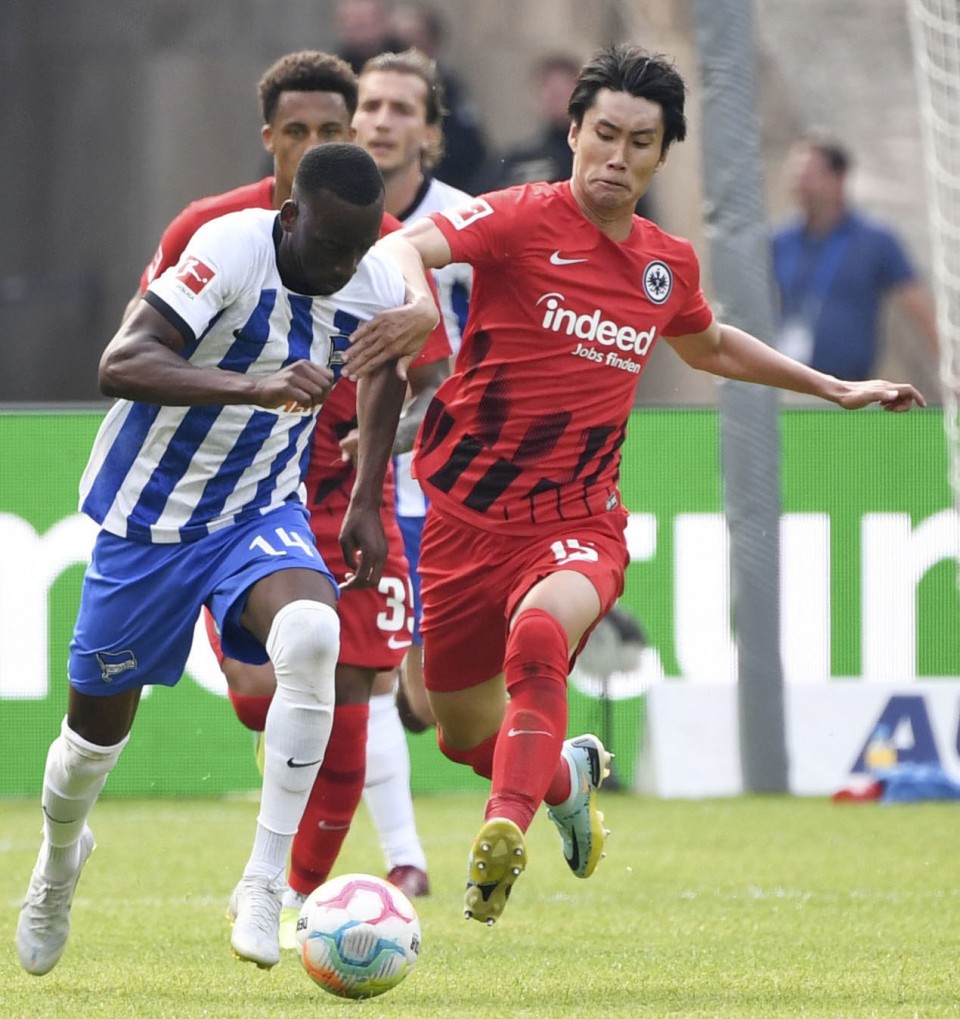 "We conceded from my mistake in the first half and I was hoping to be involved in our goal," said Kamada, who had a strong performance during Frankfurt's 2-0 defeat to Real Madrid on Wednesday in the UEFA Super Cup.

"There were lots of chances today and I wanted to help the team win," added the 26-year-old, who has three goals across all competitions following a brace in a 4-0 win over second-division Magdeburg in the German Cup first round on Aug. 1.

Former Japan captain Makoto Hasebe came off the bench for Frankfurt in the 73rd minute.

Endo scored while captaining Stuttgart to a 2-2 draw against Werder Bremen, his 38th-minute screamer from 25 meters out leveling at Bremen's Weserstadion. He played the full 90 minutes alongside Samurai Blue defender Hiroki Ito for the visitors. 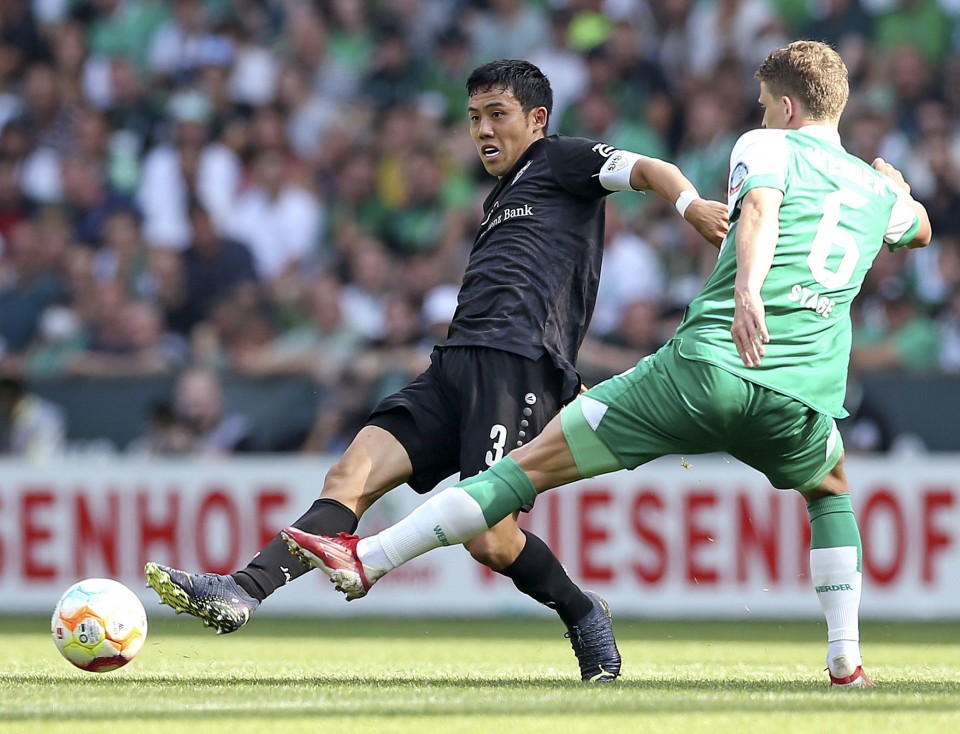 VfB Stuttgart captain Wataru Endo (L) plays a pass during a German Bundesliga match against Werder Bremen at the Weserstadion in Bremen, Germany, on Aug. 13, 2022. (Kyodo)

Japan captain Maya Yoshida started for Schalke against a Borussia Monchengladbach side featuring his Samurai Blue defensive partner Ko Itakura. Both Japan defenders played the full 90 minutes in a 2-2 draw.

Japan winger Kaoru Mitoma made a lively debut for Brighton in the English Premier League, coming off the bench in the 74th minute and creating chances during a scoreless draw at home to Newcastle.

Takehiro Tomiyasu made his first appearance of the season for Arsenal, substituting at right back in the 75th minute of a 4-2 win against visiting Leicester.

Yuta Nakayama struck his first goal for Huddersfield in England's second-tier Championship, netting the 40th-minute opener in a 3-1 win at home to Stoke.