Mikhail Gorbachev, the last leader of the Soviet Union and the 1990 Nobel Peace Prize laureate, has died, Tass news agency reported Tuesday, quoting his hospital. He was 91.

Known for his reforms of political and economic systems under the concept of "perestroika," or restructuring, in the 1980s, Gorbachev declared the end of the Cold War with then U.S. President George Bush at a meeting in Malta in December 1989.

He assumed the post of Soviet president in March 1990 and won the Nobel Peace Prize the same year for his central role in the East-West peace process, an achievement that shaped modern world history. 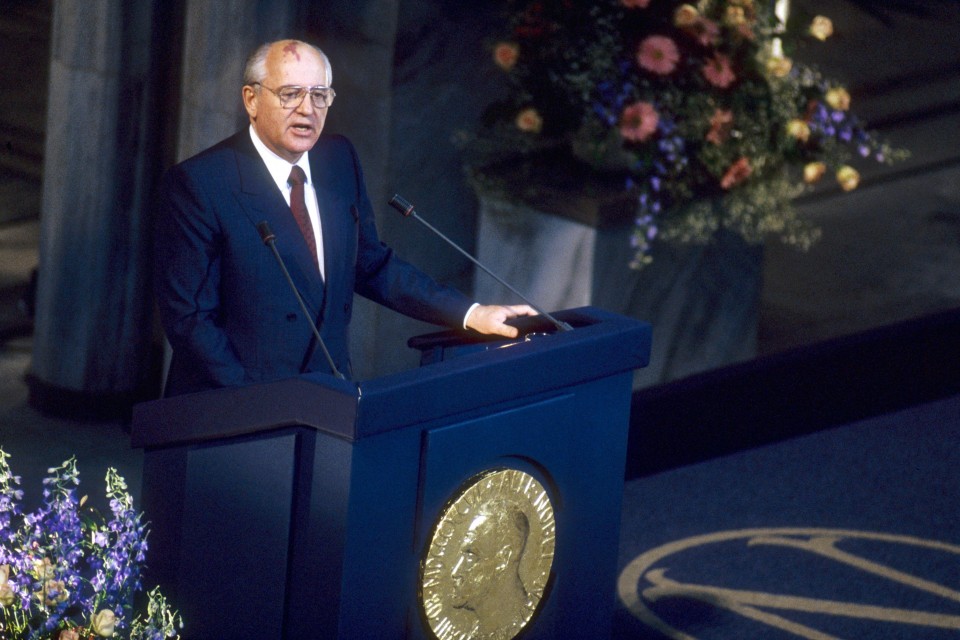 The Soviet Union dissolved and Gorbachev resigned in December of 1991 in the wake of an August coup attempt by Communist Party hardliners.

On Tuesday, Russian President Vladimir Putin offered his deepest condolences over Gorbachev's death, according to the Interfax news agency.

Gorbachev was known for having had a personal relationship with former Japanese Prime Minister Yasuhiro Nakasone. 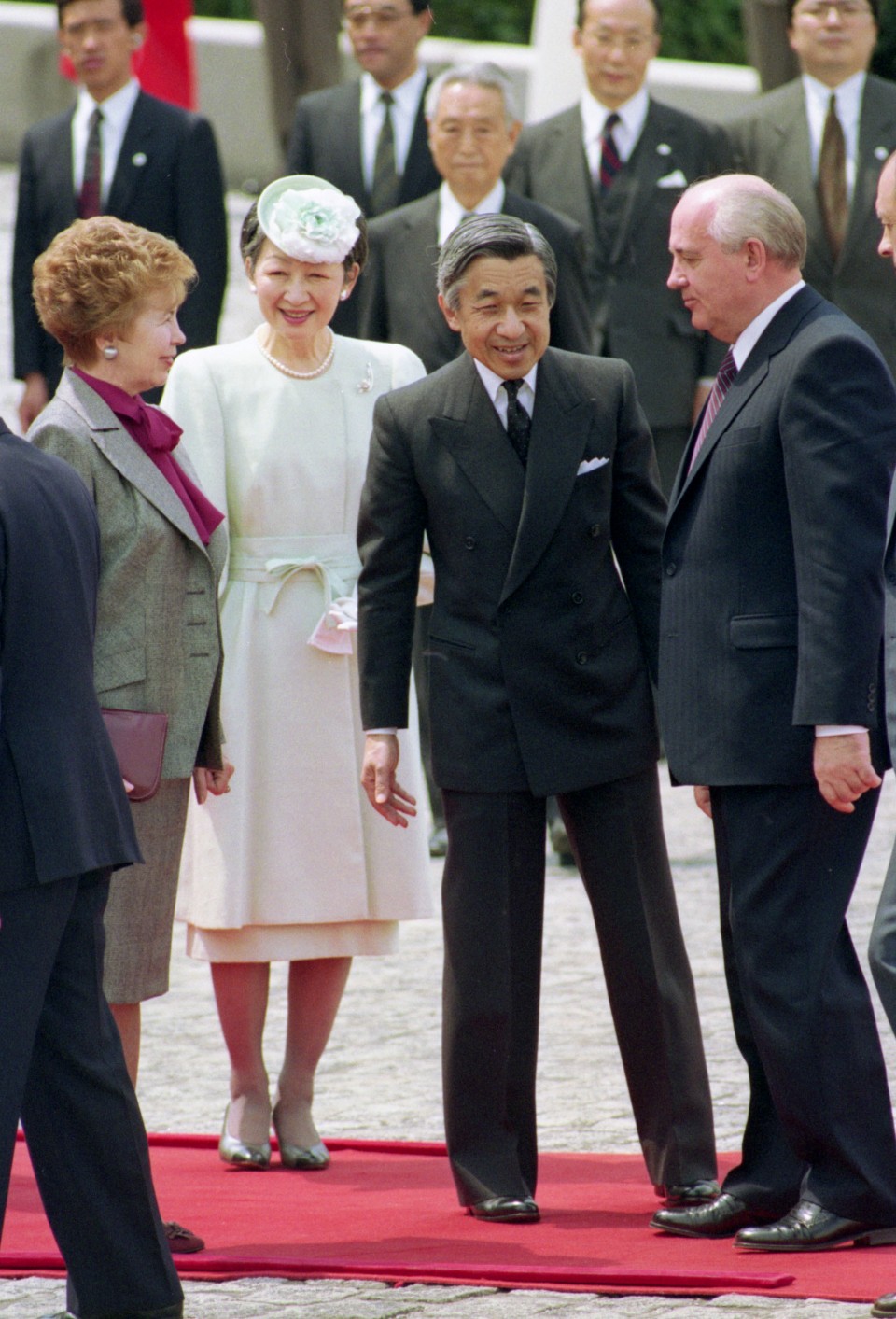 File photo taken on April 16, 1991 shows then Soviet leader Mikhail Gorbachev (R) and his wife Raisa (L) at a welcome event in Tokyo with then Japanese Emperor Akihito (2nd from R) and then Empress Michiko (3rd from R). (Kyodo)

He became the first Soviet leader to visit Japan in 1991 when Gorbachev and the Japanese government agreed to promote negotiations on territorial and other issues in an ultimately unsuccessful bid to conclude a bilateral peace treaty following World War II.

The dispute over the sovereignty of four islands off Hokkaido in northern Japan has proven a roadblock to the two nations signing the postwar treaty.