Typhoon Meari made landfall on the Izu Peninsula on Japan's Pacific coast close to Tokyo on Saturday, causing disruptions to the roads and train and air services during the peak summer holiday season, the weather agency said.

The agency has warned of disasters including potential landslides, flooding in low-lying areas, overflowing rivers, strong winds and high waves.

In the 24 hours to 6 p.m. Sunday, it was forecast to bring up to 150 millimeters of rain to the Tokai region, including Shizuoka Prefecture, where the typhoon made landfall at about 5:30 p.m., and east Japan's Kanto-Koshin region, and 100 mm to the Tohoku region in the northeast, the Japan Meteorological Agency said. 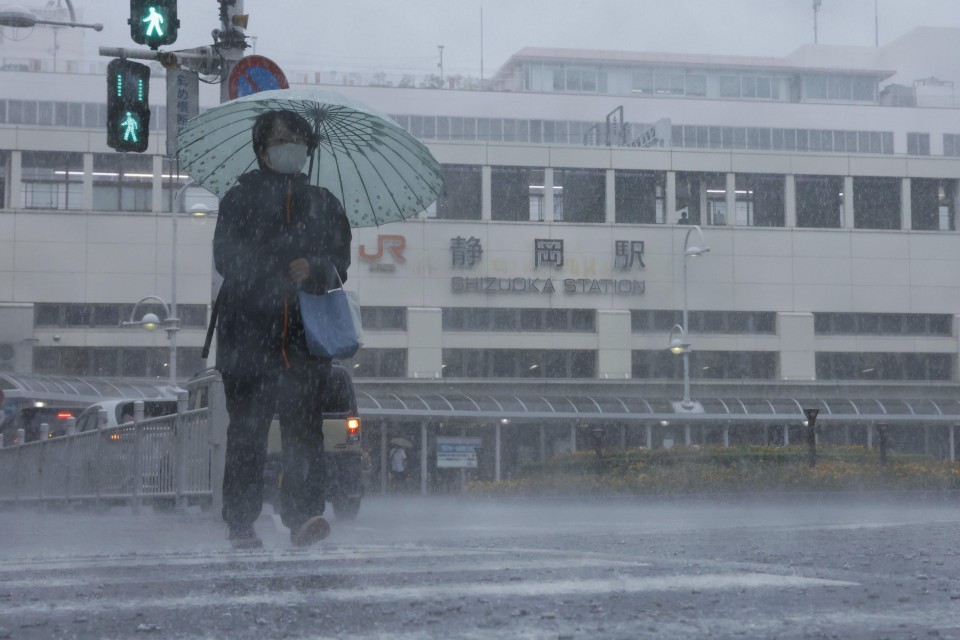 According to the agency, thunderstorms and heavy rain are expected primarily on Japan's Pacific coast and the Tohoku region, with the typhoon likely to later move over the waters east of the country.

Among the disruptions caused by the approaching typhoon on Saturday morning, Tokaido Shinkansen bullet train services were temporarily suspended between Shizuoka and Kakegawa, affecting 92,000 passengers, after rainfall hit levels required for safety measures.

Some 11,800 people were affected by flight cancellations, after All Nippon Airways Co. said it would not operate 108 flights, including those leaving Mt. Fuji Shizuoka Airport and Hachijojima Airport on Hachijo Island south of Tokyo. Some planes leaving Tokyo's Haneda airport were also affected from the evening onward.

In the city of Shizuoka, 72,000 people were told to evacuate due to heavy rain, with the local government later reporting that two locations had been hit by landslides, with one cutting off five residences. 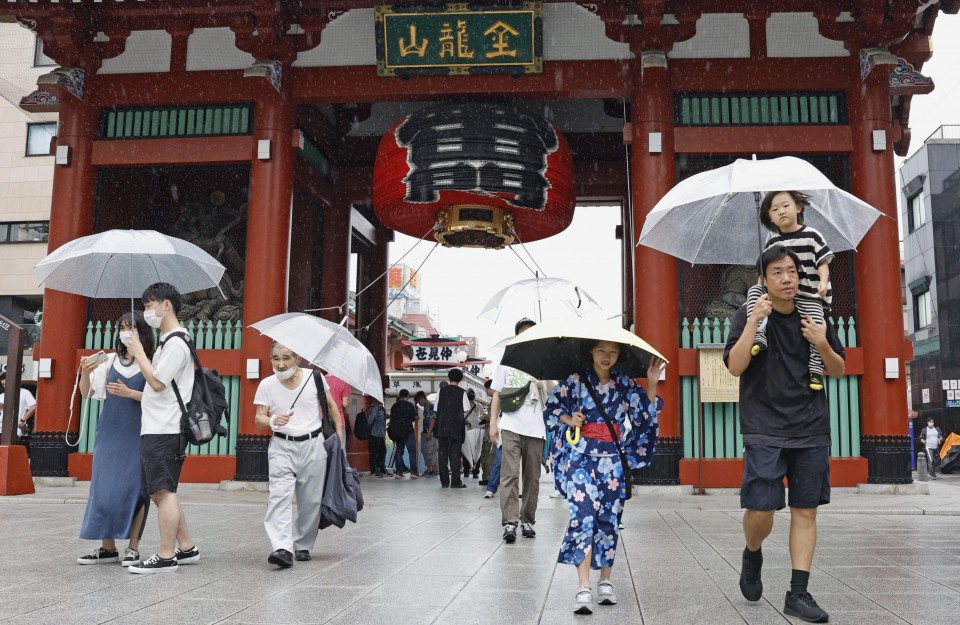 The Chubu Electric Power Co. reported that as of around 12:25 p.m., some 1,200 households were without power in the city's Shimizu district, with about another 2,200 affected in municipalities including Kakegawa.

The city of Hamamatsu also reported that an elderly male resident fell on the street and was bleeding from his forehead after strong winds knocked him down at about 12:40 p.m.

On the Shin-Tomei Expressway connecting Kanagawa and Aichi prefectures, traffic in both directions between the Shin-Shizuoka and Fujieda-Okabe tollgates was suspended. Japan's soccer J League also postponed three matches set to be played in Tokyo and neighboring Kanagawa.

At 9 p.m. on Saturday, the typhoon was heading east-northeast around Narita, near Tokyo, at 35 kilometers per hour, with an atmospheric pressure of 998 hectopascals at its center and winds of up to 108 kph, according to the agency.