Two first-half goals from Swedish striker David Moberg helped Japan's Urawa Reds cruise into the Asian Champions League quarterfinals with a 5-0 win Friday over Malaysia's Johor Darul Ta'zim in the round of 16.

Danish forward Kasper Junker scored a brace of his own in the dying moments to put an exclamation point on the victory.

Reds opened the scoring at their Saitama Stadium home ground outside Tokyo from the penalty spot. Alexander Scholz did the honors in the eighth minute after Johor keeper Farizal Marlias went up for a high ball but missed and crashed into a Reds player instead. 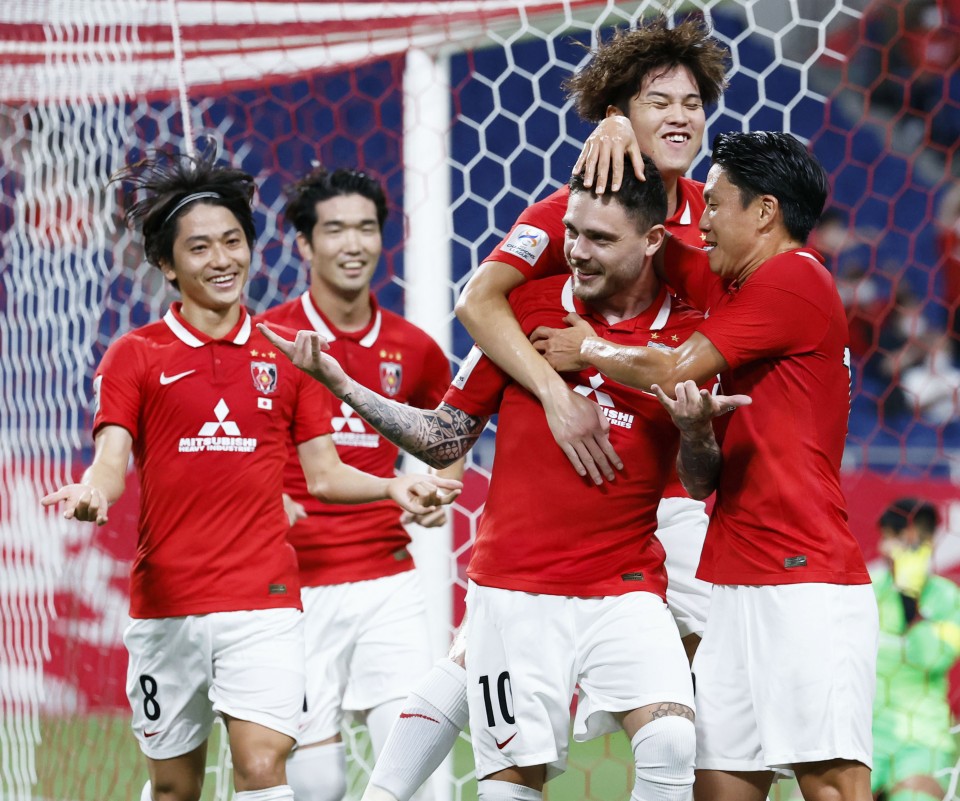 Urawa Reds players celebrate with teammate David Moberg (10) after he scored the team's second goal on his free kick in the first half of an Asian Champions League round of 16 match against Malaysia's Johor Darul Ta'zim at Saitama Stadium outside Tokyo on Aug. 19, 2022. (Kyodo)

Moberg scored on his 19th-minute free kick when he hit it over the wall and banged it in off the post. The Dane made it 3-0 in the 39th minute from open play.

As Reds crossed repeatedly with impunity, Moberg turned a low one into the goal from close range. He just failed to get a hat-trick in the 41st minute, missing another point-blank effort although from a difficult angle.

Junker completed the route with a pair of solid finishes from the edge of the box in the 84th and 91st minutes.

Football: Reds into ACL round of 16, Frontale eliminated