Hagiuda, then industry minister, and Ikuina, who was elected in the House of Councillors election on July 10 in the Tokyo constituency, visited the facility in the city of Hachioji in western Tokyo apparently to seek the religious group's support. 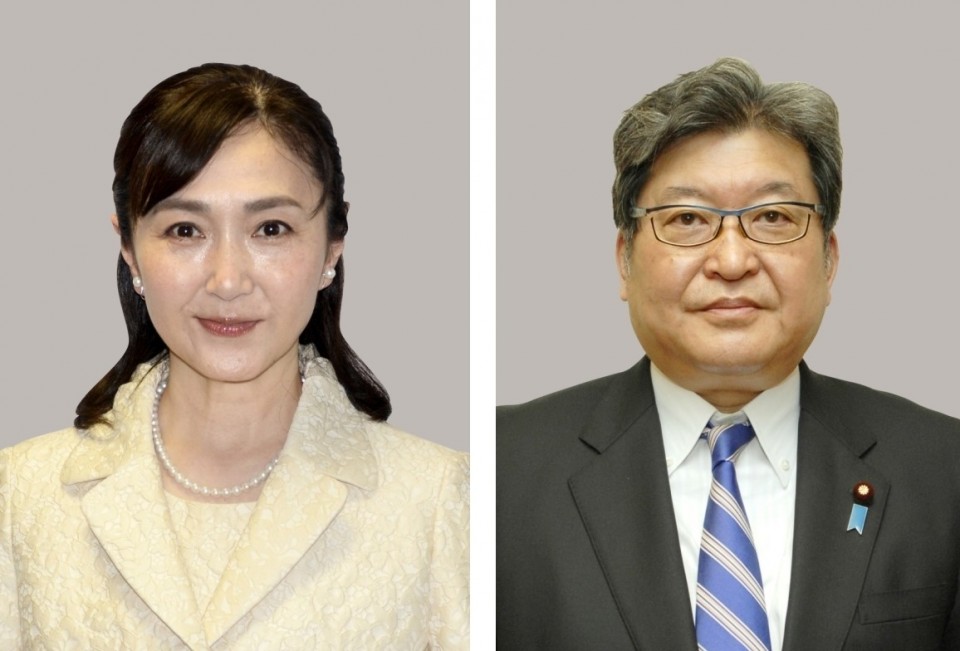 "It is true that she visited the related facility" with Hagiuda, Ikuina's office said, after a weekly magazine report Tuesday about their visit to the place in Hachioji, which makes up the House of Representatives constituency from which Hagiuda was elected.

Ikuina made the visit after a person who had heard a speech by the candidate requested that she speak there, her office said.

The church has come under the renewed spotlight in Japan since the fatal shooting of former Prime Minister Shinzo Abe days before the election. The gunman has been quoted by investigators as saying his family was ruined after his mother made huge donations to the church and he believed Abe was linked to the group.

Hagiuda, a close aide of Abe and a member of the LDP's largest faction previously headed by the former prime minister, responded to a recent Kyodo News survey on the connection between lawmakers and the group, admitting to having spoken at an event related to the church, now known as the Family Federation for World Peace and Unification, in 2014. Ikuina belongs to the same faction as Hagiuda.

He did not mention any financial relationship in his response. But a fund management organization for Hagiuda was found later Wednesday to have paid fees to a church affiliate in 2012 and 2014, while the LDP office of the Tokyo constituency he heads paid the group in 2015 and 2017 a total 60,000 yen ($450) across four separate occasions, according to political funds and expenditure reports.

His office has thus far not commented on the reasons behind the payment.

The church is famous for its mass weddings. A number of its followers have been convicted in the country over "spiritual sales," in which people are talked into buying jars and other items for exorbitant prices by use of threats, including the citing of "ancestral karma," leading to some critics calling the group an antisocial cult.

Kishida said then that he asked all ministers to "check and strictly review any links to the group in question to avoid public doubts and appointed only those who have agreed to do so."

Seven members of the new Cabinet have been found to have had links with the church, including by participating in events or paying fees. Economic revitalization minister Daishiro Yamagiwa, who retained the portfolio, and Katsunobu Kato, who became health minister again, are among them.

The Kyodo News survey showed that 106 of Japan's 712 lawmakers have had some connection with the group, with nearly 80 percent of them belonging to the LDP.