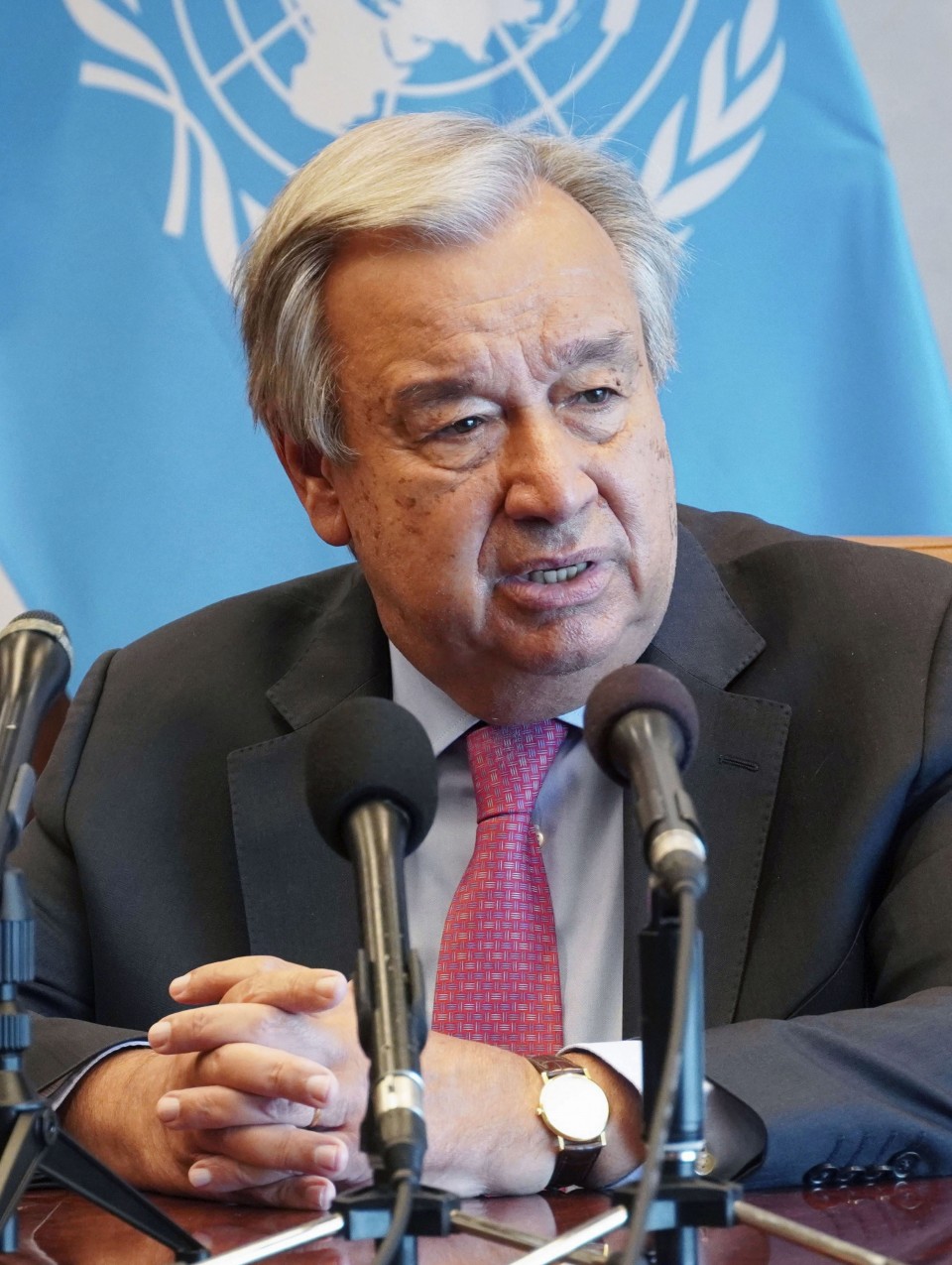 U.N. Secretary General Antonio Guterres said Wednesday he has high hopes that a disarmament conference starting this week will lead to the reaffirmation of the norm that nuclear weapons should never be used, in comments ahead of his visit to Hiroshima for the upcoming anniversary of the U.S. atomic bombing of the western Japanese city.

"Those that possess nuclear weapons have a clear responsibility not to admit the possibility of any kind of nuclear confrontation," Guterres said in a meeting with Japanese media organizations on the sidelines of the Nuclear Non-Proliferation Treaty review conference at the U.N. headquarters. The four-week conference started Monday.

He will be the first U.N. chief since Ban Ki Moon in 2010 to attend the Hiroshima anniversary, with his visit coming amid threats made by Russia to use nuclear weapons in its war against Ukraine.

As Japan is the only country to have suffered atomic bombings, its government "has a lot of moral authority...to make sure that nuclear weapons will no longer be used," he said.

Guterres plans to attend the peace memorial ceremony in Hiroshima on Saturday and is also slated to meet with atomic-bomb survivors and hold discussions with young activists working towards nuclear disarmament.

He expressed solidarity with and condolences to the families of atomic-bomb survivors who have passed away, saying that he admired the survivors' "resilience" and "courage."

Guterres, who made a private visit to the Hiroshima Peace Memorial Museum in the 1980s, said he had been "very moved" by it.

Given some 13,000 nuclear warheads are estimated to still exist across the globe, according to the Stockholm International Peace Research Institute, and with such weapons being modernized, Guterres emphasized the need to revitalize activism for denuclearization.

Younger generations should be able to learn from the "mistakes made by my generation and the generation before mine" to avoid repeating the mistakes of Hiroshima and Nagasaki, he said.