Rifts have widened within a panel of an ongoing nuclear disarmament conference as its weeks-long debates near an end next week, with outright disputes emerging over issues such as Russia's invasion of Ukraine.

The biggest sticking points for the second main committee under the Nuclear Non-Proliferation Treaty review conference include differences over phrasing related to Russia's seizure of a nuclear power plant in southern Ukraine and cautionary language favored by China over Australia's plans to acquire nuclear-powered submarines.

The committee tasked with handling nonproliferation issues had initially planned to wrap up its debates this week as part of efforts for conference members to agree on a final statement for the first time since 2010. 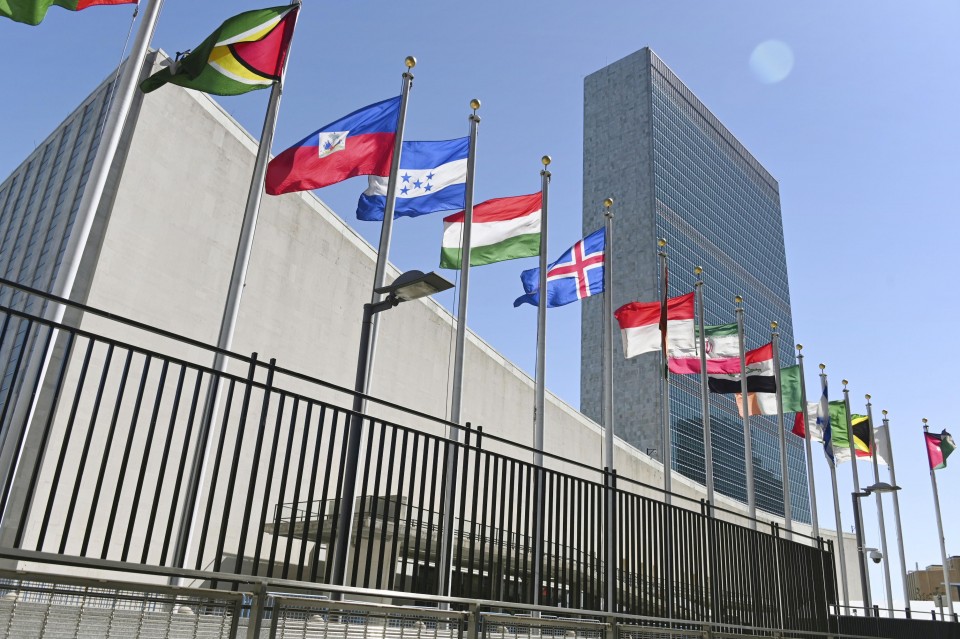 But as it grapples with such contentious issues, the second committee has decided to continue its consultations into next week to work toward bridging the gaps by the Aug. 26 end of the review conference, which began on Aug. 1.

In a dispute related to the war in Ukraine, Russia questioned wording in the draft report that said the committee "expresses grave concern for the military activities being conducted near or at the Zaporizhzhia nuclear power plant in Ukraine."

"It is not acceptable," a Russian delegate said of the phrasing during a committee session Wednesday.

Russia said the current version of the draft report "is a step away from a consensus," threatening potential failure for the committee to agree on a final report, a major setback that would further weaken the NPT regime.

Conflicts have been occurring on the premises of the nuclear plant since Russia seized it in March. Ensuring its safety was on the agenda in talks between Ukrainian President Volodymyr Zelenskyy and U.N. Secretary General Antonio Guterres in Lviv on Thursday.

A British delegate rebutted Russia's stance, saying, "We do not believe the text as drafted goes far enough." She also insisted the committee stipulate in a final report that NPT member states are "responsible" for the situation at the Ukranian nuclear plant.

The review conference of the treaty which came into effect in 1970 convenes once every five years, in principle. Member countries failed to agree on a final document in 2015, while the 2020 meeting was postponed until this year due to the novel coronavirus pandemic.

The committee and two other panels are trying to compile their respective reports and combine them into a final plenary document. The first main committee handles nuclear disarmament, while the third addresses peaceful uses of nuclear power.

Another contentious issue for the committee is a dispute over Australia's plan to introduce nuclear-powered submarines in cooperation with the United States and Britain under the security framework called AUKUS.

China demanded the committee add language to the draft toward ensuring the nuclear propulsion system for submarine engines will not be diverted to create nuclear weapons.

Beijing proposed wording in the draft expressing "concerns over the transfer of naval nuclear propulsion reactors and weapon-grade highly enriched uranium" from countries that have nuclear arsenals to a non-nuclear state, with Indonesia echoing some of the same reservations.

Australia declined the proposal, saying the AUKUS members are working closely with the International Atomic Energy Agency "in an open and transparent manner" to ensure international confidence in its safeguards approach and to strengthen the nonproliferation regime.