The German air force sent a fleet including fighters to the Indo-Pacific for the first time on Monday for joint exercises and other operations, the Defense Ministry said.

The dispatch of six Eurofighter jets and other military planes, including air tankers, is aimed at promoting security ties with the region amid high tensions surrounding the Taiwan Strait. 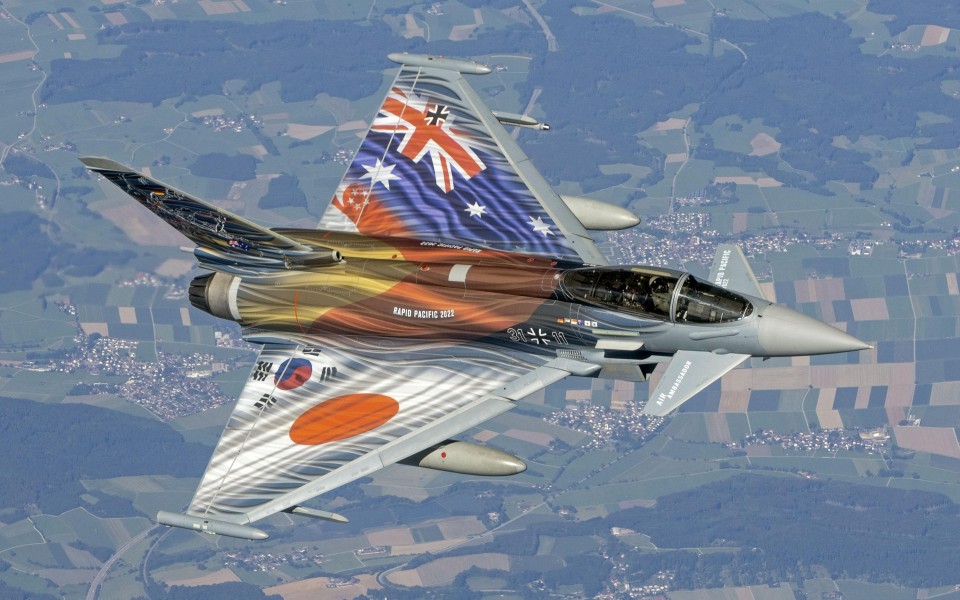 The fleet will visit Japan from Sept. 28 after joining a 17-nation exercise in Australia starting Friday, according to the German and Australian defense ministries.

The aircraft from a base in the southeastern state of Bavaria will also visit South Korea and Singapore, the German Defense Ministry said.

Japan and the United States will also take part in Exercise Pitch Black along with 15 other countries, according to Australia's Defense Department.

Germany, which has been stepping up its engagement in the Indo-Pacific region, released a comprehensive Indo-Pacific strategy in 2020, signaling its shift away from a China-centered Asia policy.

The European country last year dispatched a navy frigate to the region for the first time in around 20 years to conduct joint exercises with Japan's Maritime Self-Defense Force in the Pacific Ocean south of Tokyo.