Munetaka Murakami suggested Saturday he has his eye on making home run history.

His two bombs in the Yakult Swallows' 7-2 win over the Chunichi Dragons tied the Central League club's record for home runs by a Japanese player at 44, equaling the mark set by Akinori Iwamura in 2004. 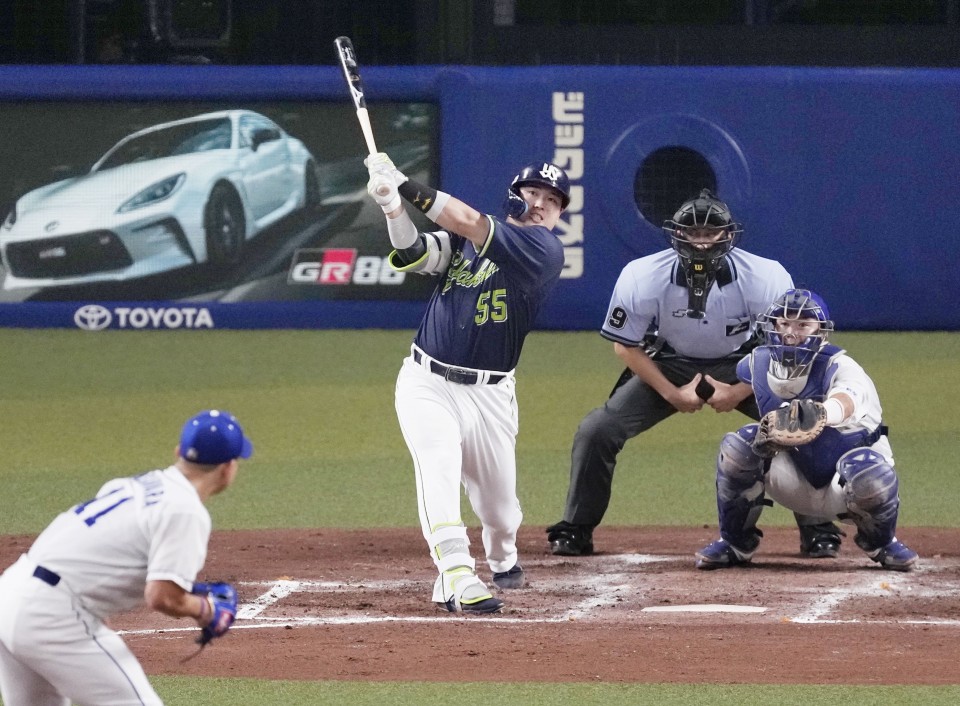 Munetaka Murakami of the Yakult Swallows hits a home run in the third inning of a Central League baseball game against the Chunichi Dragons on Aug. 20, 2022, at Vantelin Dome Nagoya in Nagoya, central Japan. (Kyodo)

Asked about the milestone after the game, the 22-year-old cleanup hitter alluded to Wladimir Balentien's Japan pro baseball record of 60 for the Swallows in 2013.

"Yakult had a...player who hit 60, so I'm setting my sights even higher (than the Japanese record)," Murakami said.

Murakami has already set a pair of Japanese pro baseball records this season.

He became the youngest player to hit 40 home runs, surpassing Hall of Famers Sadaharu Oh and Koji Akiyama, who accomplished the feat at 23, and became the first player to homer in five consecutive plate appearances. 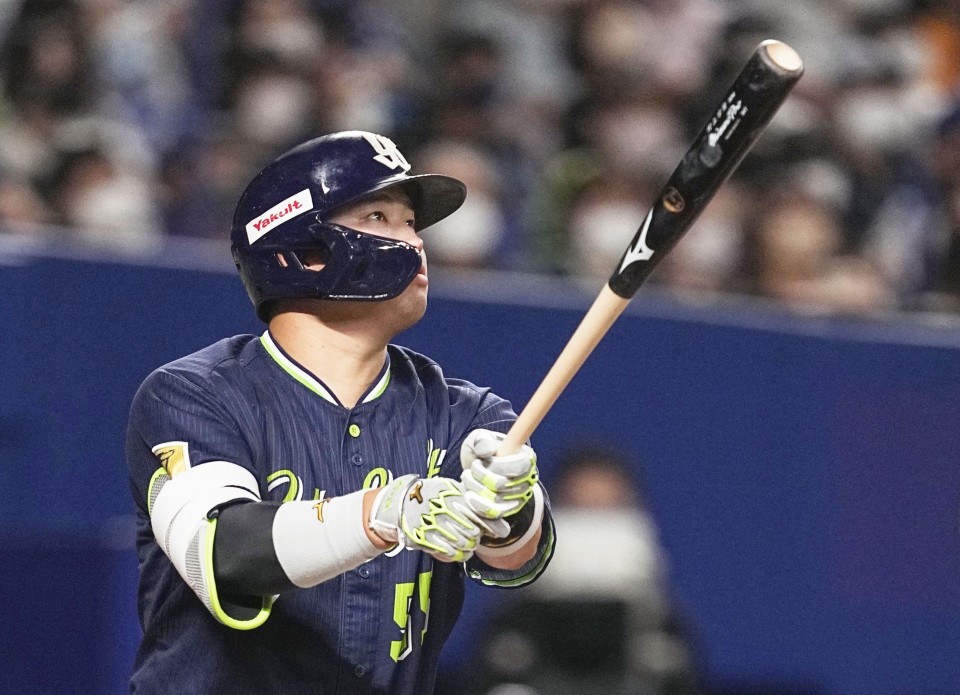 Munetaka Murakami of the Yakult Swallows hits his second home run of the day in the seventh inning of a Central League baseball game against the Chunichi Dragons on Aug. 20, 2022, at Vantelin Dome Nagoya in Nagoya, central Japan. (Kyodo)

With 34 games remaining in the regular season, Murakami is on a pace to hit 58, which would surpass the 55 Oh hit in 1964 as the most by a domestically registered player.

Murakami leads the CL by wide margins in both home runs and RBIs, with 107 in the latter category following a 3-for-4, three-RBI outing on Saturday that boosted his batting average to .329.

He is in a tight race for the batting title with Keita Sano of the DeNA BayStars, who started the day at .326.

No hitter has led the CL in all three categories since Randy Bass in 1985 and 1986 for the Hanshin Tigers, but Murakami said he is not going to fret about his average just yet.

"Batting averages go up and they go down, so I can't be too concerned about where I am today," Murakami said.

"But if there's something I can take a shot at, I'm going to try, although the first priority is the team winning the championship."