But at Haccho elementary school in Toyohashi, Aichi Prefecture, English is the dominant language for a special class in each grade. It is used throughout the curriculum except for Japanese language and ethics classes, and Japanese is only used when a teacher has to explain the meaning of a word. 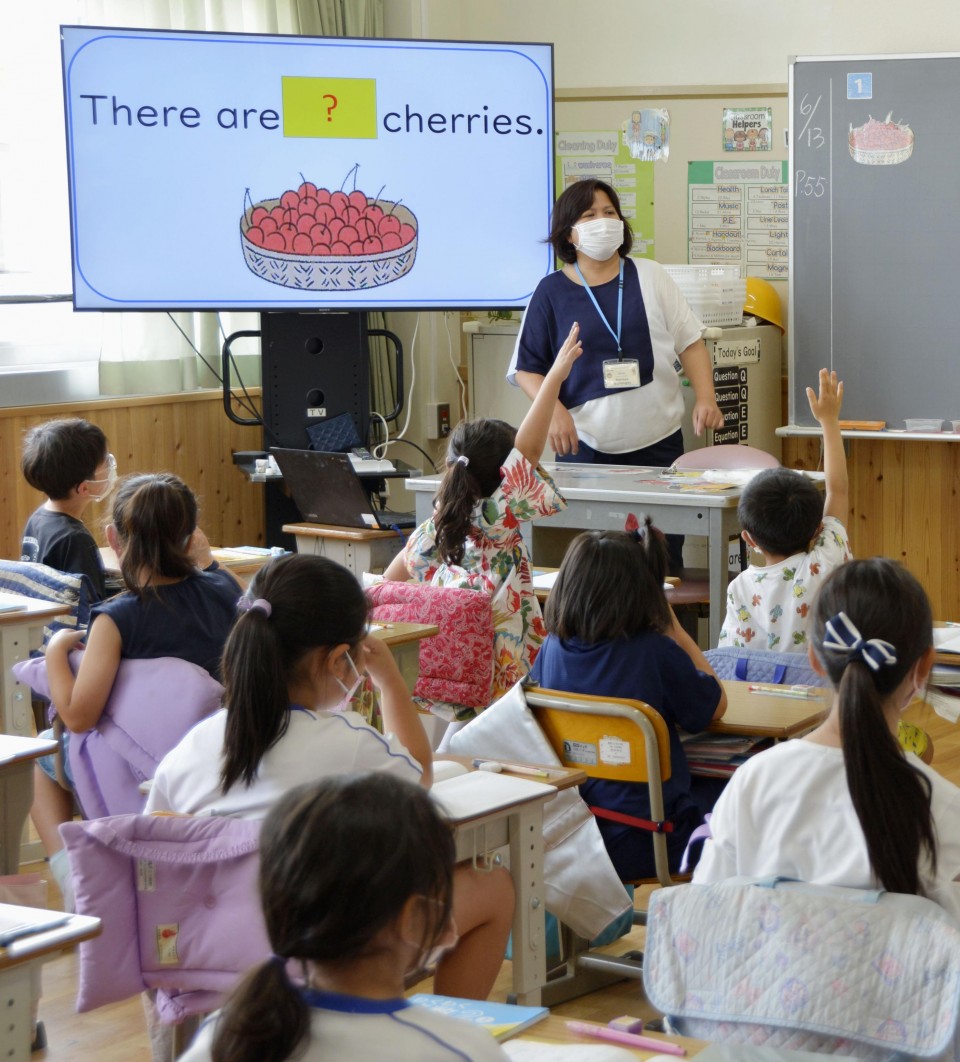 "How many cherries are there?" asked a female teacher from the Philippines in a second grade mathematics class, and many students exclaimed, "I know!" in English.

"I can understand words I don't know when I listen to someone talking. Classes are fun. I want to talk to foreign people in the future," said 7-year-old attendee Mihito Nishitani.

Noriyuki Ishida, 46, who has been teaching the classes with foreigners, said, "There were children who became confused at first, but their ability to understand English grew far more than what we had expected."

He said lessons progress slower than when conducted in Japanese and require more preparation time, but the school believes the program is beneficial for students and hopes their efforts will serve as a model case for other schools nationwide.

"We feel (the program) stimulates children's intellectual curiosity. We've seen an increase in the academic performance of students, including those who are not in the all-English classes," said the school's vice-principal Tsunehisa Inada, 53.

Since introducing the program from fiscal 2020, the school solicits city-wide attendees of the classes with a capacity of 26 students each.

"There are challenges in supporting teachers and providing financial assistance, but there is a significance in realizing such classes at public elementary schools in which pupils with diverse backgrounds attend," said Tetsuo Harada, a Waseda University professor and an advisor at the World Family's Institute of Bilingual Science, which supports the school.

Harada added six years of elementary school education is not enough for students to learn all subjects in English, saying, "We need to work with junior and senior high schools."