Food prices will continue to surge in Japan for the latter half of 2022, with more than 10,000 items set to rise in price from August onward as import costs of materials become more expensive due to a weaker yen, according to a survey by a credit research company.

The Teikoku Databank survey found prices of 2,431 items are scheduled to rise in August, with hikes for 8,043 more items planned for later this year. 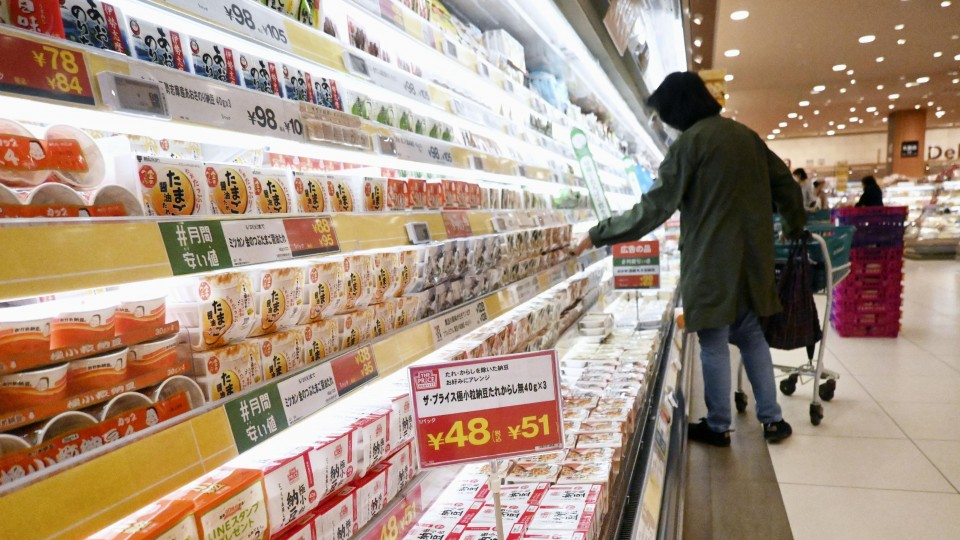 A shopper browses in the food section at a supermarket in Tokyo's Ota Ward in May 2022. (Kyodo)

These items would bring the total number of products that have risen in price or are expected to do so this year to 18,532 items, with the average margin of increase standing at 14 percent, the survey showed.

The total number could eventually exceed 20,000 by the end of the year if inflation continues at this rate, the company said.

"Companies are becoming less hesitant to raise prices," a Teikoku Databank official in charge of the survey said. "They are getting quicker to make a move" as they see an increasing number of competitors charge more for everything from pasta to chocolates.

The depreciation of the yen has been pushing up the import costs denominated in yen. Combined with soaring costs for materials such as wheat and edible oil as well as for logistics, an increasing number of items are experiencing price hikes twice or more, the company said.

By month, October will see spikes for the largest number of items compared with the other remaining months of the year with 6,305 products, followed by August's 2,431 and September's 1,661.

Of the total of 18,532 items affected by price hikes this year, 7,794 are processed foods such as sausages and frozen foods, 4,350 are condiments including dressings and mayonnaise, and 3,732 are liquor and beverages.

By the end of July, the company compiled the data on price hikes from 105 major food and beverage companies listed on stock exchanges.