Local police said they have received no immediate reports of major damage. The Japan Meteorological Agency asked people in the affected areas to be alert for about the next week over the possibility of a strong aftershock. 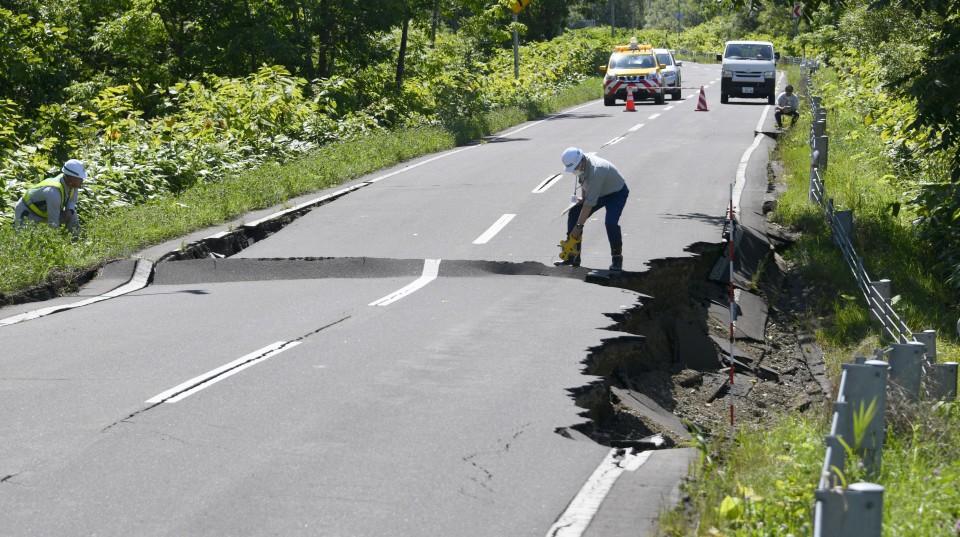 Cracks are seen on a road in Nakagawa, Hokkaido, on Aug. 11, 2022, after a series of strong earthquakes struck Japan's northernmost main island early in the day. (Kyodo)

The most powerful temblor, with a preliminary magnitude of 5.4, shook the northern part of the island at around 12:53 a.m., registering upper 5 on the Japanese seismic intensity scale of 7 in Nakagawa and 4 in many areas near the town.

Initially, the agency had estimated the magnitude as 5.3, but later revised it.

The town was also hit hard by the first quake, which occurred around 12:35 a.m. with an estimated magnitude of 5.2 and a rating of lower 5 on the intensity scale. The agency also upgraded the strength of the quake from an initial figure of 5.1.

The focuses of the quakes were both at a depth of about 4 kilometers, the agency said, revising it from the earlier estimate of 10 km.

"The first one was a short tremor that lasted 10 seconds or so, but I felt the second was a bit longer, about 30 seconds," said an official of the Nakagawa town office.

"It shook up and down, as well as from side to side," the official added, noting that documents fell from the office shelves as a result of the temblors.

The region was also hit by other quakes early Thursday, including one that measured 4 on the intensity scale in Nakagawa, the agency said. 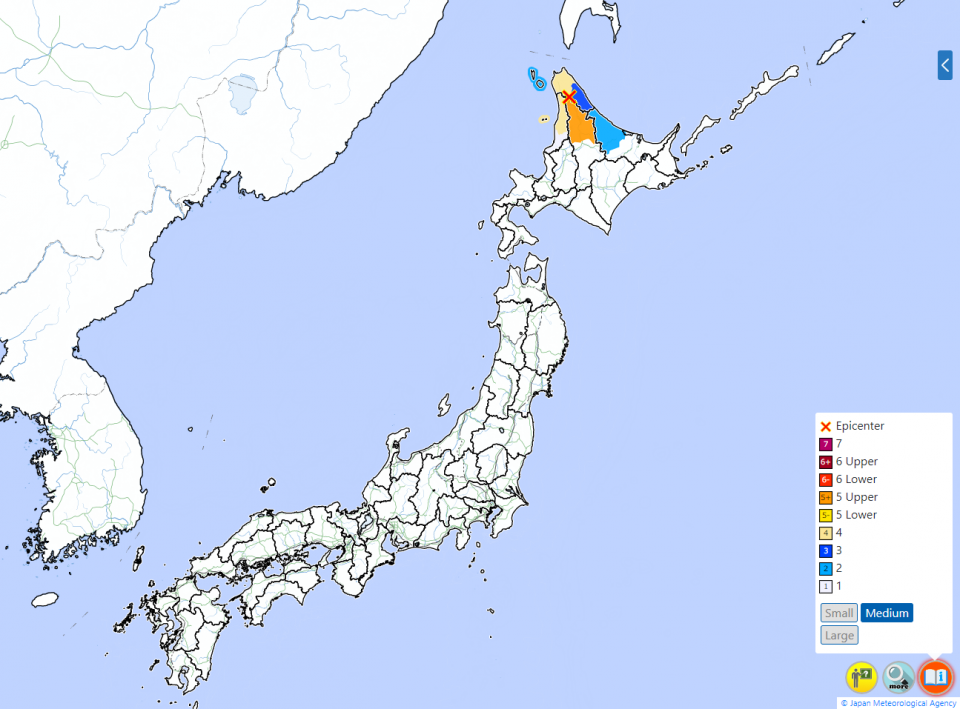