Cars sporting decals of characters from anime and video games were assembled at Mombetsu's Kaiyo Park in Hokkaido on Aug. 20, for a two-day event held for the first time in three years due to a coronavirus pandemic-enforced hiatus.

Among the elaborately decorated vehicles, known as "itasha" in Japanese, one was completely plastered inside and out with images of the popular virtual diva Hatsune Miku, while another was equipped with arcade game machines. About 20 cars were lined up for display at the event organized by Osaka-based group Team Orange Road. 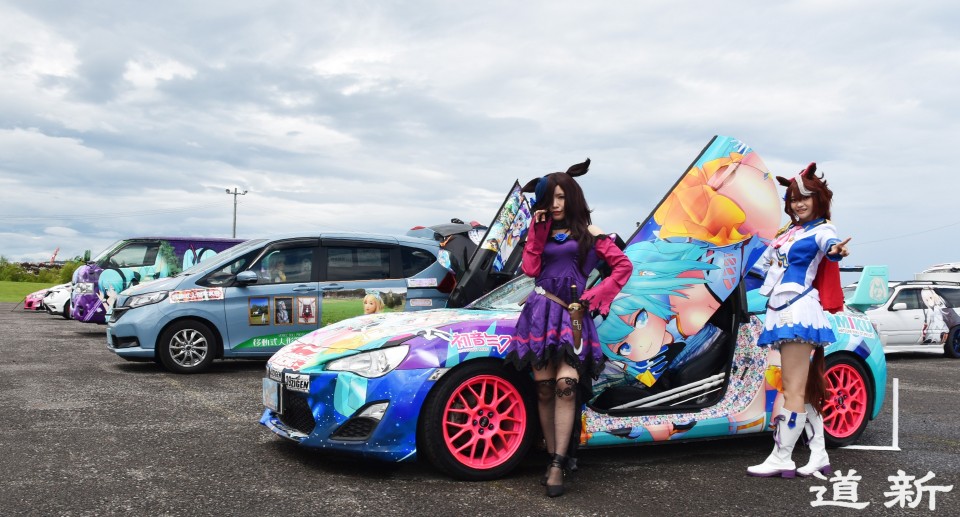 Cosplayers pose for photos with cars sporting decals of characters from anime and video games.

The event also featured cosplayers dressed as various anime and game characters, and related goods such as stickers and T-shirts were on sale.

Team Orange Road representative Tetsuya Kusunoki said it felt like the event was back at square one as they had been unable to hold it in 2020 and 2021, but that he hopes it will eventually become a city-wide occasion in Mombetsu.