China on Monday urged Japan to stay true to its commitment to building a world without nuclear weapons, as it expressed doubt about Prime Minister Fumio Kishida's pledge to do so on the 77th anniversary of atomic bombing of Hiroshima.

Beijing claimed that despite its pledge, the only country in the world to have suffered nuclear attacks in war has been protected by the U.S. nuclear umbrella and is opposed to Washington relinquishing the no-first-use policy regarding its nuclear weapons. 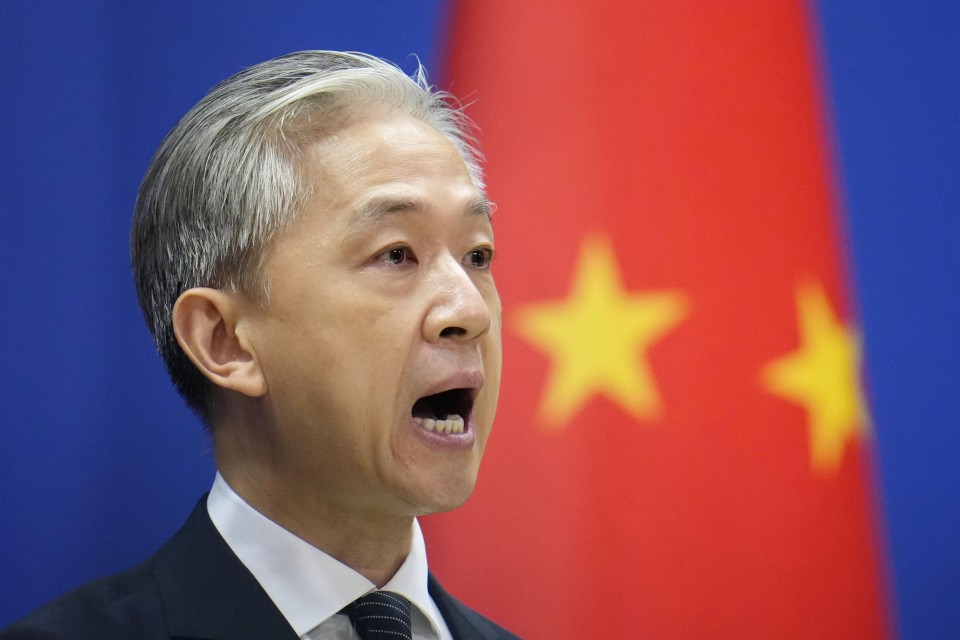 "Some (Japanese) politicians even claim to have nuclear sharing with the U.S. side, claiming that the U.S. deployment of nuclear weapons (in Japan) should not be a taboo," Chinese Foreign Ministry spokesman Wang Wenbin told a press conference in Beijing.

He maintained that the Japanese government "connived at such discussions" by the politicians, casting doubt on Kishida's fresh vow to nuclear disarmament made Saturday.

Wang also pointed out Japan is "talking about the (atomic) bombing without any deep reflection about the history of aggression," referring to wartime damage inflicted on neighboring countries by Japan's militarism