U.S. President Joe Biden on Tuesday signed into law a bill that invests $52.7 billion in semiconductor production and development in a bid to secure a technological edge amid intensifying competition with China.

The enactment of the law, which includes $39 billion in manufacturing incentives, also comes as the United States is accelerating cooperation with Japan, a key security ally, to build resilient semiconductor supply chains that rely less on potential adversaries. 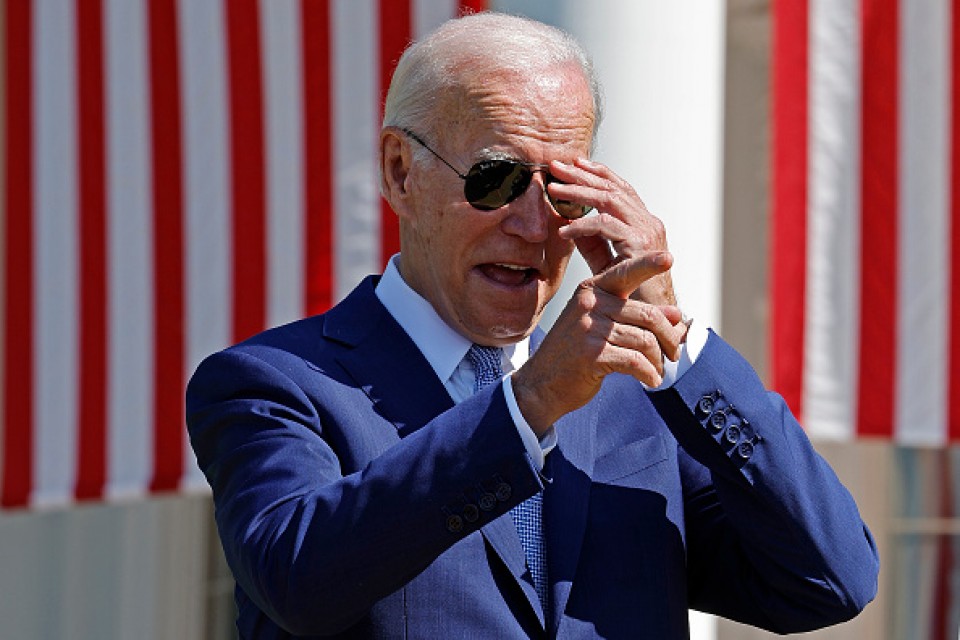 U.S. President Joe Biden attends a signing ceremony for the CHIPS and Science Act at the White House on Aug. 9, 2022. (Getty/Kyodo)

Calling the CHIPS and Science Act a "once-in-a-generation investment in America itself," Biden said during the bill's signing ceremony that the planned investment is intended to put the United States in a position of "leading the world again for the next decades."

CHIPS stands for Creating Helpful Incentives to Produce Semiconductors. Many essential technologies, ranging from smartphones and automobiles to defense systems, rely on semiconductors.

A stable supply of chips even during disruptions such as conflicts and natural disasters has become a matter of urgency, as the coronavirus pandemic and Russia's invasion of Ukraine have revealed the vulnerabilities of supply chains for the high-tech component as well as other essential items.

Although semiconductor technology has been invented in the United States, the country currently produces only about 10 percent of the world's supply.

The world's semiconductor manufacturing capacity is also heavily concentrated in East Asia -- a region exposed to high geopolitical tensions -- with Taiwan accounting for 20 percent of the total in 2019, followed by South Korea at 19 percent, Japan at 17 percent and China producing 16 percent, according to a 2021 U.S. government report.

U.S. Commerce Secretary Gina Raimondo, who also attended the ceremony, said the overreliance on foreign manufacturers of semiconductors is "a real vulnerability," but added, "That's going to change."

It will also provide a 25 percent investment tax credit for capital expenses related to the manufacturing of semiconductors and related equipment.

Such incentives will "secure domestic supply, create tens of thousands of good-paying, union construction jobs and thousands more high-skilled manufacturing jobs," the White House said, pitching the benefits of the bill to the public ahead of the November midterm elections.

On Wednesday, Chinese economic bodies expressed their firm opposition to the law, saying in a statement it will promote "unfair competition" with China and other countries of concern in the semiconductor industry and "hinder the global economic recovery and innovative growth."

They also said providing huge subsidies to the U.S. domestic chip industry and investment tax credits "discriminates against some foreign companies" and highlights that Washington is "using government power to forcibly change the international division of labor" in the semiconductor sector.

With Biden's popularity declining and the United States struggling with high inflation on the back of Russia's war on Ukraine, Biden and his Democratic Party are apparently hoping that the law will help turn their fortunes around.

The Biden administration has also expressed hope that the new law will spur foreign direct investment from countries including Japan.

Biden, meanwhile, also called for beefing up the production of advanced chips, none of which are currently produced in the United States, noting that weapons systems will increasingly rely on such components in the future and that "China is trying to move way ahead of us in manufacturing these sophisticated chips."

The investment will come with what the administration calls "strong guardrails," ensuring that recipients do not build certain facilities in China and other countries of concern, according to the White House.