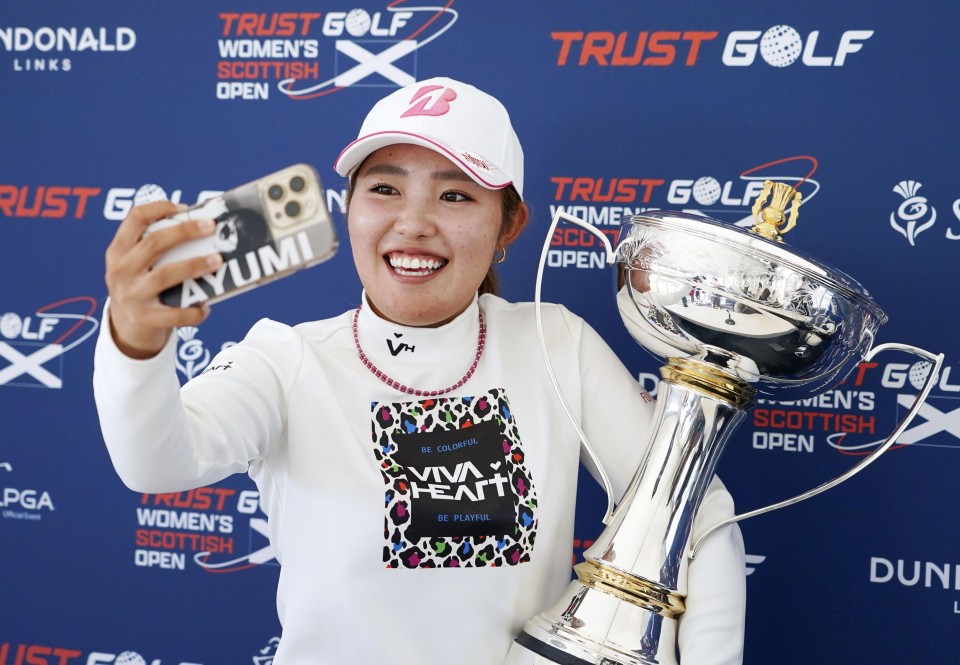 Ayaka Furue of Japan takes a selfie with her trophy after winning the Scottish Open in Gailes, Scotland, on July 31, 2022. (Kyodo)

Ayaka Furue won the Scottish Open on Sunday with a barnstorming 10-under course-record round of 62 that gave the 22-year-old Japanese her maiden win on the LPGA Tour.

Starting the day in ninth place and four shots behind the leaders, Furue shot a bogey-free round to finish three shots clear of the field with a four-round 21-under 267 total.

Furue, a seven-time winner on the Japan LPGA tour, is the second Japanese woman to win on the U.S. tour this season after Nasa Hataoka, who won the DIO Implant LA Open in April. The Kobe native earned an LPGA card through the qualifying tournament in December.

"I never imagined winning in my rookie year so I'm really happy. I'm stoked because Nasa congratulated me," Furue said.

The tour rookie's 10 birdies on Sunday, including a streak of six straight between the sixth and 11th holes, set a pace that no other player could match at the Dundonald Links course in Scotland.

Second place finisher Celine Boutier of France faltered with three bogeys in her final eight holes to end the tournament at 18-under after holding the overnight lead alongside Kiwi Lydia Ko.

South Korea's Kim Hyo Joo and Cheyenne Knight of the United States ended in a tie for third, one shot further back.

"My all-around game was very good, the putts I needed to make -- the big birdie putts -- I was able to make," said Furue who finished tied for 19th at the Evian Championship earlier in the month.

"This win gives me a lot of confidence and now I am looking forward to more big tournaments." 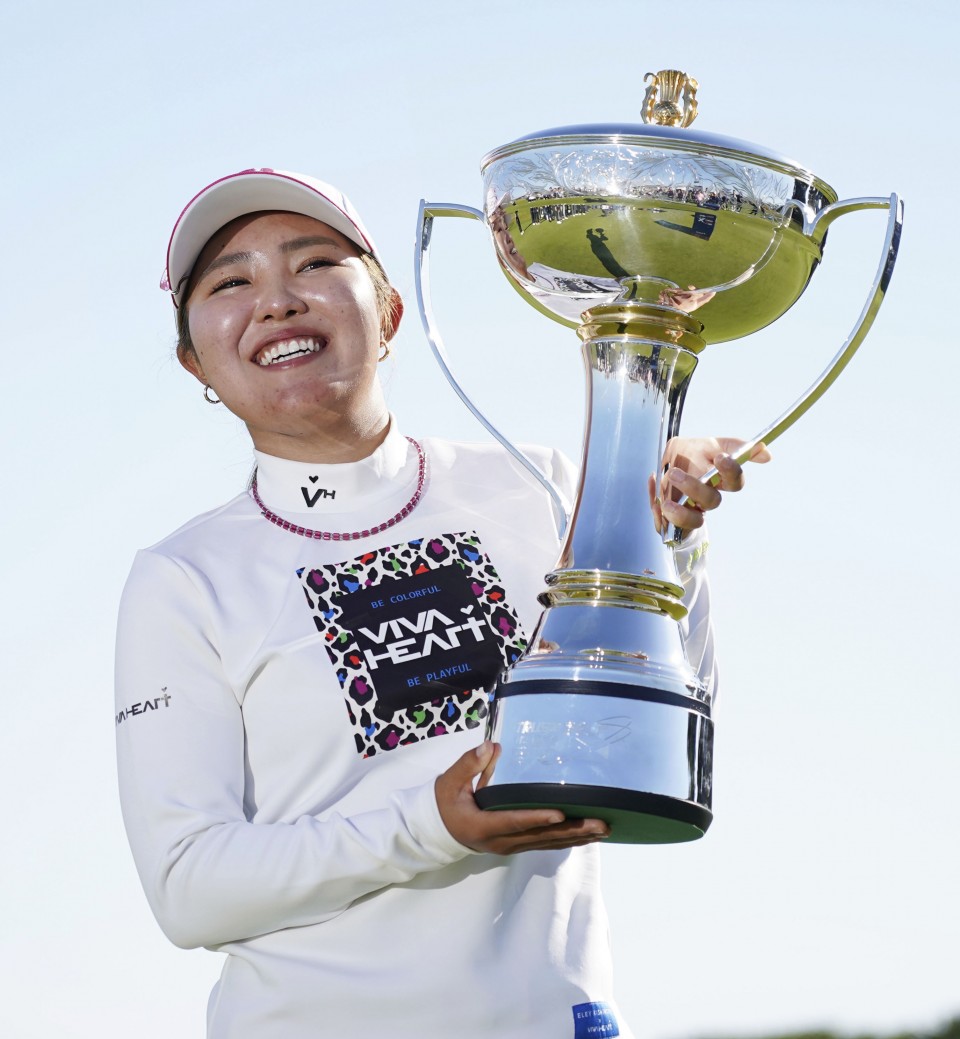 Ayaka Furue of Japan smiles with her trophy after winning the Women's Scottish Open golf tournament on July 31, 2022, at Dundonald Links in Ayrshire, Scotland. (Kyodo) ==Kyodo

The 23-year-old, six-time LPGA Tour winner shot a six-birdie 68 on Sunday to put herself in contention, but two dropped shots on the day, including one on the 16th hole, left her at 15-under. Hataoka has four top-10 finishes since her DIO Implant LA Open victory.

After not breaking 70 in the first three rounds, Yuka Saso leaped up the leaderboard on the tournament's final day with a 66 that put her into a tie for 24th. The 2021 U.S. Women's Open champ was the only other Japanese player to make the cut.