Former world No. 1 Kento Momota launched his bid for a third men's singles world title in front of his home fans Monday with a 21-16, 21-14 win over first-round opponent Lino Munoz of Mexico.

The 27-year-old star headlined a strong field of Japanese players on the opening day of the BWF World Championships, running through Sunday at Tokyo Metropolitan Gymnasium. 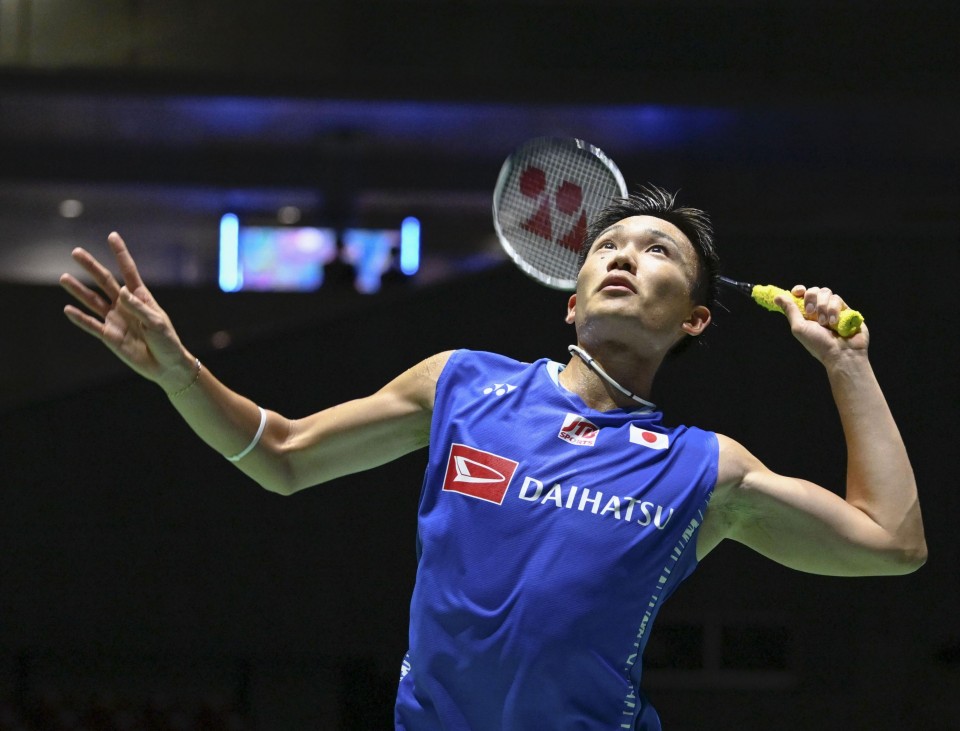 Kento Momota of Japan plays against Mexico's Lino Munoz in the men's singles first round of the world badminton championships in Tokyo on Aug. 22, 2022. (Kyodo) ==Kyodo

All three Japanese doubles pairs competing on the opening day were victorious.

Current world No. 2 Momota, who made a shock group-stage exit from last summer's Tokyo Olympics, is aiming to overcome a recent run of inconsistent results with support from the home crowd.

"I could get my legs moving, and it was a game that I can build on," Momota said. "I was able to take control of the tie whenever I thought about raising my tempo."

The 2018 and 2019 world champion's previous match was a loss to compatriot Kanta Tsuneyama in the Malaysia Masters round of 16 last month.

Returning to the scene of his Tokyo Olympic men's singles triumph, Denmark's world No. 1 Viktor Axelsen cruised to a 21-16, 21-12 opening-round win over Malaysia's Liew Daren.