U.S. House of Representatives Speaker Nancy Pelosi on Wednesday criticized China for using her recent visit to Taiwan to intensify pressure on the self-ruled island, saying Beijing seems to be seeking to create a "new normal" in the region.

Having led a congressional delegation to Asia in a trip that made her the first U.S. House Speaker in 25 years to visit Taiwan, Pelosi said she was "proud" that she made the visit and emphasized, "We will not allow China to isolate Taiwan." 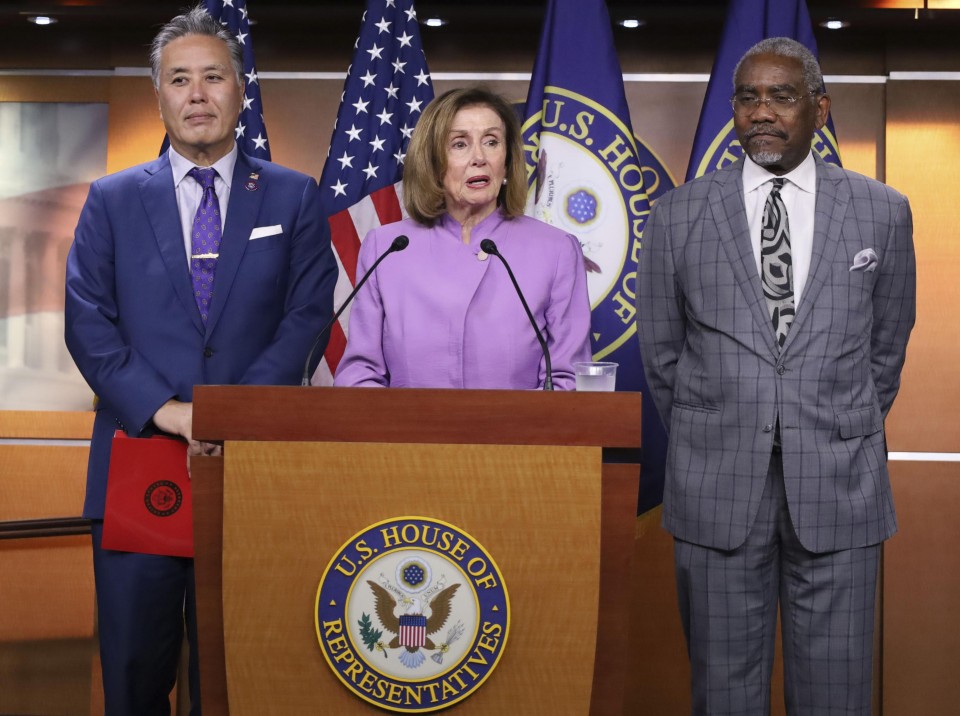 "They have kept Taiwan from participating in the World Health Organization, other things where Taiwan can make a very valued contribution. And they may keep them from going there, but they're not keeping us from going to Taiwan," she told a press conference.

Beijing, which views Taiwan as a renegade province to be reunified with the mainland, by force if necessary, reacted angrily to Pelosi's trip, calling it an act of interference in China's "internal affairs" that undermines its sovereignty.

Its response has also included large-scale military drills in areas encircling Taiwan, which involved firing ballistic missiles, as well as halting some trade with the island and suspending some bilateral engagements with Washington.

Pelosi said she thought China's reaction indicated that it was "trying to push their way closer to whatever thoughts they have about the future," and was seeking to establish "a new normal."

"We just can't let that happen," she said.

At the same time, she emphasized that the U.S. position remains unchanged and that Washington continues to oppose any unilateral changes to the status quo regarding Taiwan.

The United States switched its diplomatic recognition from Taipei to Beijing in 1979, but has kept up unofficial relations with the island and supplies it with arms and spare military parts to help it maintain sufficient self-defense capabilities.

The U.S. government, meanwhile, has maintained an ambiguous position regarding the use of military force in response to any potential Chinese attack on Taiwan, a policy known as "strategic ambiguity."

The policy is intended not only to deter China from using force against Taiwan but also to dissuade Taiwan from seeking independence, as neither Beijing nor Taipei can feel certain the United States would intervene to defend the island should a military conflict arise.