Japan's former world No. 1 Naomi Osaka says she has no plans for the rest of what has been an injury-plagued season after Tuesday's first-round U.S. Open exit.

"I'm more of like a winging-it type of person, so I'm never the type that really has a full set plan. I think I will just take it day by day," Osaka told a press conference when asked if she might just focus on rehabbing for next year. 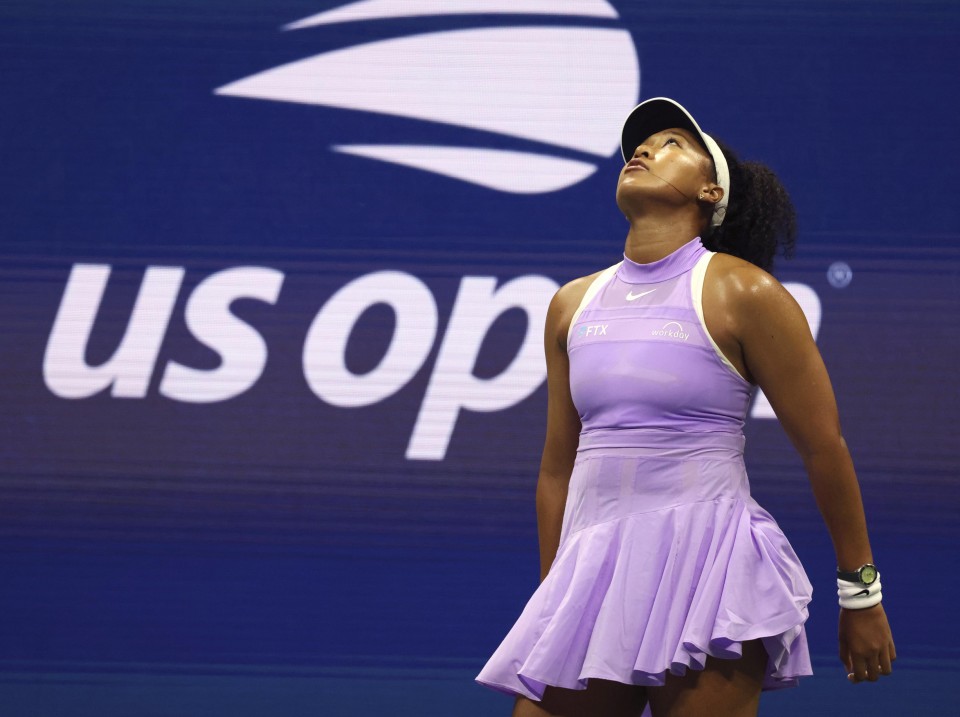 Naomi Osaka of Japan is pictured after losing a point in the women's singles first round against Danielle Collins of the United States at the U.S. Open tennis championships in New York on Aug. 30, 2022. (Kyodo) ==Kyodo

"I didn't know I was going to play here until a few days ago because I opened Twitter on accident," she joked, although it's been a season with little to laugh about.

The 24-year-old chalked up an Achilles tendon injury and lower back trouble that wiped out much of her season as important lessons.

"Everybody deals with injuries, so I'd say for me, it's been more prominent this year, but I learned a lot more about my body and what's weak and what I could do to prevent it," she said.

"I'd say this sport is definitely very physical, but it's kind of my job to stay on top of it."

If she can continue, September's Toray Pan Pacific Open in Tokyo will give her a chance she missed last year in Tokyo.

"I'd love to play Japan. The Olympics there were no crowd which was really sad. But I'd love to have the opportunity to play in front of people in Japan. I have a pretty good track record there, so it'd be nice," said Osaka, who was born in Japan but grew up in the United States.