Major Japanese trade houses Mitsui & Co. and Mitsubishi Corp. said Tuesday they have trimmed the value of their stakes in the Sakhalin 2 oil and natural gas project in the Russian Far East by a combined 217.7 billion yen ($1.7 billion), citing growing business uncertainty.

Mitsui cut its investment value by 136.6 billion yen and Mitsubishi by 81.1 billion yen after Russian President Vladimir Putin signed a decree in late June to seize control of the project with the creation of a new operating company. 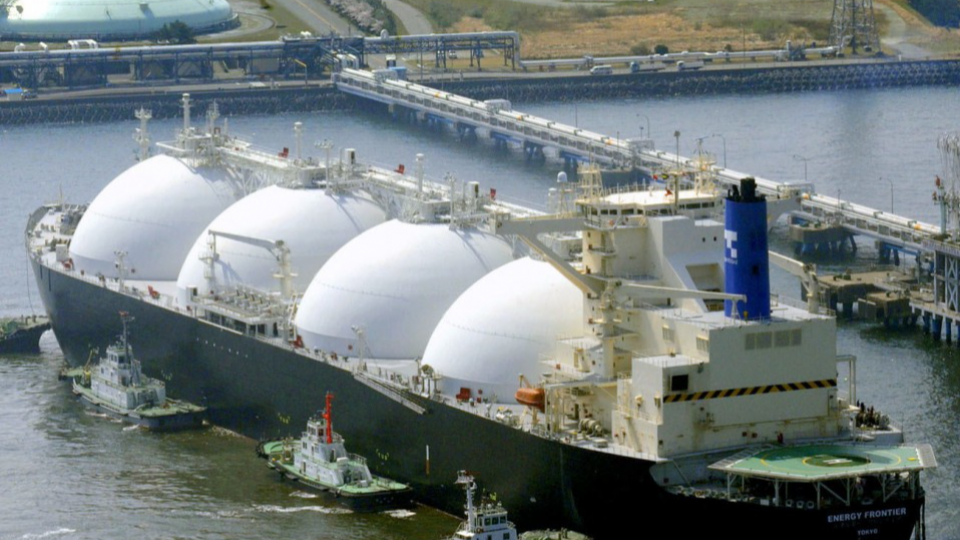 "It's possible that the value fluctuates further depending on the situation," Mitsubishi Chief Financial Officer Yuzo Nouchi said at a press conference on its earnings for the April-June period.

The value reductions would make net assets of the two Japanese companies smaller, but they said there would be no effect on their profit or loss.

As of the end of June, Mitsui's investment balance stood at 90.2 billion yen, while that of Mitsubishi was 62.2 billion yen.

Following Russia's invasion of Ukraine, the two had already cut the asset value by a total of about 94 billion yen in their business years that ended in March.

Mitsui and Mitsubishi hold stakes of 12.5 percent and 10 percent, respectively, in the energy project.

The government has said Japan, which is highly dependent on energy imports from overseas, will try to stay in the project but will also seek to slash its reliance on Russian energy.

Sakhalin 2 has an annual output capacity of about 10 million tons of liquefied natural gas, with Japan importing around 6 million tons.

Following the signing of the presidential decree, all assets and rights linked to the project are expected to be transferred to the new Russian company. But the specifics remain unknown.

Besides Sakhalin 2, Japan also invests in the Sakhalin 1 project, with Sakhalin Oil and Gas Development Co. -- a Japanese consortium involving the industry ministry, trading houses Itochu Corp. and Marubeni Corp., and others -- holding a 30 percent stake.