A suspicious sponsorship contract with Aoki for the international sporting event has developed into a corruption case following the revelation of several scandals involving the Tokyo Games, including the resignation of the organizing committee chief over his controversial sexist remarks. 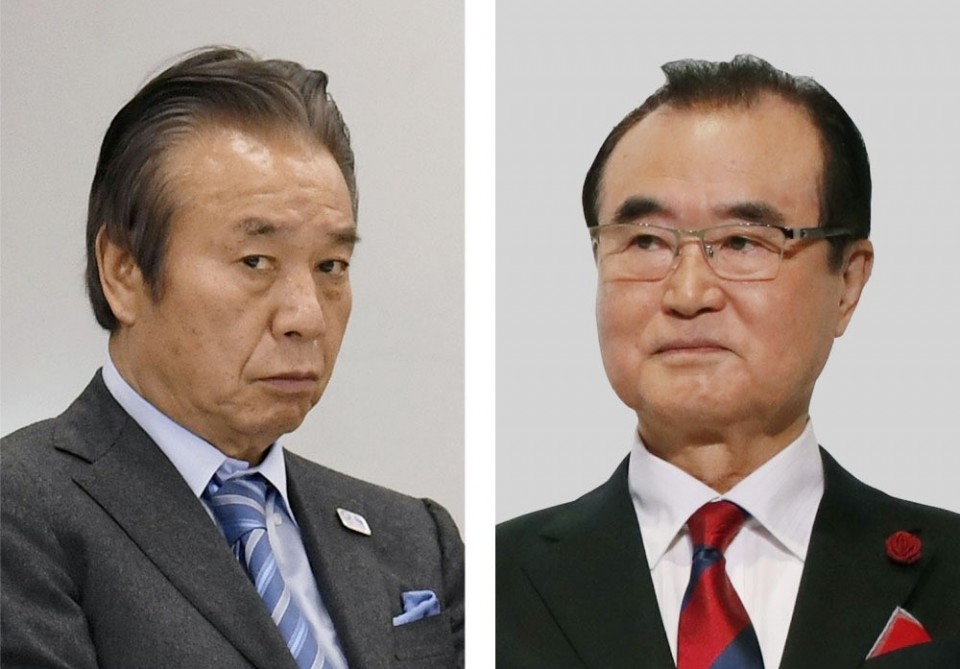 In addition to Haruyuki Takahashi, 78, a former senior managing director of Japan's largest advertising agency Dentsu Inc., the prosecutors arrested Hironori Aoki, a former chairman of the retailer, and two other people in connection with the case unfolding about a year after the Tokyo Olympics.

The special team of the Tokyo District Public Prosecutors Office believes Takahashi held considerable sway over the organizing committee's marketing division -- which was in charge of selecting sponsors for the Tokyo Games and had borrowed many Dentsu employees. He had apparently used his position to advocate for Aoki at the company's behest.

Takahashi was arrested on suspicion of taking bribes on over 50 occasions between October 2017 and March this year, with the funds transferred via an asset management firm of the Aoki family to his consulting company.

Aoki, 83, along with his younger brother Takahisa Aoki, 76, and Katsuhisa Ueda, 40, an executive director of the firm, are suspected of repeatedly requesting Takahashi give Aoki preferential treatment in the process of selecting sponsors from January 2017 to June 2021.

The three men were arrested on suspicion of providing a total of 28 million yen to Takahashi between September 2019 and March this year, with charges for payments made before this period dropped as the three-year statute of limitations had expired.

Investigators have not disclosed whether the four men have admitted to the charges. Takahashi has denied involvement in bribery although he acknowledged receiving money, an investigative source said.

Takahashi, whose home in Tokyo was searched late last month, was deemed a quasi-civil servant when he was serving as an executive of the now-defunct committee of the Olympics and Paralympics, which were held last year despite the novel coronavirus pandemic following a one-year postponement.

The consulting firm headed by Takahashi signed the deal with Aoki worth 1 million yen per month in September 2017, people familiar with the matter said earlier.

Aoki announced in October 2018 that it had sealed an "official supporter" contract with the organizing committee, which allowed the retailer to use the games' emblems for business purposes and sell licensed products.

Former chairman Aoki, who founded the retailer but retired in June, told the special investigative team during voluntary questioning that he had "high hopes in Takahashi's power" given his background.

Aoki was founded in 1958 as a fashion retailer offering suits to the general public at affordable prices. Now headquartered in Yokohama, it became listed on the Tokyo Stock Exchange's top-tier market in 1991.

The company, which has around 600 clothing retail stores nationwide, apologized Wednesday for causing a stir, saying that it "takes the situation very seriously and will continue to cooperate fully with the authorities in their investigation."

Toshiaki Endo, the chairman of the Liberal Democratic Party's General Council who formerly served as minister in charge of the Tokyo Games, expressed disappointment over the case, saying it "threw cold water on the efforts of many who worked tirelessly to ensure the success of the games."

In the wake of Japan's successful bid in 2013 to host the Olympics, the organizing committee was formed in January 2014 and Takahashi began serving on its executive board in June that year. The committee disbanded in June this year.

Former Japanese Prime Minister Yoshiro Mori came under fire and resigned as president of the organizing committee after saying at a Japanese Olympic Committee gathering in February 2021 that having women participate in meetings meant they tended to "drag on."

He was replaced by Olympic-athlete-turned-politician Seiko Hashimoto, but the committee was plagued by scandals right up to the Olympics, with a well-known Japanese musician resigning from the creative team for the opening ceremony after admitting that he bullied children with disabilities many years ago.