Shohei Ohtani scored one run and drove in another to help the Los Angeles Angels beat the Minnesota Twins 4-2 and wrap up a 2-1 series win on Sunday.

The two-way star scored the tying run at 2-2 on Luis Rengifo's two-RBI double in the third and later brought home the final run of the game with a single in the seventh. 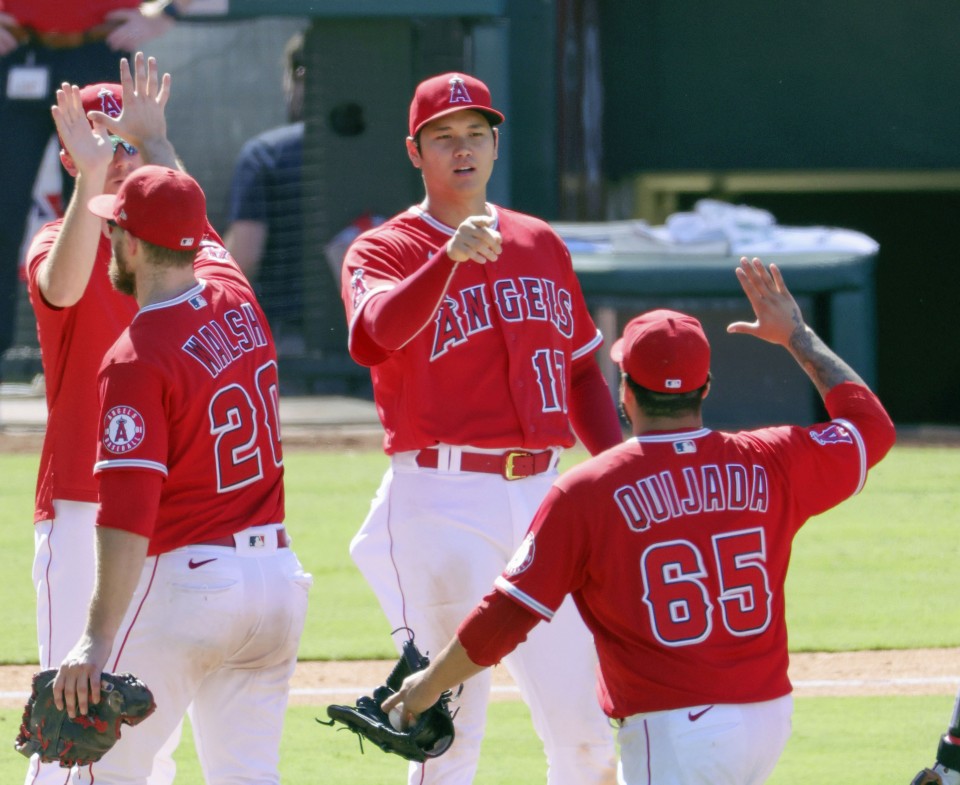 Shohei Ohtani (C) of the Los Angeles Angels celebrates with his teammates upon their win against the Minnesota Twins in Anaheim, California, on Aug. 14, 2022. (Kyodo)

The Halos plated the go-ahead run at 3-2 on Kurt Suzuki's sacrifice fly in the fourth at Angel Stadium.

Ohtani finished 1-for-2, striking out in the first and drawing walks in the third and fifth.

Left-hander Tucker Davidson (2-3) earned his first win since joining the Angels at the Aug. 2 trade deadline. He gave up a two-run homer to Byron Buxton in the first but otherwise kept the Twins quiet through six innings.

The Halos dropped Friday's series opener 4-0 but responded with a 5-3 win on Saturday after Ohtani sparked a comeback with his 26th home run of the season.