Japan has granted refugee status to 98 people who fled Afghanistan since the Taliban returned to power last August, government sources said Tuesday, in a rare move for a country with a poor record on giving asylum.

The number of newly recognized refugees, comprising staff who were working at the Japanese Embassy in Kabul and their family members, exceeded the record 74 refugees accepted by Japan in 2021. 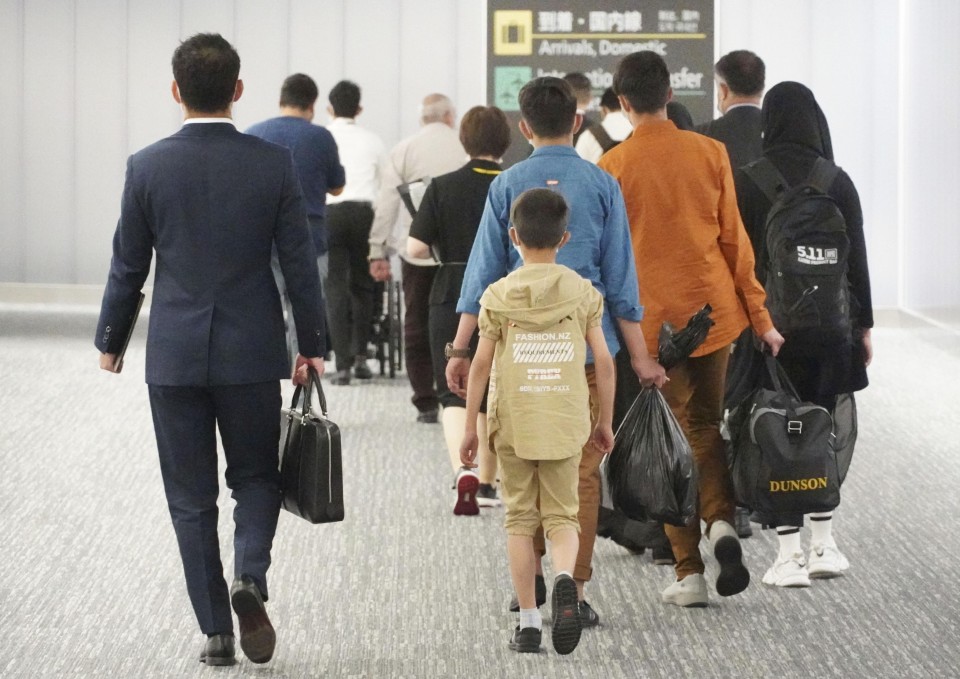 Japan's recognition of the Afghan refugees could affect its future acceptance of people fleeing from countries experiencing conflict including Myanmar and Ukraine.

The refugees, who left Afghanistan amid ongoing attacks on former Afghan government officials and those seen as their collaborators, were among more than 800 Afghans who fled to Japan.

The evacuees also include people working for the Japan International Cooperation Agency and private organizations as well as their families.

They have evacuated to Japan with the assistance of the public and private sectors after facing the risk of being targeted by Taliban supporters for cooperating with a foreign nation which had ties with the former government.

The Taliban returned to power last year after toppling the government led by then President Ashraf Ghani, following the U.S. decision to withdraw troops from the country after 20 years of war.

The Japanese government granted the 98 Afghans refugee status last Friday after taking into consideration humanitarian concerns such as the safety of evacuees, the sources said, with the move seen as prioritizing protection of those who had worked for Japan.

But more Afghan evacuees could be recognized as refugees in the future, as there are a number of people who worked for Japanese nongovernmental organizations or formerly studied in Japan who feel unsafe and wish to settle in the country, according to a person involved in assisting refugees.

Although Japan last year accepted the largest number of refugees since it began recognizing them in 1982, the country has been criticized by human rights experts for failing to meet international standards, with the figure remaining significantly lower than in the West, where some countries accept more than 10,000 refugees annually.

According to the United Nations High Commissioner for Refugees, at least 180,000 people have fled Afghanistan in the past year and a half.

Japan, in step with the United States and other countries, has accepted Afghan evacuees, allowing them to stay for 90 days with "short-term stay" status as a special exception.

In light of calls to not deport evacuees against their will after the 90-day limit, the Immigration Services Agency of Japan has allowed them to stay for one year under certain conditions by granting "designated activities" visas that enable them to work.

Of the 74 people granted refugee status by Japan in 2021, nine were Afghan nationals.

The 98 newly recognized Afghan refugees have been granted a period of stay of five years, and will be eligible to apply for permanent residency if they meet the requirements.