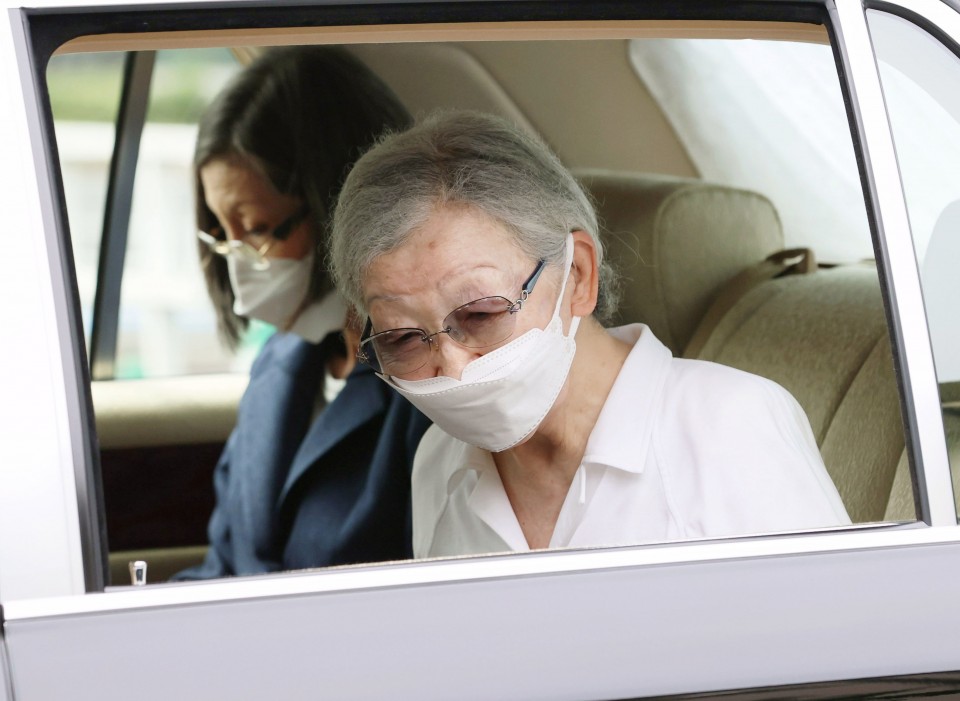 Former Japanese Empress Michiko heads to the Imperial Household Hospital on the grounds of the Imperial Palace in Tokyo on Aug. 26, 2022. She is suffering from deep-vein thrombosis in her right calf. (Pool photo) (Kyodo) ==Kyodo

Japan PM vows $30 bil. over next 3 years for Africa as China, Russia loom

TUNIS - Japanese Prime Minister Fumio Kishida on Saturday pledged $30 billion over the next three years for African development, with a focus on investing in human capital and fostering quality growth in a continent where China and Russia are exerting their influence.

In his online speech to the latest round of international conference on African development known as TICAD in Tunisia, Kishida stressed that Japan will grow together with Africa, differentiating Tokyo's approach from that of China, which critics say has been burdening poor nations with huge debts related to infrastructure projects.

NEW YORK - The review conference of the Nuclear Non-Proliferation Treaty failed to adopt a long-sought report Friday after last-minute opposition from Russia scuttled hopes for consensus at the conclusion of the nearly monthlong session at the U.N. headquarters.

The nuclear disarmament conference ended without issuing a report for the second straight time, the same outcome seen at the previous session held in 2015.

BEIJING - China's large-scale military exercises held earlier this month in areas encircling Taiwan in response to a high-profile U.S. visit to the democratic island have demonstrated Beijing's ability to target Japanese and U.S. troops based in the region and raised their alert level.

The drills, which included China firing ballistic missiles into Japan's exclusive economic zone, highlighted the need to avoid a major military conflict over Taiwan and boost defense for the Nansei Islands, a chain covering Japan's Okinawa and stretching southwest from Kyushu toward the self-ruled island, military experts said.

TOKYO - Japan is considering allowing asymptomatic COVID-19 patients to leave their homes to buy daily necessities as long as they wear a mask and take other measures against spreading the virus, government sources said Saturday.

The proposal comes as cases have hit record numbers in many regions amid a seventh wave of the pandemic that shows no signs of abating, threatening to disrupt societal functions should many be confined to isolation.

HIROSHIMA/NAGASAKI - Atomic bomb survivors in Hiroshima and Nagasaki on Saturday expressed anger and disappointment that the parties to the Nuclear Non-Proliferation Treaty were unable to make progress toward the elimination of nuclear weapons while gathered at the United Nations.

The breakdown Friday of the NPT review conference at the U.N. headquarters suggests "disarmament has stalled," said Toshiyuki Mimaki, head of the Hiroshima Prefectural Confederation of A-Bomb Sufferers Organizations.

The Angels won for just the second time in 11 games, with all but two members of the starting lineup logging at least one hit at Rogers Centre. Reid Detmers (5-4) and four relievers combined on a six-hitter.