The operator of the Fukushima Daiichi nuclear power plant, which suffered core meltdowns in 2011, and the Japanese government said Thursday they will postpone the removal of radioactive fuel debris, originally slated to begin this year, by around 12 to 18 months.

It marks the second delay in removing melted fuel from the plant's No. 2 unit, which was to begin in 2021 but was delayed because of the coronavirus pandemic.

The operator, Tokyo Electric Power Company Holdings Inc., and the government now aim to start removing the debris in the second half of fiscal 2023, which begins in April next year, through March 2024, to ensure that the work proceeds safely and in a surefire way.

Unit 2 is one of three reactors at the seaside site that suffered a meltdown following a massive earthquake and tsunami on March 11, 2011. Debris removal is the most challenging part of the cleanup work under way at the plant. 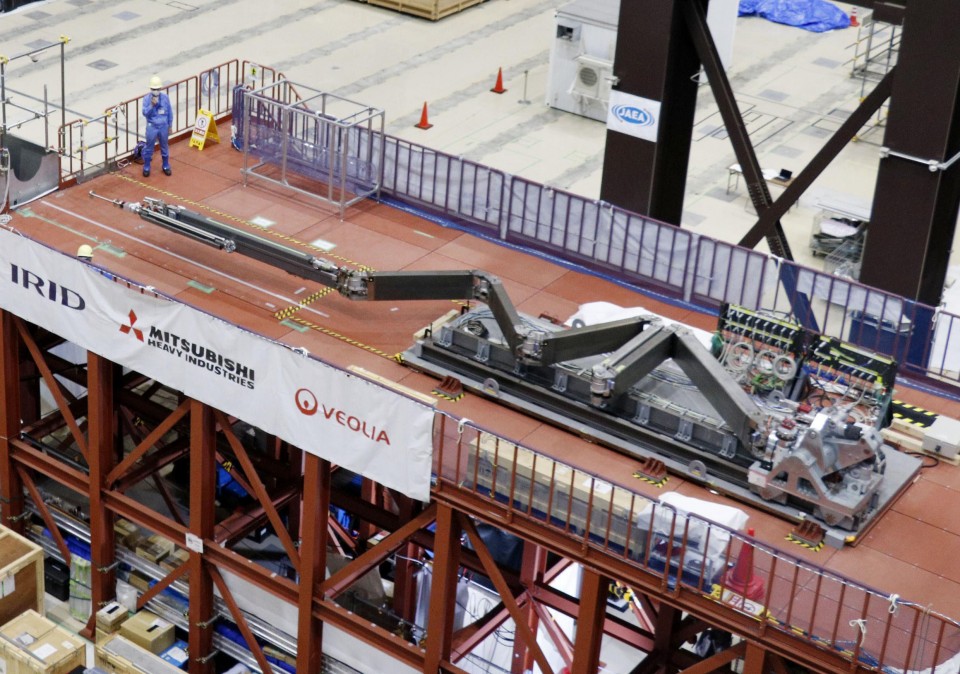 File photo taken on July 8, 2022 in Naraha, Fukushima Prefecture shows a robot arm to be used for the removal of radioactive fuel debris from Unit 2 at the Fukushima Daiichi nuclear power plant. (Kyodo)

The latest postponement followed the discovery of the need to refine an extendable robot arm and the so-called "dual-arm manipulator" used to attach a debris removal device to the robot arm.

The robot arm, which has been undergoing performance tests in Naraha, a Fukushima Prefecture town close to the Daiichi plant, will play a crucial role in the removal process.

The removal process will begin at the No. 2 unit first as the operator had the best grasp of its internal conditions among the three damaged reactors.

The robot arm, which extends to a maximum length of approximately 22 meters, will be inserted into the unit's containment vessel, from which it will extract portions of the debris at a time before gradually increasing the amount.