Japanese train stations, airports and expressways were crowded Sunday as the majority of travelers returned from their summer vacation.

Although many visited their hometowns or elsewhere for the first summer holiday season in three years without COVID-19 restrictions on domestic travel in place, the operators of some transport networks reported sluggish sales as the country continues to grapple with a seventh wave of infections. 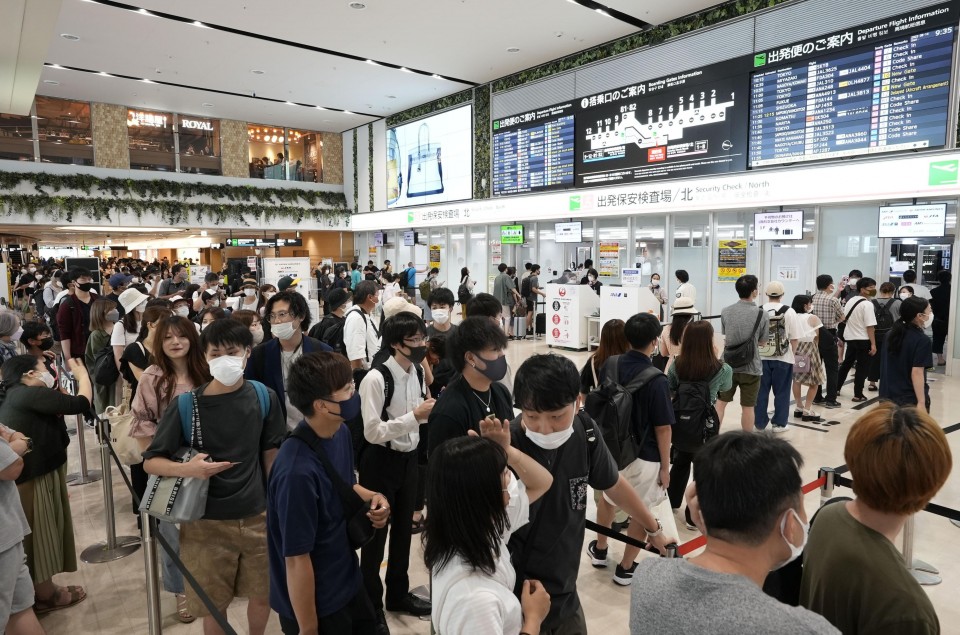 The departure lobby for domestic flights is crowded with travelers at Fukuoka airport in southwestern Japan on Aug. 14, 2022, as many people return to Tokyo and its surrounding prefectures from hometowns in the "Bon" holiday period. (Kyodo) ==Kyodo

Kyoko Ito, a 41-year-old Tokyo office worker, made sure she had a negative PCR test before traveling to her family home in Fukuoka. "As there are no movement restrictions, I could spend my time without worrying what people around me thought."

Her 7-year-old-son, Satoshi, said he spent time catching cicadas with his grandfather. 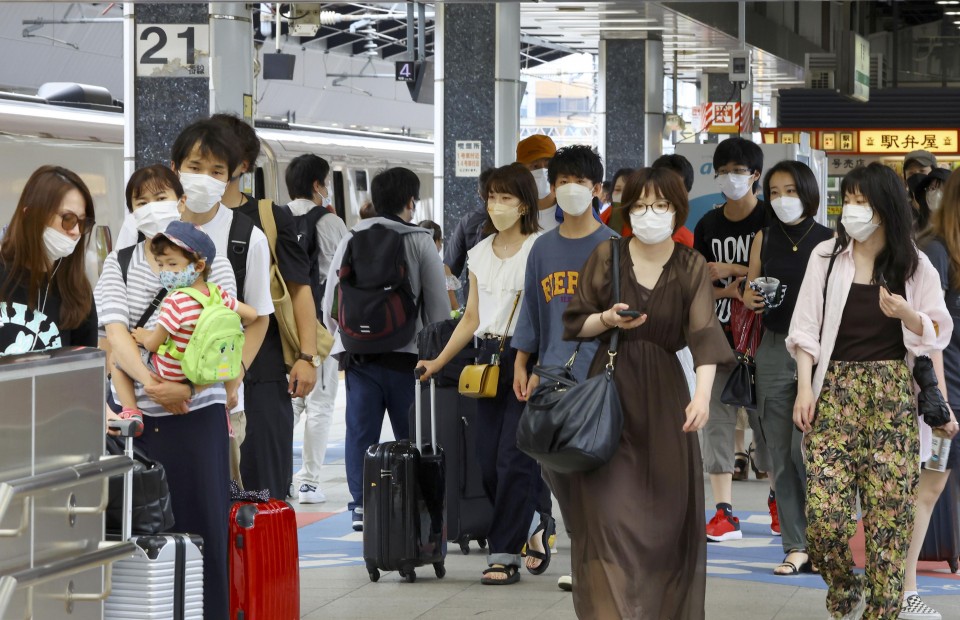 A platform for shinkansen bullet trains is crowded with travelers at JR Tokyo Station on Aug. 14, 2022, as many people return from hometowns in the "Bon" holiday period. (Kyodo) ==Kyodo

Hisamochi attended the Nagaoka fireworks festival, held for the first time in three years after being cancelled due to the coronavirus pandemic, saying, "It moved me because it was very beautiful."

Several rail operators said that reservations for both shinkansen and conventional lines in the one-week period from last Wednesday were 2.69 times higher than the same period in 2021, recovering to about 60 percent of the pre-pandemic level seen in 2018.

But East Japan Railway Co. said that reservations slowed from August as the nationwide number of COVID-19 cases remained high.

Airlines in late July said reservations for domestic flights between Aug. 6 and 16 were 1.7 times higher than the same period in 2021, with a total of 2,998,000 passengers.

On Sunday, some highway sections were also congested, with traffic jams about 20 kilometers long reported on the Kanetsu Expressway, which connects Tokyo and Niigata Prefecture, and the Chuo Expressway linking the capital and central Japan cities, according to the Japan Road Traffic Information Center.