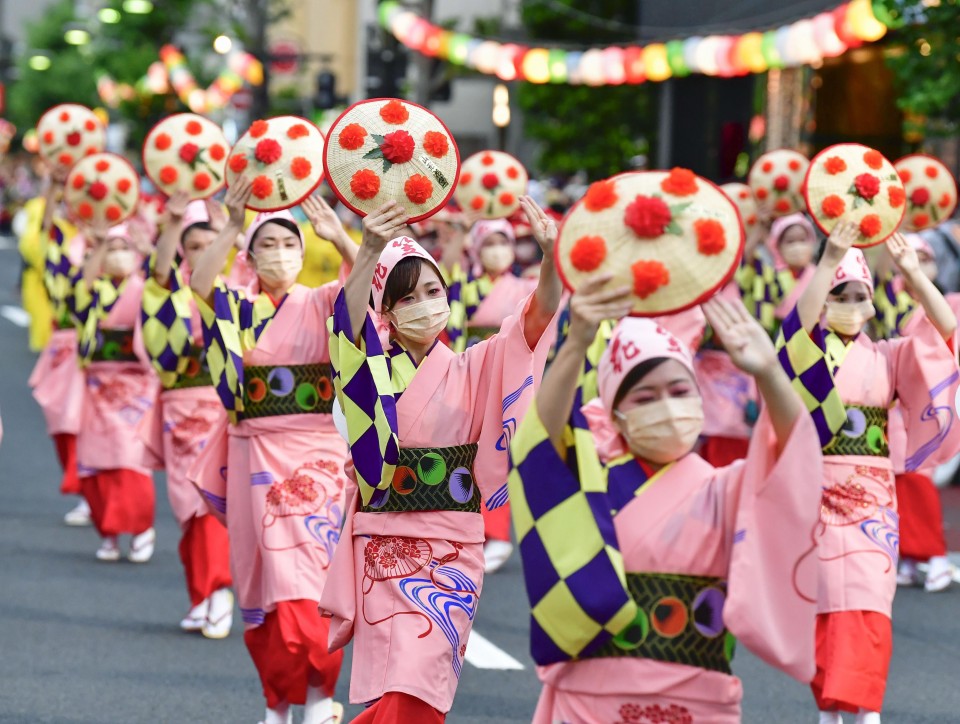 HIROSHIMA - Hiroshima marked the 77th anniversary of its atomic bombing by the United States on Saturday, amid heightened concern in Japan and elsewhere over repeated Russian threats to resort to nuclear weapons amid the war in Ukraine.

Mayor Kazumi Matsui cautioned in a Peace Declaration at a memorial ceremony in the western city that even as civilian lives are being lost in the Russian aggression, reliance on nuclear deterrence is gaining momentum around the world.

HIROSHIMA - Prime Minister Fumio Kishida said Saturday he will make prospective Cabinet ministers review and clarify links to a religious group under the spotlight since the killing of a former Japanese premier, when he reshuffles his Cabinet in an attempt to boost public confidence.

Kishida confirmed publicly for the first time that a reshuffle will take place next week. Natsuo Yamaguchi, who heads Komeito, the junior coalition partner of the ruling Liberal Democratic Party, revealed that the prime minister had told him the revamp would take place on Wednesday.

HIROSHIMA - U.N. Secretary General Antonio Guterres warned on the 77th anniversary of the atomic bombing of Hiroshima on Saturday that a new arms race is accelerating and it is "totally unacceptable" for countries with nuclear weapons to even "admit the possibility" of using them.

Guterres became the first serving U.N. chief to visit Hiroshima since 2010. In a flurry of activity, he conversed with atomic bomb survivors, met with Mayor Kazumi Matsui and toured the Hiroshima Peace Memorial Museum with Prime Minister Fumio Kishida.

SAPPORO - A small fire erupted Saturday at a concert of Japanese male idol group King & Prince in Sapporo, with one person among the thousands of fans at the site transferred to a hospital after feeling unwell, officials of the concert venue and the local fire department said.

Some of the roughly 8,000 audience members were temporarily evacuated from the venue, Hokkaido Prefectural Sports Center in the northern Japanese city, when the fire occurred at around 2:30 p.m. The event was cut short and the evening concert was canceled.

During their meeting in Phnom Penh, Hayashi expressed "serious concern" about executions of four Myanmar people, including two pro-democracy activists, announced last week by the military government that seized power in the Southeast Asian country in a February 2021 coup, according to Japan's Foreign Ministry.

SENDAI - An annual star festival in the northeastern Japan city of Sendai, known for its hundreds of brilliant hanging decorations in shopping areas, commenced Saturday with the biggest crowds expected since the start of the coronavirus pandemic.

The Sendai Tanabata Festival adds to the list of major summer events being held in Japan following cancellations or restrictions on spectators in previous years due to COVID-19, although the country is now facing its seventh wave of infections driven by the highly transmissible BA.5 Omicron subvariant of the coronavirus.

BEIJING/WASHINGTON - China said Friday it has decided to impose sanctions on U.S. House of Representatives Speaker Nancy Pelosi and suspend exchanges with Washington in a range of areas including climate change and military activities following her visit to Taiwan earlier this week.

The United States criticized Beijing for taking further "irresponsible" action by closing down engagement, with White House National Security Council spokesman John Kirby saying a refusal to cooperate toward addressing greenhouse gas emissions can be seen as a punishment not only to the United States but to "the whole world."

GULLANE, Scotland - Overnight leader Hinako Shibuno of Japan finished Friday's second round of the Women's British Open four shots off the pace after carding a 2-over 73, while compatriot Miyuu Yamashita fired 68 to climb within three strokes of the lead at Muirfield.

South Korea's Chun In Gee took the outright lead at 8-under following a round of 66, while Sweden's Magdalene Sagstrom and South Africa's Ashleigh Buhai sat one stroke back tied for second.