Solid profits at major Japanese companies in recent earnings reports are unlikely to translate into near-term wage hikes in broad sectors due to the risk of a global recession, dashing Prime Minister Fumio Kishida's hopes for higher pay to blunt the impact of rising prices.

The Japanese currency's drop to 24-year lows against the U.S. dollar has served as a major profit driver for some blue-chip companies, boosting profits earned overseas and inflating the value of assets held abroad in yen terms.

Companies from automakers and components suppliers to energy companies reported upbeat earnings for the April-June quarter and revised upward full-year projections, driven by the yen's slide. 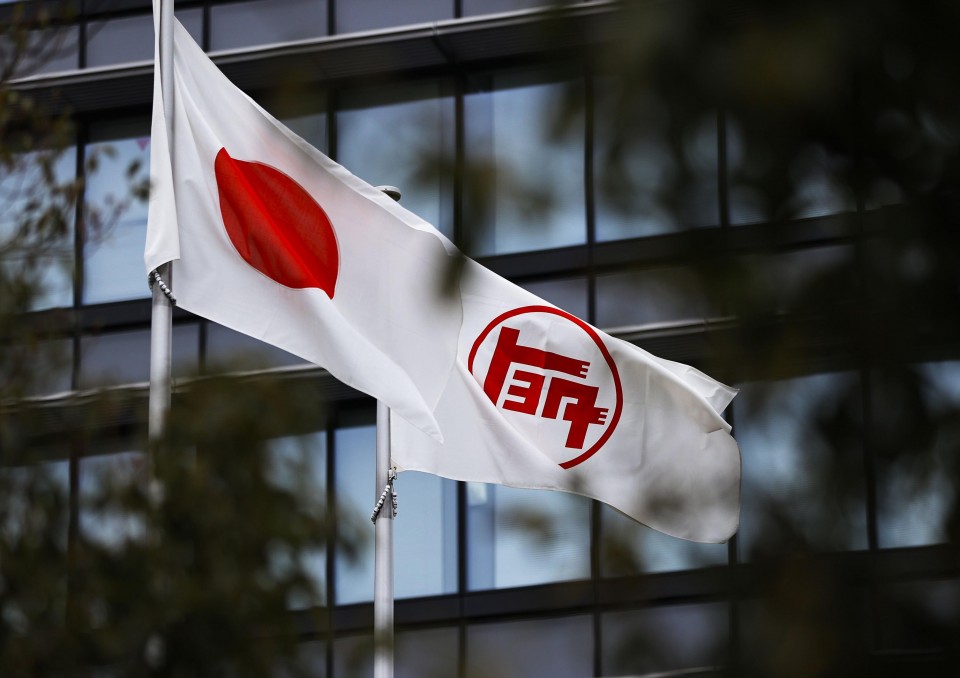 Toyota Motor Corp. earlier this month raised its net profit forecast for the year to March 2023 to 2.36 trillion yen ($17.7 billion) from its previous forecast of 2.26 trillion yen.

"A weaker yen has a big positive impact on our sales," a Toyota official said.

Honda Motor Co. also lifted its full-year operating profit forecast recently due in part to the yen's weakness, while Subaru Corp. and Mitsubishi Motors Corp. reported strong growth in net profit for the three months that ended in June.

Among seven major trading houses, six including Mitsubishi Corp. posted record net profits for the quarter with their resource development projects benefiting from the yen's weakening along with higher commodity prices after Russia's invasion of Ukraine disrupted supplies. 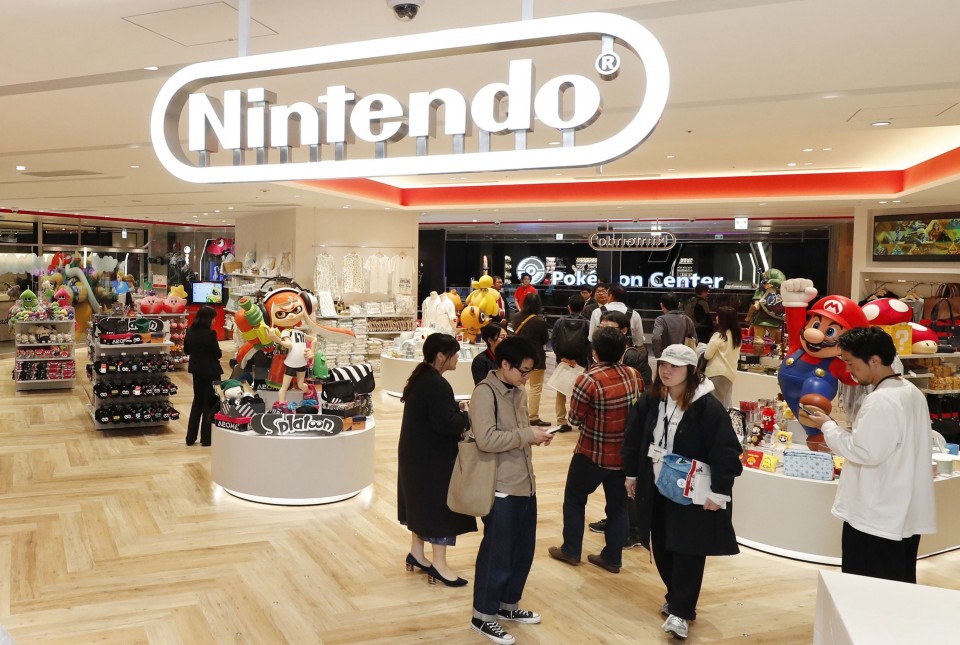 According to an SMBC Nikko Securities survey of 1,440 companies listed on the Tokyo Stock Exchange, their combined net profit in the April-June quarter rose 9.2 percent from a year ago to 12.03 trillion yen.

The solid earnings come as Kishida continues to call on major companies to consider pay hikes. When the premier attended a gathering last month hosted by the Japan Business Federation, the most influential business lobby in Japan, he asked top executives once again for a 3 percent rise in wages.

Salary increases are a pillar of his government's efforts to mitigate the impact of rising commodity and food prices, which pose a major challenge for Kishida and were partly responsible for his Cabinet's approval rating slumping to a low of 51 percent in a Kyodo News survey last month.

The Bank of Japan is sticking to its ultraeasy monetary policy in stark contrast to the global trend of tightening and has repeatedly urged the need for robust wage growth.

The central bank says higher salaries should help spur consumer spending and eventually raise prices in a sustainable manner. The BOJ, which has long been battling deflation in Japan, sees the current hikes as temporary and caused by external factors.

Executives at Japan's two biggest airlines -- ANA Holdings Inc. and Japan Airlines Co. -- said recently that their basic policy is to reward their employees with higher wages when their earnings improve. ANA Holdings is the parent of All Nippon Airways Co. 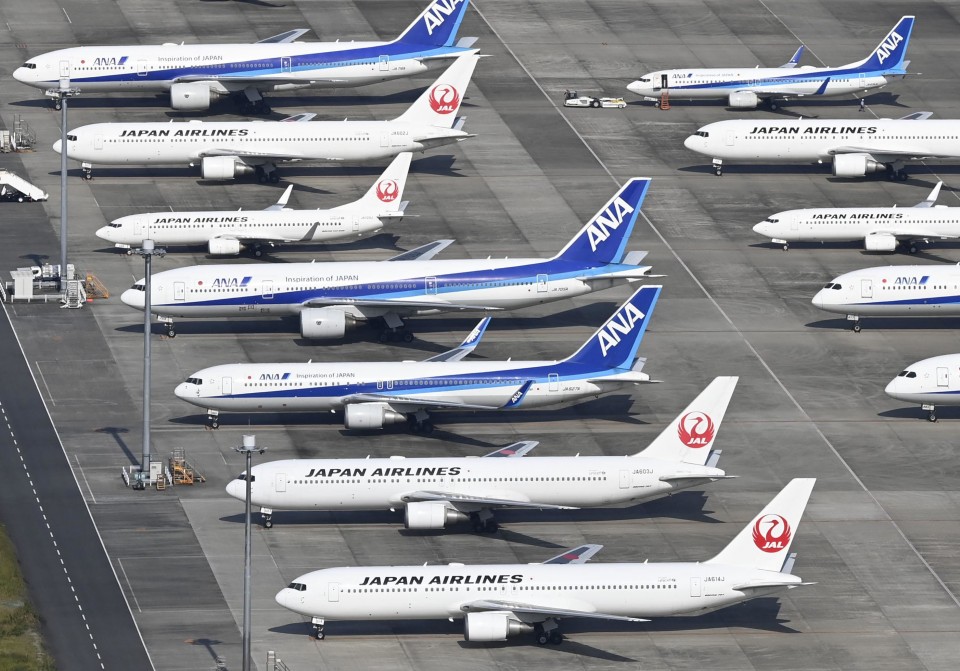 Airplanes of All Nippon Airways and Japan Airlines are seen at Tokyo's Haneda airport in October 2020. (Kyodo)

ANA Holdings posted its first net profit in three years in the quarter that ended in June and JAL said its net loss narrowed in the same quarter from a year earlier.

But economists say the current solid earnings are likely to provide limited room for pay hikes.

"There is just not enough momentum to enable wage increases" across the board, said Saisuke Sakai, senior economist at Mizuho Research & Technologies.

"The positive impact of a weaker yen on exporters is seen as a temporary factor and nonmanufacturers, which account for the majority of Japanese companies, are still recovering from the pandemic," he said.

The gloomy global economic outlook on the back of inflation and the impact of the prolonged war in Ukraine are likely leave top executives cautious about increasing personnel costs.

"We want to reward our employees" for the improved results, JAL Senior Managing Executive Officer Hideki Kikuyama told Kyodo News after a press briefing for its latest earnings. "But we are not in a situation where we can raise basic wages immediately."

JAL's quarterly net loss reflects the fact that travel demand is still recovering from the pandemic. A recent resurgence of new cases in Japan leaves the outlook uncertain.

Some industries such as the utility sector are feeling the pinch from the weaker yen as the currency raises import costs, making it difficult to pursue salary increases.

"To achieve the sustainable wage increases that the government wants, companies need to increase productivity" rather than relying on external positive factors such as a weaker yen, Sakai said. "The bar is still high."