Naomi Osaka exited from the first round of the Western & Southern Open in Cincinnati on Tuesday with a 6-4, 7-5 loss to China's Zhang Shuai.

Runner-up at the U.S. Open warm-up event two years ago, former world No. 1 Osaka landed 10 aces but otherwise struggled with her first-serve accuracy. Her 21 winners for the match were also outweighed by 29 unforced errors. 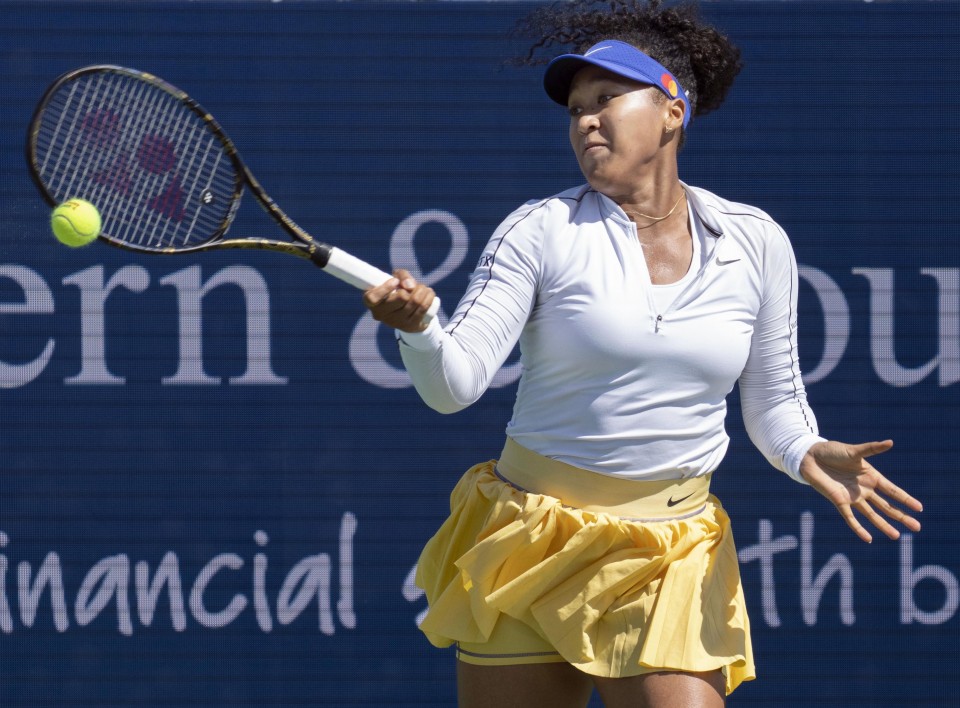 Naomi Osaka plays in the first round of the Western & Southern Open in Cincinnati on Aug. 16, 2022. (For editorial use only)(Kyodo)

The four-time Grand Slam winner broke Zhang just once, during a fightback from 5-3 down to 5-5 in the second set, but a string of costly errors enabled her 44th-ranked opponent to break back before serving out the match.

The result leveled the pair's head-to-head record at three wins each.

Current world No. 39 Osaka will bid for her third U.S. Open crown when the final Grand Slam of the season starts on Aug. 29.

She retired from her opening match at the National Bank Open in Toronto on Aug. 9 because of a back injury.