An estimated 369.65 million disposable cups were used to serve drinks by nine major coffee chains in Japan in 2020 alone, highlighting limited progress in promoting reusable cups and cutting waste, according to a recent survey by an environmental conservation group.

Greenpeace Japan said the annual waste translates into 1 million single-use plastic and paper cups a day, which, if stacked on top of each other, are "equivalent to the height of more than 10,000 Mt. Fujis," reaching an altitude of over 37,000 kilometers. 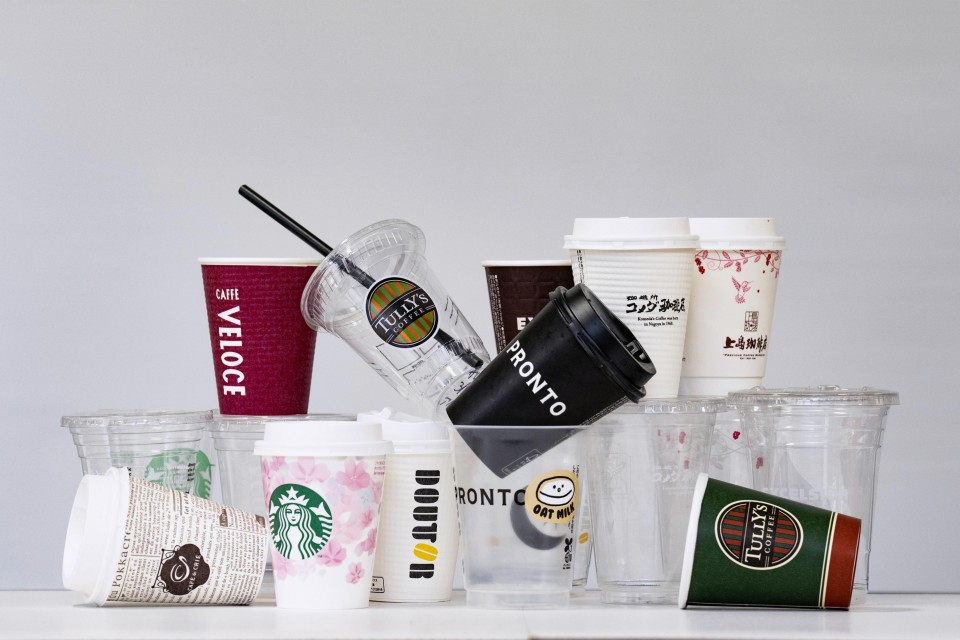 Starbucks is estimated to have consumed the largest number of disposal cups, totaling around 231.7 million, of which some 142.1 million were plastic cups. It was followed by Tully's Coffee at 72.5 million cups and Pronto at 35.3 million cups.

These three chains mostly serve beverages in disposal cups even for customers drinking them at the chains' shops, increasing their dependence on disposables as a result, according to Greenpeace.

As part of that effort, its Japanese branch has started serving cold drinks in glasses at 106 of its shops since April, while offering takeaway drinks in rental reusable cups on a trial basis, according to the official.

The report said about 91,000 single-use disposable cups are thrown away every hour in the Japanese cafe sector alone.

"With most of them being incinerated, or, in the worst case, improperly disposed into the environment, combined action from the cafe sector and the government is urgently needed to end the flood of single-use cups and transition towards a system based on the mantra of 'reduce, reuse, and refill,'" it added.

Tomohiro Tasaki, the head of the National Institute for Environmental Studies' research on resource circulation and waste management, said one of the steps the coffee chains can immediately take to cut plastic waste is apparently switching to reusable cups for dine-in service.

"They should be able to promote the shift to reusable cups reasonably smoothly by introducing a new sales system such as charging for disposable cups and giving discounts to customers using reusable ones," he said.