U.S. President Joe Biden unveiled an additional $2.98 billion in military aid for Ukraine on Wednesday, marking the country's Independence Day and the six-month milestone since the Russian invasion began.

The package will enable Ukraine to acquire air defense and artillery systems, munitions, radars and other equipment to ensure it can continue to defend itself over the long term, Biden said in a statement.

The United States will also provide the war-torn country with aerial systems to counter unmanned vehicles.

"Today is not only a celebration of the past, but a resounding affirmation that Ukraine proudly remains -- and will remain -- a sovereign and independent nation," Biden said.

Ukrainian President Volodymyr Zelenskyy pledged in a video message to take back the parts of the eastern Donbas region that have been seized by Russia since the invasion began on Feb. 24, as well as Crimea, which has been annexed by Russia since 2014.

In a virtual address to a U.N. Security Council session Wednesday, Zelenskyy also accused Russia of launching an offensive on a train station in an eastern region, killing and injuring people.

The Ukrainian parliament declared the country's independence on Aug. 24, 1991, before the collapse of the Soviet Union. 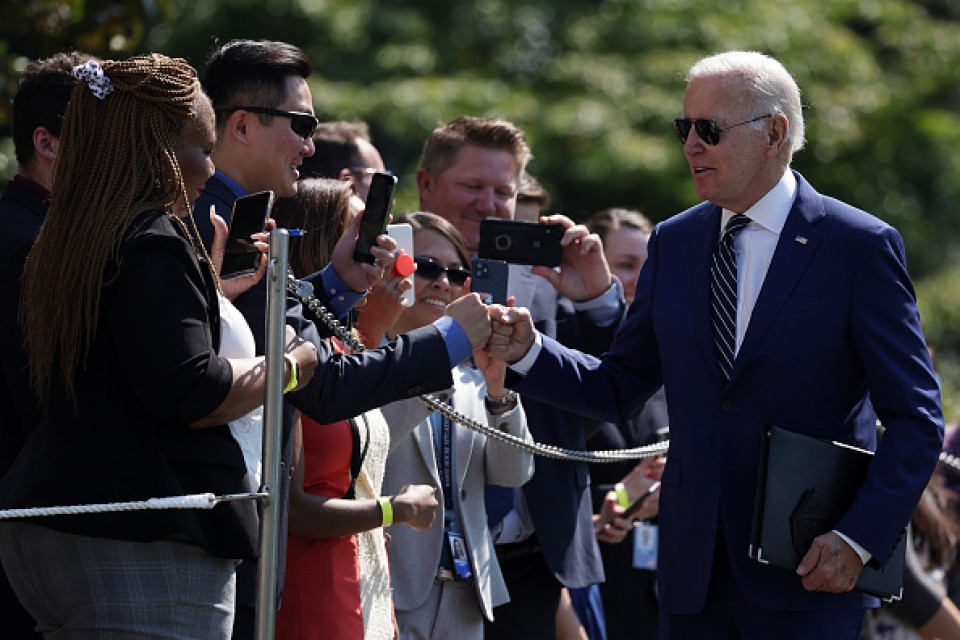 U.S. President Joe Biden greets guests after he returned to the White House on Aug. 24, 2022, from a summer vacation in Delaware. (Getty/Kyodo)